Westside Atlanta residents crowded into shaded areas with elected officials and leaders from Equifax to watch the ribbon-cutting ceremony for the On the Rise Financial Center and Quest Westside Impact Center on July 1.

On the Rise and the Quest Westside Impact Center are located in a Quest Community Development Organization building on Joseph E. Lowery Boulevard. Leonard Adams, Jr., Quest Community founder and CEO, says the financial levels in Atlanta’s Westside communities are positioned to grow as families with higher incomes are expected to move into the area.

The new center focuses on offering the neighborhoods of Vine City, English Avenue and Castleberry Hill services like financial education classes, one-on-one financial coaching, and support for people who are preparing to buy a home or start their own business.

Westside Atlanta resident Syrlis Powell was a recipient of On the Rise’s financial services. The center provided her with a financial education that she would not have received while in public school.

“To be able to receive knowledge and be able to have a coach who held my hand throughout this process was really beneficial to me becoming a homeowner,” Powell said.

In addition to getting to a financial position where she could buy a home, Powell says that the resources from On the Rise helped her raise her credit score into the 700s and create strategies for her to save enough money to open a non-profit business in the future.

On the Rise also provides access to credit union resources and banking services thanks to local organizations Invest Atlanta, the Arthur M. Blank Foundation and the credit reporting agency Equifax.

Equifax Foundation President David Stiffler said the company’s leaders thought a financial center was necessary for Westside Atlanta after hearing residents say they needed help with their financial situations. Stiffler said that the idea for creating On the Rise was to provide “a safe place for residents to come and understand what their financial future looks like” and how Equifax can help them make it better.

Another goal Stiffler has for On the Rise is to have the financial center work with Greater Atlanta Builds Credit. This program is another Equifax initiative designed to work with thousands of Westside Atlanta residents to help them understand the importance of having better credit and banking resources.

“We have to have a mixed level of income to have a real beloved community,” Adams said.

Adams says that Quest is now focusing on making sure there is enough affordable housing and access to financial resources so that all West Atlanta residents can have access to disposable income and the opportunity to build wealth.

Atlanta City Councilman and mayoral candidate Andre Dickens praised On the Rise for creating an opportunity for West Atlantans to become more financially literate. He also says that his office will continue to support the financial center and help them to serve the community.

“It takes all sectors of society putting their hands in the pot to contribute,” Dickens said. “It takes good leadership with a warm heart and inclusivity to be able to make that happen.”

Olivia Maxwell, On the Rise’s Executive Director, was taking pictures with business and political leaders and hugging residents after cutting the ribbon to open the new ceremony. She also encouraged residents to tell their friends to visit the center for financial support.

Maxwell says that she wants On the Rise to allow West Atlantans to live in a home in the area and not worry about getting priced out of it when higher-income residents move to the community.

“We’re fighting gentrification at its best,” Maxwell said. “We’re helping to make sure that those that live in this area that are legacy residents have the opportunity to level up.” 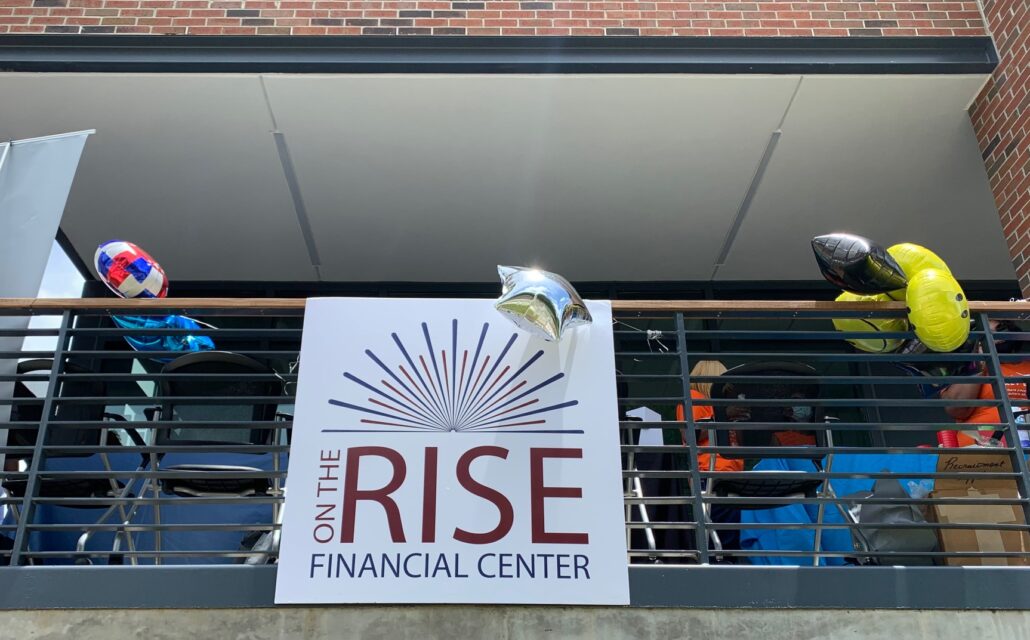 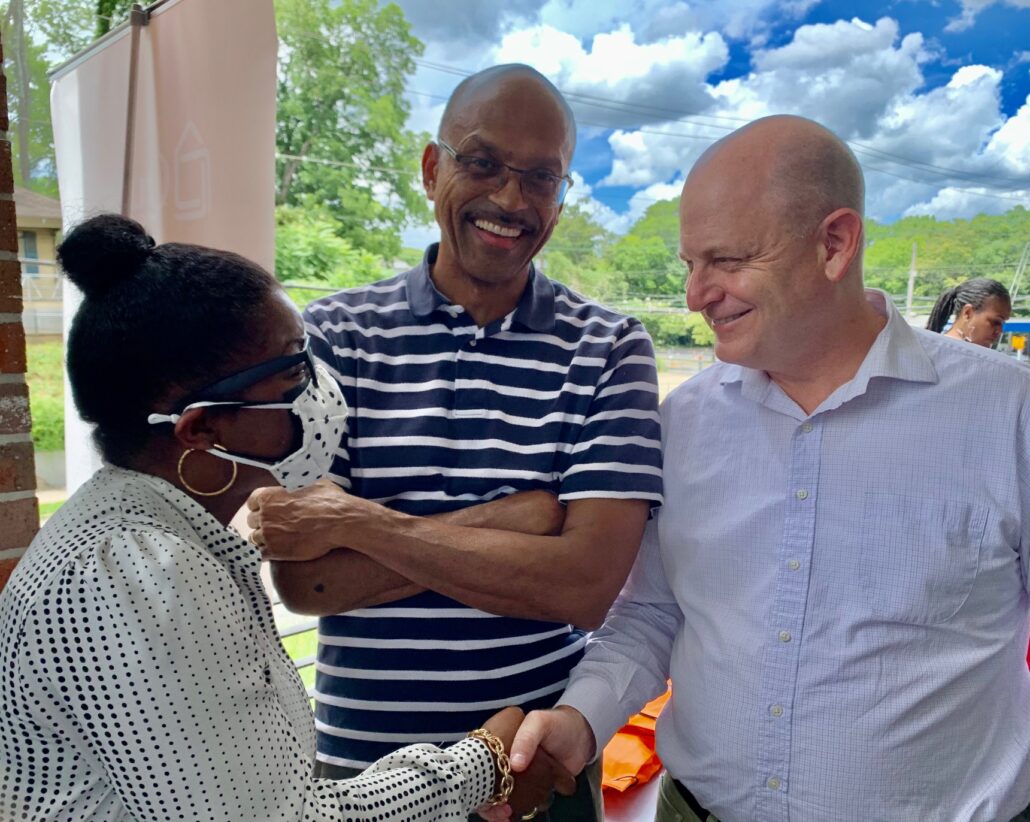 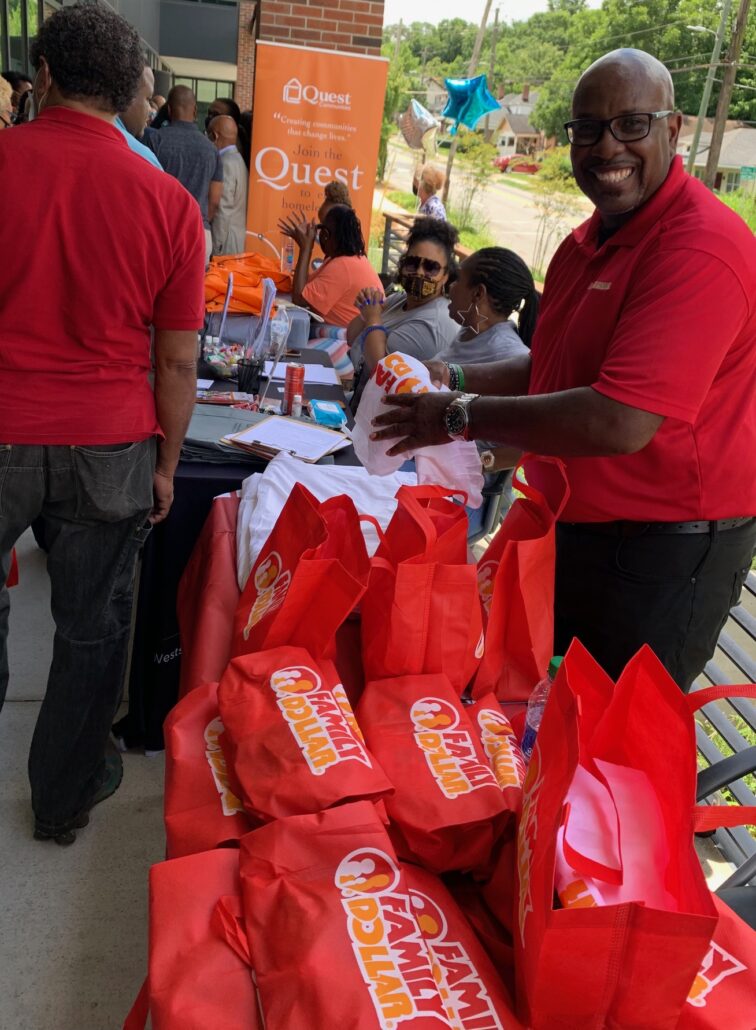 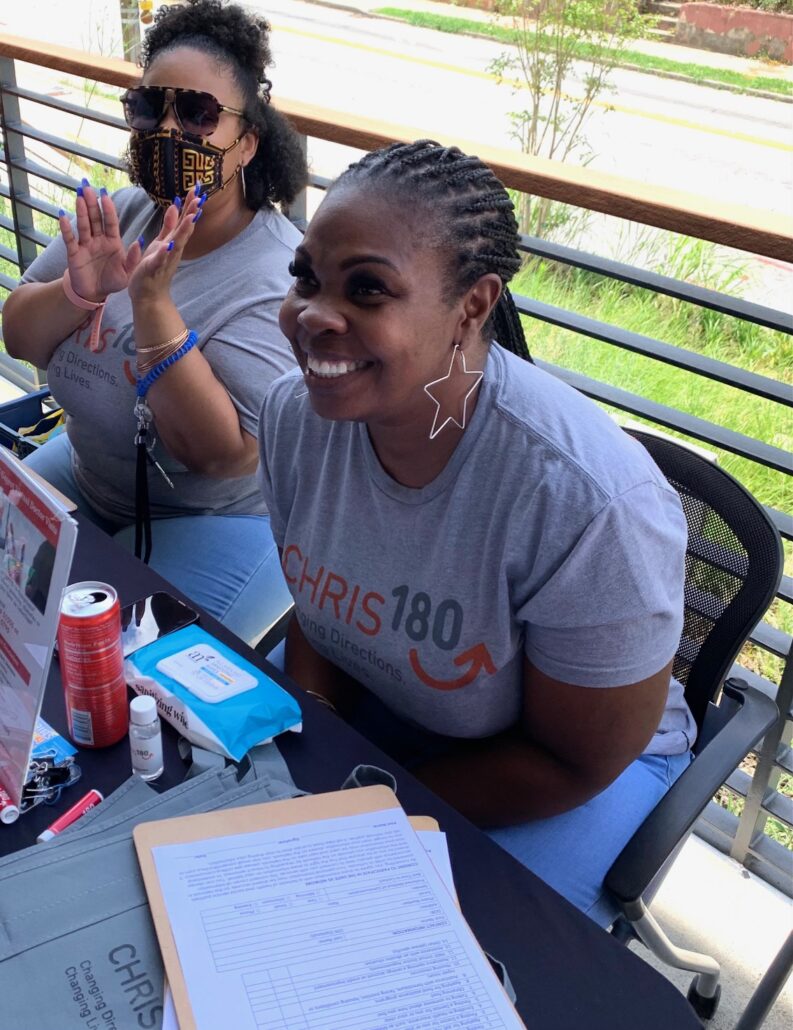 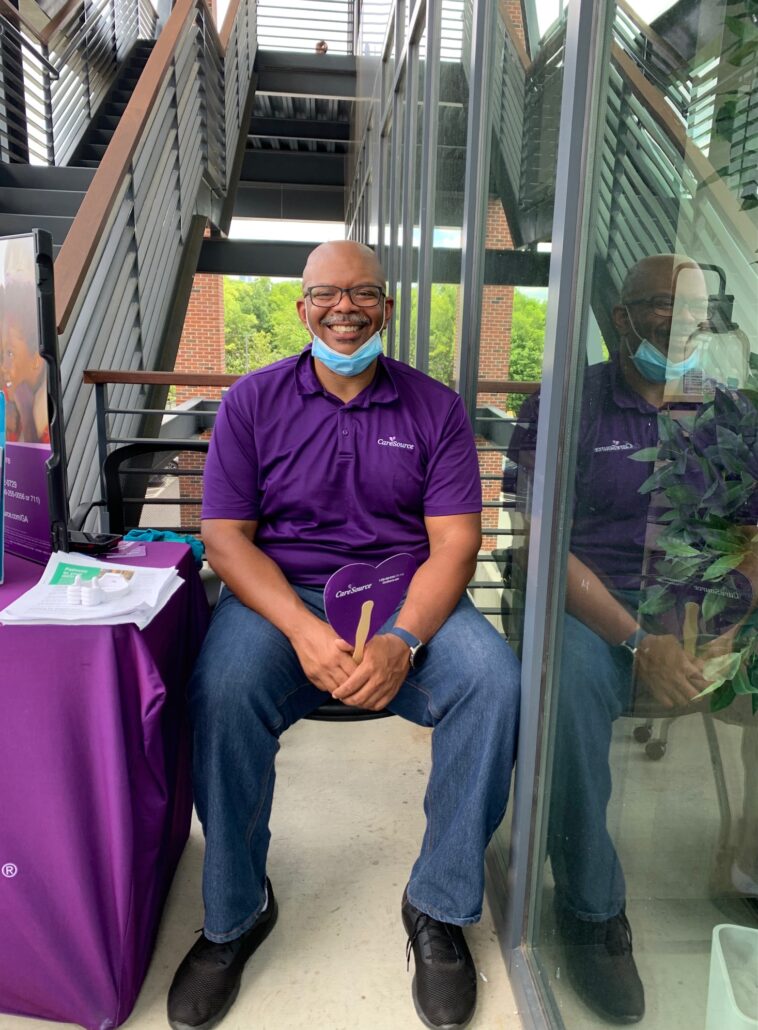 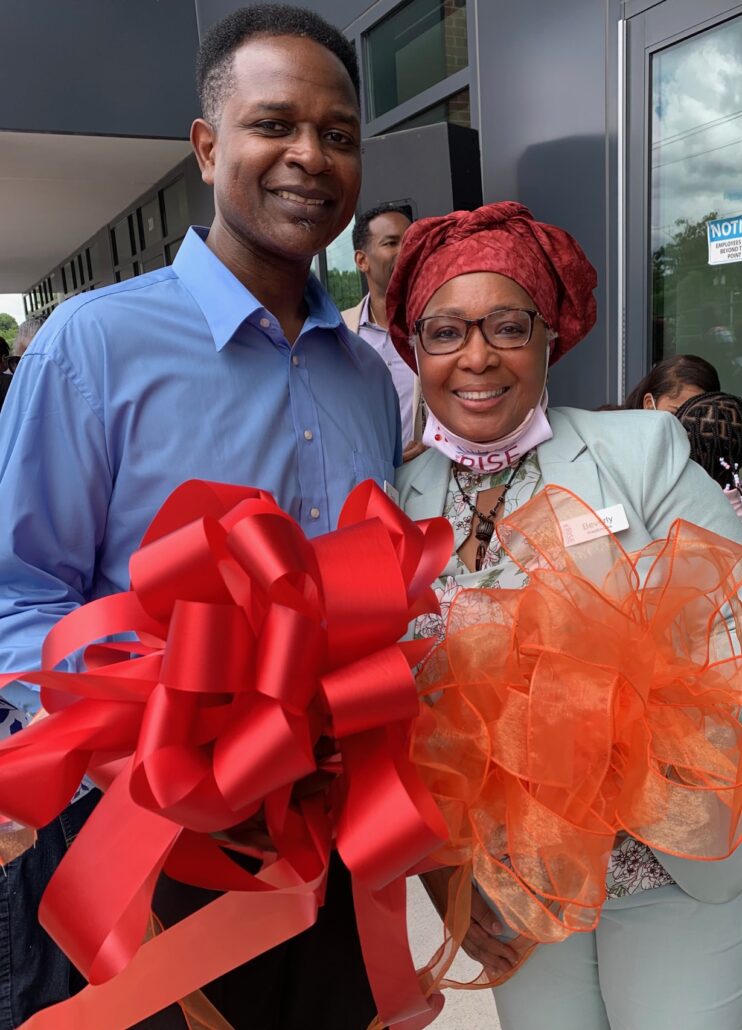 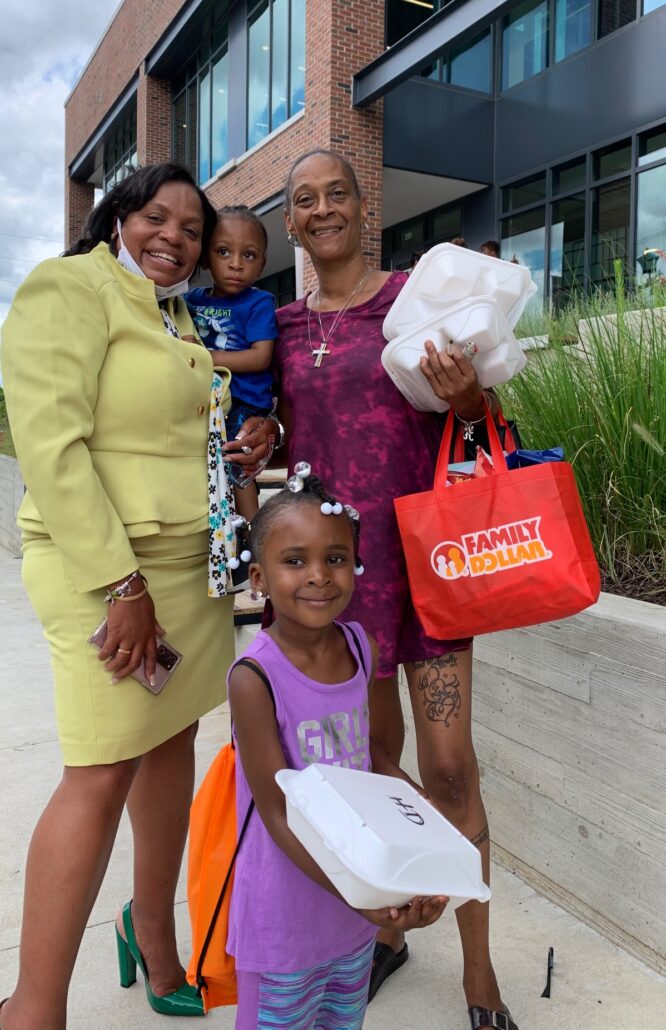 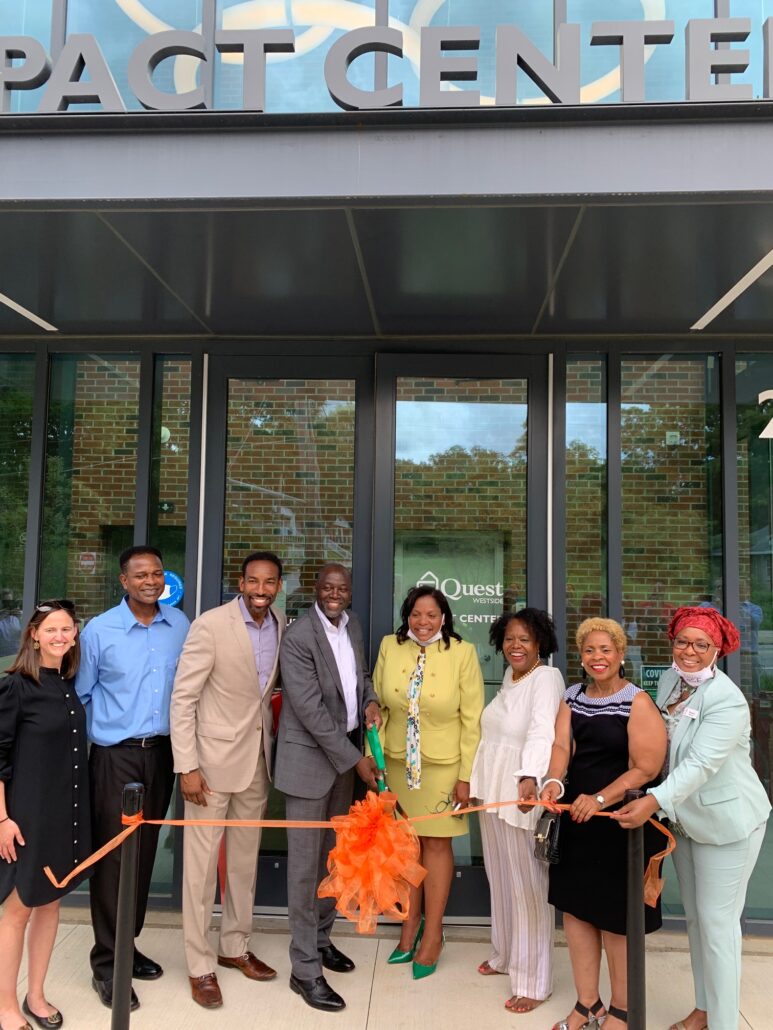 Editor’s note: this article has been updated to correct an error in David Stiffler’s title.