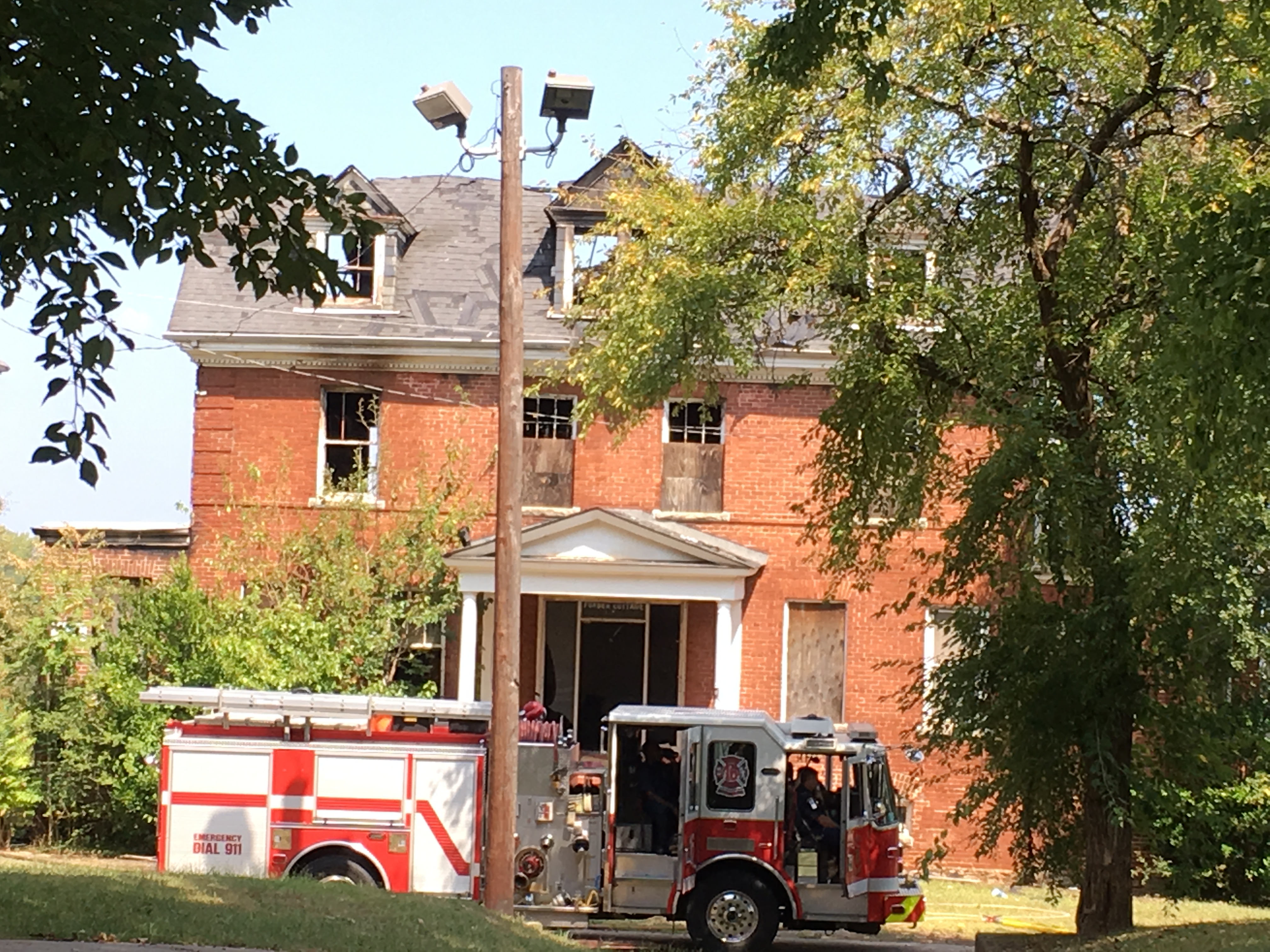 Fire has damaged Furber Cottage, a boarded-up 1899 building that started life as a dormitory at what was then Atlanta University. 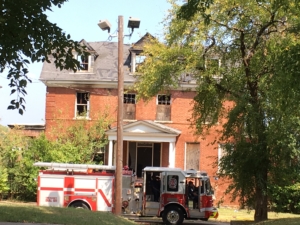 He said that firefighters couldn’t go in the building due to risk of its collapsing.

From outside on the sidewalk, damage to the roof and top story was visible.

The first floor of the building was boarded up and no one should have been inside, Stafford said. But Atlanta Fire is still investigating the cause of the blaze, and Stafford said it’s possible that people had gone inside the building.

The building is now owned by Clark Atlanta University. It and other historic buildings suffered with the decline of Morris Brown College, which had had use of several buildings and acres of land since a donation by what was then Atlanta University in 1940. When Morris Brown tried to sell the property after its 2012 bankruptcy, a court found that a clause in AU’s donation meant the land would revert to AU’s successor, CAU.

CAU did not immediately respond to requests for comment.

Furber looks onto the same overgrown, shady quad as the crumbling remains of Gaines Hall, an 1869 building heavily damaged in a 2015 fire. Those buildings and others were built to take advantage of a breezy high point on the west side of early Atlanta.

Furber first served as female dormitory and was also known as the King’s Daughters’ Model Home and the Maria B. Furber Cottage, according to an archival photo stored at the Robert W. Woodruff Library at the Atlanta University Center.

A 1914 edition of The Atlanta University Bulletin describes the residents as learning home economics by taking turns running the place:

“Customarily the Senior Normal girls have lived in this cottage in groups of fifteen, each group remaining four months and for that time taking entire care of the building, preparation of meals, etc., under the supervision of the matron,” it reads.

Furber Cottage is part of the Atlanta University Center District, as recognized by the National Register of Historic Places.

A 1975 photo of Furber Cottage, submitted as a part of the Atlanta University Center District application to join the National Register of Historic Places. Credit: Randolph Marks

Before the fire: a back view of Furber Cottage shows boarded-up entrances. Credit: Kelly Jordan