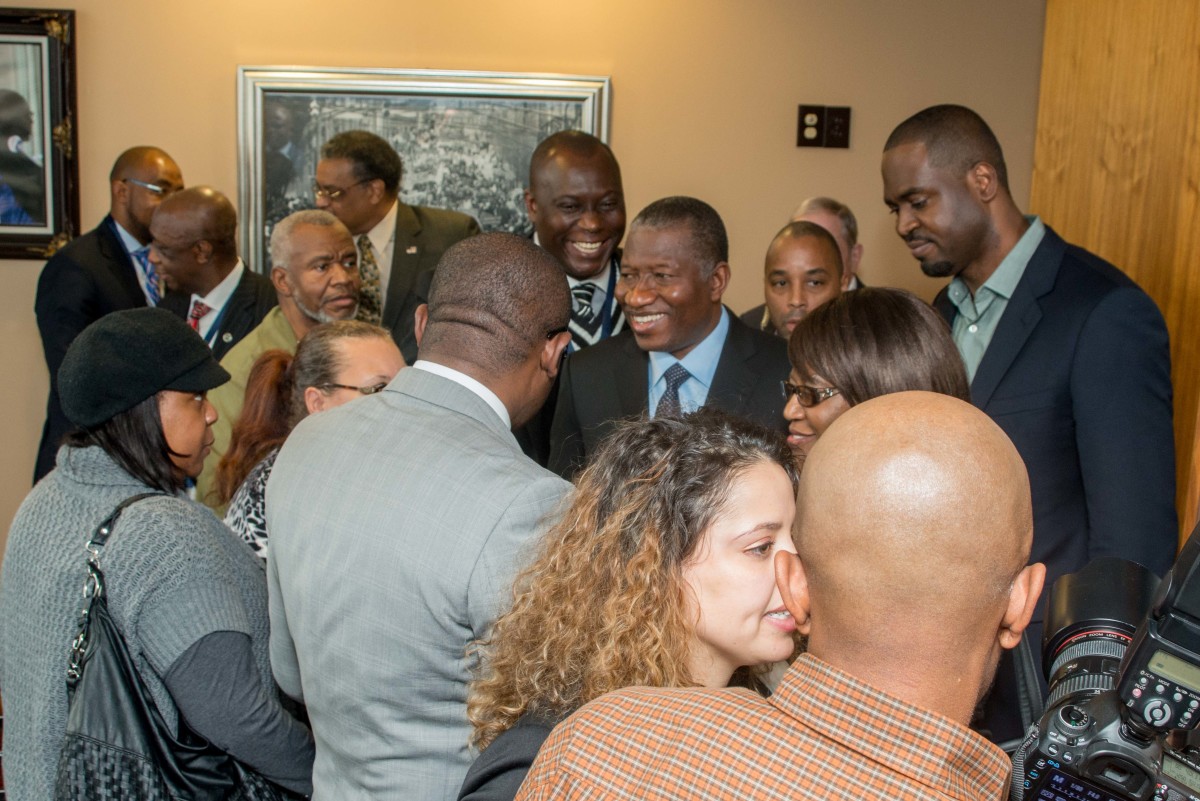 Dr. Goodluck Ebele Jonathan is an engaging and enigmatic African leader. In 2010 he became President of Nigeria, Africa’s most populous and prosperous nation, without ever having been elected to a major political office previously.

“There has not been any rise that’s been so meteoric in Nigeria,” analyst Charles Dokubo said in 2010. 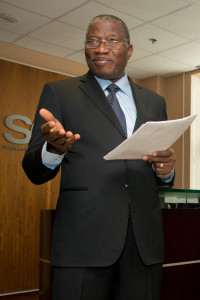 Five years later Dr. Jonathan earned the unique distinction of being the first sitting president to be defeated in a Nigerian election which was due in part to his inability to curtail the Islamic insurgency of Boko Haram. The Boko Haram militant group has reportedly killed 20,000 people, forced some three million others from their homes and abducted 200 schoolgirls.

“No doubt former Nigeria President Dr. Jonathan was never a politician,” opined Comrade Adesanya Adebayo Eniola, a Nigerian Rotarian and astute political observer in a recent email message. “He was a good leader with good intentions but he was too weak to co-ordinate large groups of people. He forgot that Nigeria is a multi-nation state filled with over twenty tribes with different cultures.”

Never-the-less, he is hailed as a political game changer. Joseph Beasley, the Southeast Regional Director of Rainbow/PUSH and an expert on African affairs, praises Jonathan as “a global statesman” who set a political precedent for peaceful transitions among African leaders.

“Goodluck Jonathan is an extraordinary human being who comes from humble beginnings,” Atlanta-based international activist Beasley told me. “Goodluck Jonathan could well become the President of a United States of Africa and a role model for the 250 million African’s living in the Diaspora.”

That fervent feeling about Dr. Jonathan, and his potential impact as a political force on the international stage, is what compelled Dr. Charles Steele, Jr., president of the Southern Christian Leadership Conference [SCLC] to honor him last week. He was awarded with the Presidential Award in recognition of his leadership in advancing human rights, social justice and the fight for universal freedom. 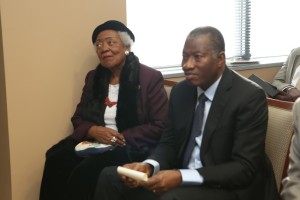 “While Dr. Jonathan has had his problems, as we all have, we believe his historic efforts to preserve peace and nonviolence during his nation’s presidential transition of power is a notable first for Nigeria, and a significant step for the continent over which it holds increasing sway,” said Steele. “His actions then to step aside and not fight his defeat, and what he is doing now to promote peace and prosperity around the world with his Goodluck Jonathan Foundation reflects the spirit of peace, love and justice championed by Martin Luther King Jr.” 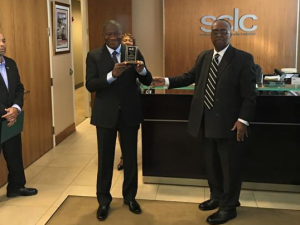 Jonathan responded that his vision is to help stabilize and promote democracy and peace in Africa. He went on to say that without peace you cannot have economic progress.

He revealed that this was the reason he pushed for Nigeria’s intervention to ensure peace in various African nations such as Côte d’Ivoire while he was in office.

Dr. Goodluck Jonathan and President Steele then agreed to collaborate along the lines suggested by the former Nigerian President.

At the event, former President Jonathan expressed his gratitude to the SCLC for inviting him and declared that it was “virtually impossible to separate this worthy body from its founder, the late great Dr. Martin Luther King Jr, or from epoch making landmark events of the American Civil Rights movement”. 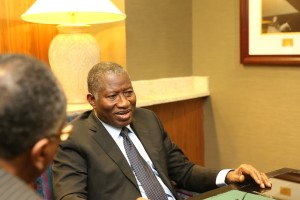 He also said “My personal takeaway from Dr. Martin Luther King Jr is service to God and the brotherhood and equality of all men before their Creator.

In keeping with that, I have learned not to look up to any man, except he is taller than I or to look down on a fellow mortal, except I am admiring his shoes”.

“Those words helped me deliver on my stated promise to deepen democracy in Nigeria and in the process demonstrate through action that nobody’s political ambition is worth the blood of any Nigerian.”

Adesanya Adebayo Eniola says Dr. Jonathan’s graceful exit from office may prove to be the tipping point for political change and the end of dictatorships throughout Africa. 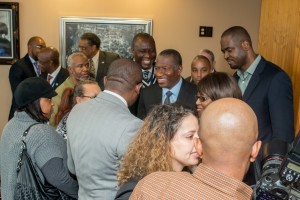 “Dr Goodluck Ebele Jonathan is a good leader,” he said. “He will be respected all over the world for a long time to come, because of the singular sacrifices he made to unite Nigeria and Africa at large by laying a good example for accepting the results of the last general election. This has become a reference point when it comes to elections in Africa. Many believe that if Jonathan doesn’t accept the results of his election defeat, war might spring out in Nigeria.”

He adds. “Dr. Jonathan has taught many aspiring African leaders and future world leaders to accept election results so as to sustain democracy in the entire world.”