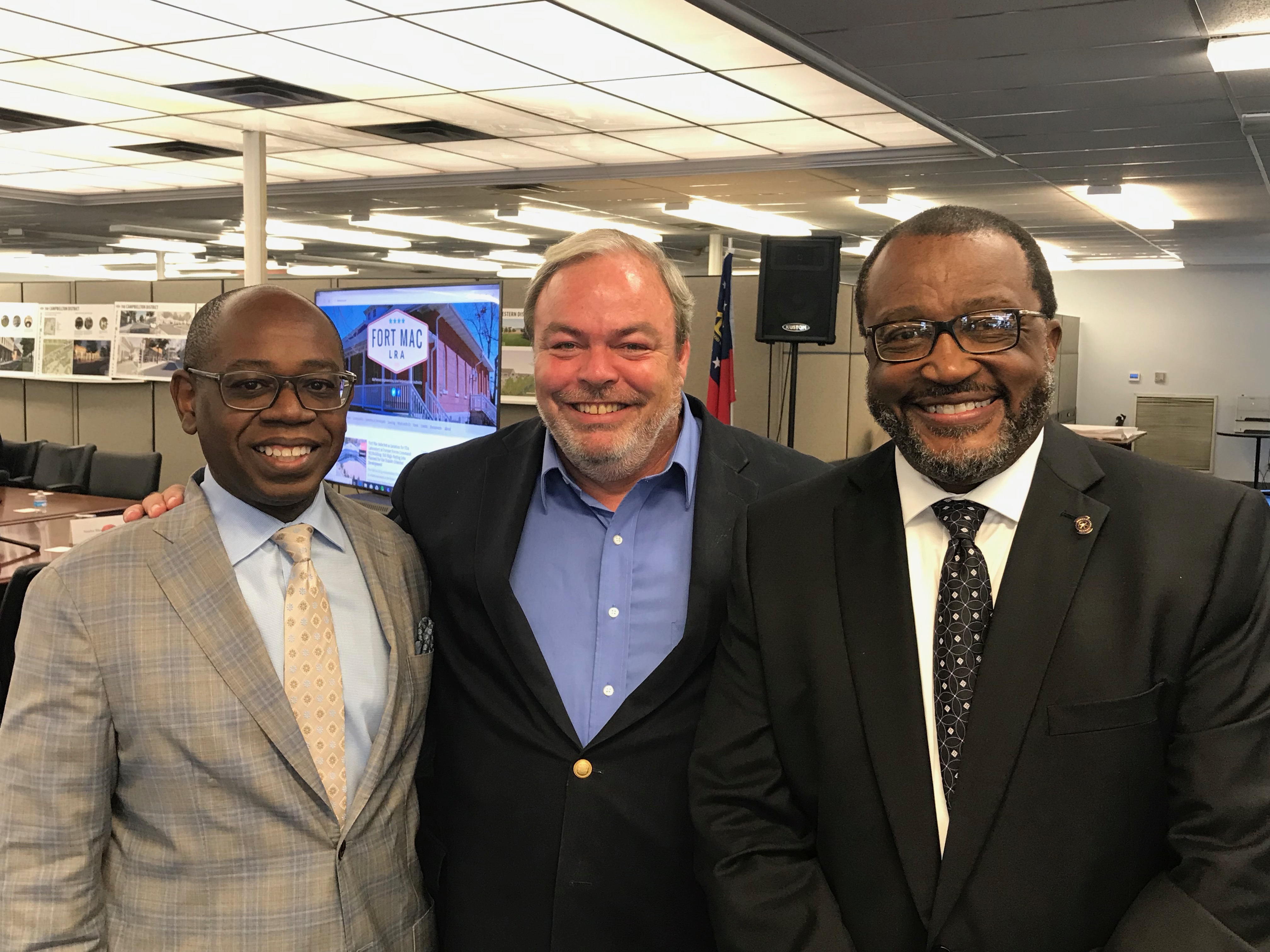 The board overseeing the development of Fort Mac’s board got a new pitch Monday from a team that would redevelop the portions of the former army base not owned by studio owner Tyler Perry.

The master planner – Macauley Investments – will team up with David Moody, CEO of C.D. Moody Construction to co-develop the remaining 145 acres. The joint venture is being called Moody-Macauley, with Macauley having 51 percent interest and Moody having 49 percent.

“It’s funny how things work out,” said Stephen Macauley, principal of Macauley Investments, while presenting the partnership to the board that oversees the southwest Atlanta property. “This delay that we went through has brought lots of things to the table and one of which is David — a great deal of experience and a perfect complement to our company.” 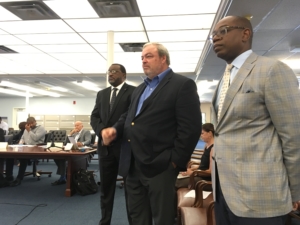 The “delay” is the gap of time since February, when Macauley asked the board of the Fort McPherson Implementing Local Redevelopment Authority to approve a master project area agreement —a document that would move his company from planner to developer.

But the board went months without meeting.

In 2014, then Atlanta Mayor Kasim Reed entered into an agreement with Tyler Perry that involved selling 330 acres of the Fort Mac property for the headquarters of Tyler Perry Studios for $30 million.

Over the years, Perry has expressed interest in buying the remaining 145 acres of Fort Mac that he didn’t own. He was especially interested in buying the Forces Command (FORSCOM) building, which had been a nerve center for the Army.

But last December, the Fort Mac board entered into an agreement with Easterly Government Properties to sell the FORSCOM building for $17 million. Easterly will lease the building to the U.S. Food and Drug Administration, which will move its laboratory from Midtown to Fort Mac in a couple of years once the facility is renovated.

On Aug. 26, despite an appeal from Mayor Bottoms to postpone the sale of the building to Easterly and to consider an offer by Tyler Perry to buy the remaining acreage, the Fort Mac board voted 10 to 1 with one abstention to proceed with the Easterly sale.

(The one no vote was Carmen Chubb, the mayor’s chief of staff. Fulton County Commissioner Marvin Arrington abstained from the vote).

Soon after that vote, Tyler Perry publicly said he had no interest in buying any more property at Fort Mac. He said the sale of the FORSCOM building for the FDA would not be the best use of the property, and that would hurt any future redevelopment of the project.

Because Perry has said he’s no longer interested in buying any more land, the Fort Mac board is reviewing the Macauley development proposal even more seriously that before.

At the Monday board meeting, Macauley introduced Moody as his co-developer; and Euclid Walker, managing partner of Parkway Investments in West Palm Beach, Fla., as his financial partner. Both Moody and Walker attended Morehouse College.

Originally, Moody was going to be a key contractor of the project. “I was always part of the team; I just moved up to a different level,” Moody said.

Macauley said they hope to break ground in the first half of next year on parts of the site that would include housing, restaurants, offices, and a performance arts space.

Walker said Parkway Investments would raise $650 million for two phases of the redevelopment and that much of the equity would come from Opportunity Zone investors. Those are investors taking advantage of a new federal program that gives favorable tax treatment to developments in specified neighborhoods.

But that raised a few questions from the board.

Opportunity Zone investments are new enough that the rules have yet to be tested. And there have been that many project that cover many buildings, like the Fort Mac development would. 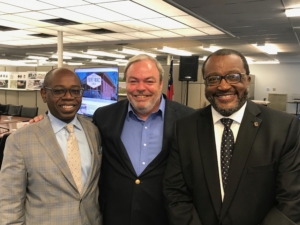 Moody also said he wants to put at Fort Mac an advocacy center that will help adults who are survivors of childhood abuse. He himself has gone public with his own story of surviving childhood sexual abuse. It would be a place for mental health care and therapy, but also a place of simple peace and comfort too.

“Sometimes you just got to be able to go to a place where you can feel at peace, private, and where other people really understand how long you’ve been carrying this burden,” Moody said.

After hearing from Maculey, Moody and Walker, the board of the Fort McPherson Implementing Local Redevelopment Authority went into a closed meeting for about an hour to discuss a possible transaction, as well as discuss other business that’s allowed to be under wraps while it’s in the works.

The board took no action after the closed session.

It was a big new proposal today, said board Chairman Cassius Butts. And he expects there will be some different opinions among board members.

“We’re looking forward to hearing those differences so we can come to a consensus,” he said.

The Fort Mac authority has undergone several leadership changes in the past several months. Brian Hooker, executive director of the authority for the past five years, resigned from the post over the summer. Alan Ferguson from Invest Atlanta was named to serve as interim executive director.

Also, in August, Butts sent a letter to Gov. Brian Kemp saying he was resigning from the board. But Gov. Kemp asked him to reconsider, and Butts has agreed to remain as chairman for an indefinite period of time.

The Fort Mac’s board next scheduled meeting is on Oct. 17.

This story has been updated with additional background.

Previous Article
Q&A: A Look into How One of the Country’s Leading Producing Theatres Takes Shows to Broadway
Next Article
Under impeachment clouds, Isakson takes a last shot at stirring Congress to action