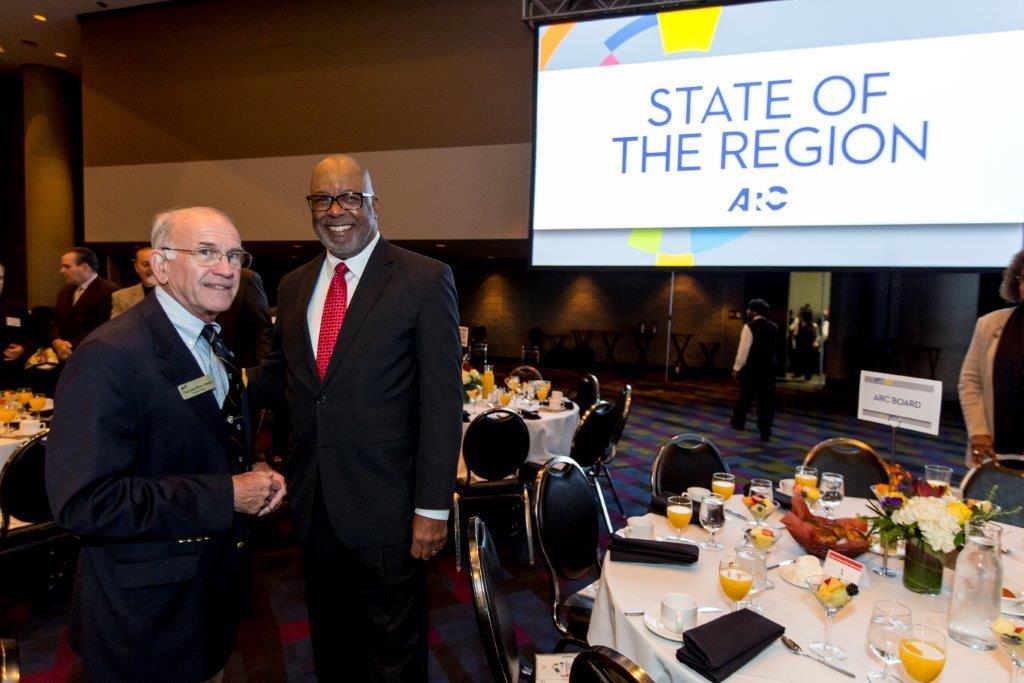 Over the past decade, the Atlanta region has become more fragmented as new cities have emerged on the scene – adding to the proliferation of local governments.

But now we have a counterbalance. Four regional organizations are working closer than ever to collaborate on the major issues facing metro Atlanta.

They all have a common denominator. Their organizations all have a regional mission. 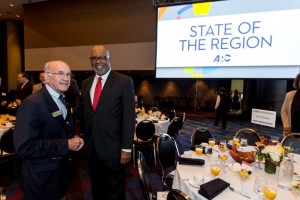 “We realize it is a unique opening,” Hooker said. “We realize we have to take advantage of this opening to move the needle forward. We also like each other.”

Alicia Philipp said that 25 years ago, the leaders of the four organizations would meet with a human resources focus. But the effort fizzled when one of the leaders decided to abandon the effort during his rotation as chair.

“It’s something I’ve wanted to do for a long time,” Philipp said. “But it was never the right people at the right time. Then the moment came when we had three (leaders at the table), and now we have four.”

The informal coalition of the four executives came together shortly after Moddelmog became CEO of the Metro Atlanta Chamber. 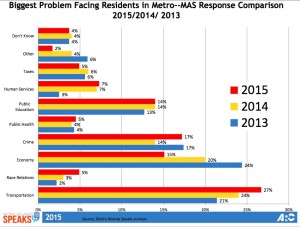 Philipp remembered their first meeting in the Woodruff Room at the Commerce Club. When she looked up at the portrait of the legendary Coca-Cola leader – Robert Woodruff, she began to laugh. What would he think of the four regional leaders – two African-American men and two Caucasian women. Would he ask: Where are the white men?

But the profile of leadership has shifted in Atlanta since the days of Woodruff when a group of a dozen white male executives ran the city.

In many ways, Hooker, Little, Philipp and Moddelmog are symbolic of the region’s growing diversity and of the new power base that exists.

In conversations with the four, all were somewhat reluctant to talk about their partnership because “we are in the very early stages,” Little said.

The group would love to have some “wins” under its belt before it becomes more visible. That said, Little added: “I’m optimistic about the future, because we are all committed.”

When Hooker gave his “State of Region” address at ARC’s annual breakfast on Oct. 30 at the Georgia World Congress Center, he mentioned a couple of areas where the four organizations have been collaborating. 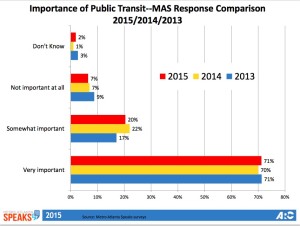 Metro Atlanta Speaks on the importance of transit (Special: ARC)

ARC’s extensive polling of residents throughout the region – Metro Atlanta Speaks – is now an endeavor that includes the four organizations. In fact, United Way has pledged to be a significant funder of the annual survey for the next five years.

(By the way, a key finding this year was that 91 percent of the region’s residents believe transit is important to the future.)

The group also is working together on the Atlanta Region’s Plan. ARC has reached out to 28,000 metro residents to help decide what the region’s priorities should be. The other three regional organizations are participating by sharing their strategic plans – and all will be included in the plan that will seek public comment in December.

But there is general agreement among the four organizations that the areas of focus should be:

2.  A competitive and innovative economy with a focus on public education; and

3.  Ensuring healthy, livable and affordable communities for all where everyone can reach their full potential.

“Working with partners all over the region is critical to our success because we can’t make Atlanta all it can be alone,” Moddelmog wrote in an email, “Through the work on Metro Atlanta Speaks and the Region’s Plan, I have enjoyed getting to know Doug, Alicia and Milton and have a deep appreciation for their role in the community and how we can work together to better identify how our goals can align for a prosperous and thriving community.” 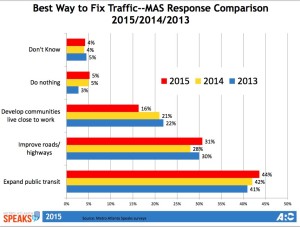 The group also has been working together on another initiative – Learning for Life – where the superintendents of Atlanta, Cobb, Gwinnett, DeKalb, Fulton and Clayton have been invited to join in a regional effort to improve public education throughout the five counties and the City of Atlanta.

Philipp said the value of the four groups getting together is multifold.

“Besides collaboration, we also won’t duplicate,” Philipp said that they can decide who will be a leader, follower and cheerleader on various initiatives.

“There’s a collaboration piece and a divide and conquer piece.”

As Hooker sees it, he believes the four leaders and the four organizations “have the power to effect positive change.” in the region.

“As the four of us get more comfortable with each other, we might be the catalyst,” Hooker said. “I hope we can set a precedent for institutional partnerships so that our successors will feel the pressure to continue doing the same thing.” 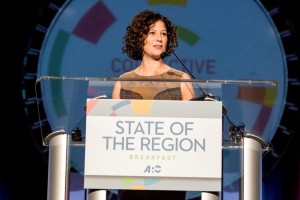 Coincidentally, the keynote speaker at this year’s breakfast was Sevaun Palvetzian, CEO of Civic Action in Toronto. Her message was totally in sync with what is happening among these more regional groups.

“We are in a stage with a new leadership model,” Palvetzian said. “Collaboration is the new civic currency… You have to change the process to change the outcome. Data is your seat belt. Your collective strength can lead to civic action. I wish you action over apathy every single time.”

So what is next for the four organizations? Their alignment could extend beyond the executives and their staffs by including their various boards to a common table.

“If we work hard to find some synergies, we will be able to do collectively what none of our organizations can do individually,” Little said. “We are all like legs on a chair. All of us are trying to make sure the region is stable. And we are all trying to hold up our end.”

Given that the we now have four leaders anxious to collaborate with each other, Little said: “We have to seize this moment.”

Note to readers: SaportaReport is delighted to have all four of these organizations among our Thought Leadership partners. We embrace having them – plus all of our Thought Leaders – contribute to the virtual town hall that we hope our website provides.