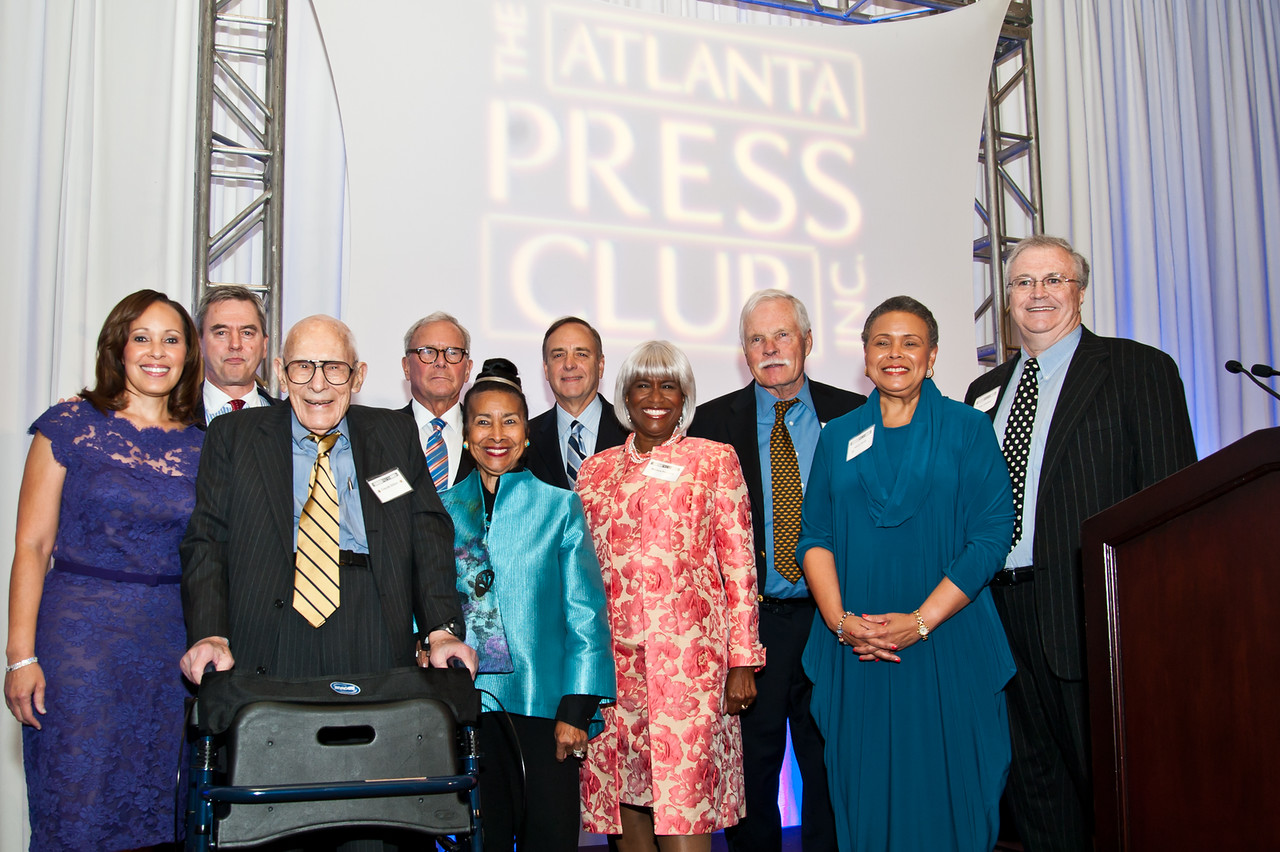 The Atlanta Press Club on Friday is announcing four inductees into the 2015 Hall of Fame – all outstanding journalists who have played an important role in Georgia.

The four journalists – Charlayne Hunter-Gault, Hank Klibanoff, Denis O’Hayer and Dick Pettys – will be recognized for their work at a dinner on Nov. 5 at the InterContinental Buckhead.

Tbey will join 20 other well-respected journalists who already have been inducted into the APC Hall of Fame.

“These journalists have each made a lasting impact to journalism in Atlanta,” said Lauri Strauss, executive director of the Atlanta Press Club. “We’re thrilled to have the opportunity to honor these individuals and celebrate their contributions.”

Charlayne Hunter-Gault made history with Hamilton Holmes when they became the first African-American students to enroll at the University of Georgia in 1961. Hunter-Gault began her career as a local news anchor in Washington, D.C. then became a reporter for The New York Times. She later joined PBS working for The MacNeil/Lehrer Report and NewsHour. Hunter-Gault has also worked for National Public Radio as the Africa correspondent and served as CNN’s Johannesburg bureau chief. During her career, she has won two Emmys and a Peabody Award.

Hank Klibanoff is the former managing editor of The Atlanta Journal-Constitution and a Pulitzer Prize-winning co-author of The Race Beat. Earlier in his career, Klibanoff worked at The Philadelphia Inquirer and The Boston Globe. Klibanoff is the former director of the journalism program at Emory University and oversees the Georgia Civil Rights Cold Case Project that investigates unsolved racial murders that took place during the modern civil rights era.

Denis O’Hayer is a familiar voice in Atlanta’s radio market. He is the current co-host of A Closer Look on 90.1 WABE. Early in his career, O’Hayer spent nearly 20 years with WGST radio serving as host for a variety of news and public affairs shows. He also worked for WXIA-TV for more than a decade as the station’s political reporter. O’Hayer also is a past president of the Atlanta Press Club and former board member.

Dicky Pettys, who died in 2012, was a reporter for the Associated Press for 35 years. Pettys spent his career covering politics and was a familiar face at the Georgia State Capitol, earning the nickname “Dean” of the Capitol press corps. His thorough and fair reporting earned him the respect of his colleagues as well as the politicians he covered. Pettys also served as a mentor to many journalists getting started in their careers. 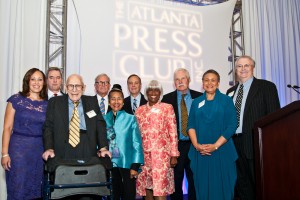 The Hall of Fame reception will begin at 6 p.m. and will be followed by a dinner and awards program at 7 p.m. Tickets for the event are $75 for members and $100 for nonmembers. Proceeds from the event will help provide internships to college students studying journalism.

The Atlanta Press Club 2015 Hall of Fame reception and ceremony is made possible by generous sponsors. This year’s Gold Sponsor is the Ford Motor Company. Silver Sponsors are The Atlanta Journal-Constitution and Wells Fargo.

The Bronze Sponsors are Emory University, Hartsfield-Jackson Atlanta International Airport, the Networks of 11Alive, and the University of Georgia. Georgia Power/Southern Co. is the VIP Reception sponsor.

For more information and to purchase tickets, call 404-577-7377 or visit the Atlanta Press Club’s website.

In the interest of full disclosure, Maria Saporta is a member of APC’s Hall of Fame Committee. She has been an early advocate for the Hall of Fame from its inception. She also has been on the APC board since 1987.