Of Fox News, women, and the way it’s all turned out 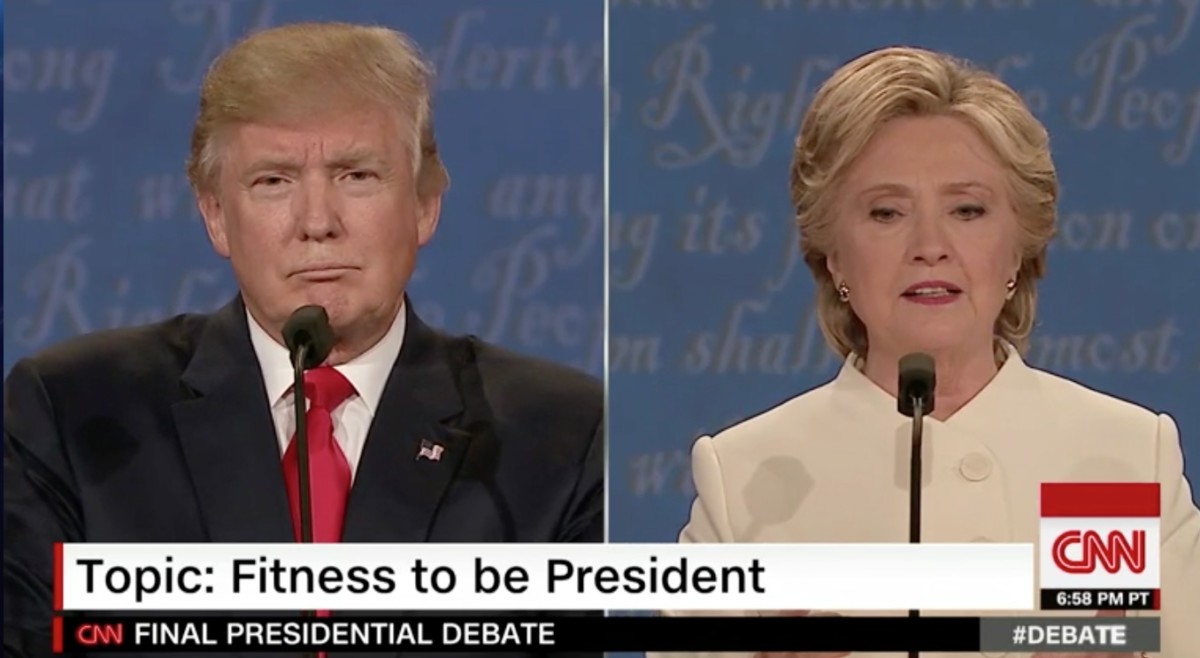 You could say that this long and unprecedented presidential campaign has been book-ended by debates handled by Fox News, and that’s fitting. This has been a convulsive period for the country, and more unexpectedly, for Fox News.

It was the first question of the first Republican presidential primary debate, in August of last year in Cleveland, that put into play so many of the elements that have shaped the campaign over the ensuing 15 months and surfaced as the central pieces of its climax.

That of course was Megyn Kelly’s “fat pigs” question, in which the Fox News host ticked off a list of offensive comments and asked Donald Trump if that was “the temperament of a man we should elect as president, and how will you answer the charge from Hillary Clinton, who (is) likely to be the Democratic nominee, that you are part of the war on women?”

Who could have guessed, as Trump stood flanked by a stage full of Republican rivals that night, all that would happen to bring Trump and Clinton to a stage in Las Vegas for the final debate hosted by Fox News’ Chris Wallace Wednesday night? Who could have imagined then that the Republican nominee would decline to say whether he’d accept the results of the election?

On the other hand, who could have predicted that in little more than a year after Kelly asked that question, 21st Century Fox would be settling a sexual harassment suit with $20 million and an apology to Gretchen Carlson, and Roger Ailes, the architect of Fox News, would be walking out the door with another $40 million? Who’d have thought Shepard Smith would be out of the closet before the election and Greta Van Susteren would be gone in a huff?

These two stories are deeply intertwined, both coiled around the issues which have been raised by the incendiary combination of the first woman candidate of a major party pitted against a man of the “Mad Men” era and mentality.

These aren’t only the issues raised anew by the Access Hollywood tape, and all the charges back and forth about sexual harassment by Trump and Bill Clinton. That’s one side. There’s also the issue — approached obliquely and with code words, like “stamina” — of whether a woman is up to the world’s toughest job. That’s not supposed to be a question anymore, but it is for many voters, and Trump has teased it to the surface.

In rough parallel, the issue of sexual harassment in the work place, and in particular the news room, has remained a simmering issue even as women such as Kelly have become increasingly prominent on camera.

No one is likely to be more surprised at how these issues have come to the forefront in the past year than Trump and Ailes. Whatever their alleged transgressions, neither thought them any great threat to their ambitions.

There’s been lots of talk about the two collaborating on a new Trump network, to rival Fox. Ailes reportedly advised the Trump campaign on an informal basis for a while, but by the time Trump checked in for a peremptory debate prep this week, they were said not to be on speaking terms. It fell to Republican National Committee chairman Reince Preibus to ask the prep questions and Chris Christie to play the part of Clinton.

They did as good a job of debate prep as you could expect, under the circumstances. Trump held himself together better than in the first two debates, although by the end of this one his seething anger at Clinton — “such a nasty woman” — was again getting in the way of his broader message.

Trump got some help from the placement of the Supreme Court segment at the top of the debate, which probably helped him solidify his conservative base. Wallace did a solid job moderating the debate, which this year has demanded the skills of a rodeo clown to corral the candidates. That helped Trump stay on point.

But it was Trump’s refusal to agree to follow the tradition of accepting the results of the upcoming election that will linger in the news and probably the history books.

In the face of assurances from his running mate and his surrogates that he wasn’t really alleging voter fraud when he called the election “rigged,” Trump has repeatedly said at rallies that he did mean this. On the debate stage Wednesday night, he broadened his logic into a sweeping disqualification. The media was against him, and in case, Clinton “shouldn’t be allowed to run” because she’s “guilty of a very serious crime.”

Trump was in effect endorsing the opinion of many of his voters, that some which way, the whole thing is rigged. Whether any particular set of circumstances are true or not doesn’t matter. Even the assault on Mosul is part of the fix.

In a long night of needling her opponent, Clinton’s most deflating prick came in her reply to his charges, when she pointed out that he’d said the Emmys were rigged when “The Apprentice” didn’t get a nomination.

In that revealing exchange, Trump showed how desperately he wants to keep this whole crazy ride going.

“I will tell you at the time. I will keep you in suspense,” Trump said of whether he will accept the election results.

By then, that may be the only suspense left.