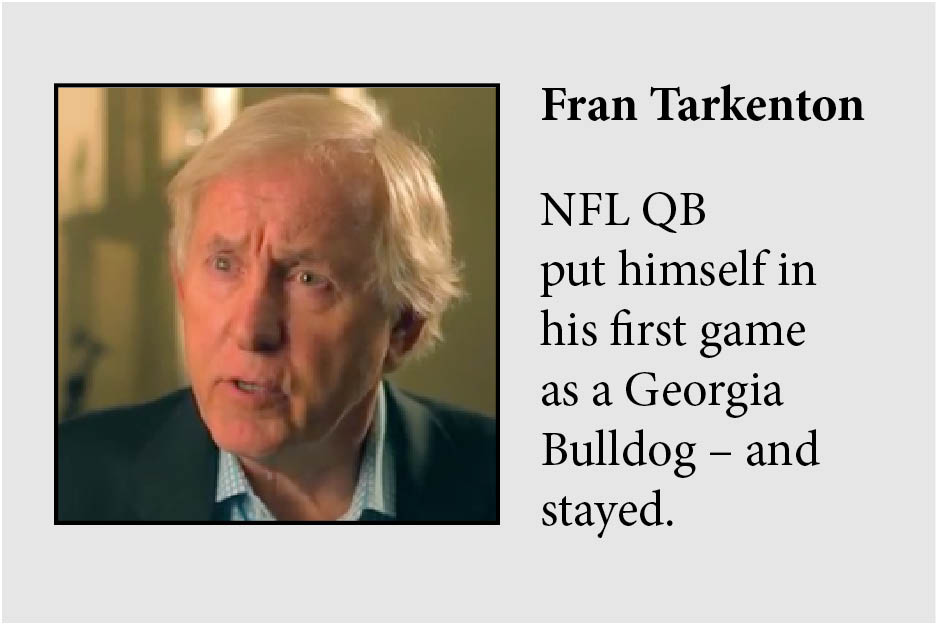 The Georgia Bulldogs were losing 7-0 in the fourth quarter in their season opener in Austin, Texas, when they fielded a punt on the five yard line. The University of Texas, then the #11 team in the country, seemingly had the game well in hand on that humid Saturday night, September 20, 1958. Eighteen-year-old Sophomore Fran Tarkenton was not only a third-string quarterback on the Bulldogs, his coach was planning to frustrate the ambitious athlete further by postponing his football career another year by designating him a “red-shirt” player.

As the offensive players ran onto the field, Fran looked over and saw his team’s star quarterback sitting on the bench. In a move that today would no doubt be played over and over on ESPN Sports Center highlights, Fran strapped on his helmet and ran onto the field and knelt down in the huddle and called the next play.

On the sidelines, Coach Wally Butts and his offensive coordinators looked at each other confused, wondering who sent Fran in. Equally stunned was the starting quarterback Charlie Britt.

“Charlie Britt made the cardinal mistake,” Fran recalled in our accompanying Moments HD video. “He was sitting on the bench still. I saw him sitting there on the sidelines and I just ran onto the field. My teammates in the huddle said ‘What are you doing in here?’ I said ‘I’ve come to win this game.'” 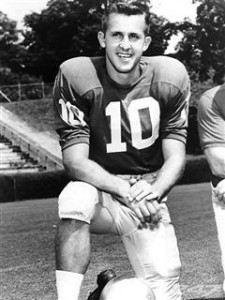 Fran marched the Bulldogs 95 yards down the field in 21 plays and scored a touchdown. The coaches sent in the kicking team to kick one extra point. Fran waved them off, yelling to send the kicker back to the sidelines. He then threw a five-yard pass to score one of the first two-point conversions in that season and in college football history. The NCAA had just put into place the two-point conversion rule that year. Fran put two points on the scoreboard, putting the Bulldogs ahead. Texas eventually scored another six points late in the game to pull out a victory, but an amazing football legend was born. Fran started next week’s game.

“I put myself in,” he remembered of the Texas game. “I was a third-string quarterback. They were going to red-shirt me and give me four more years of eligibility. But I didn’t want to be red-shirted. I wanted to play and to help my team right then. If I don’t make that move at that time, I might never had played college football because the two guys ahead of me were really good players. By making that move, I created a sense of desperation. I just felt I had to play. I had to get in.”

A Richmond, VA, native, Fran, moved to Georgia with his family when he was 10, earned all-state honors as a high school player in football, basketball and baseball at Athens High School. He enrolled at UGA, only to find himself warming the bench – until that fateful 1958 game in Austin. In the 1959 season, Fran helped the Bulldogs win all their SEC games on the way to a 10-1 season, beating Missouri in the Orange Bowl and finished fifth in the country. The following year, he led the SEC in offense and passing, was named an All-American and an Academic All-American. 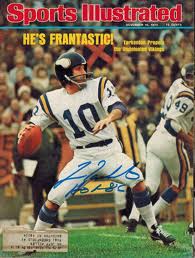 Drafted into the NFL by the Minnesota Vikings, Fran threw four touchdown passes in his first game. He was traded to the New York Giants in 1967 and traded back to the VIkings in 1972. He threw for more than 1,000 yards in each of his 18 professional seasons, an NFL record, despite breaking his leg in 1977 and missing the last five games. Known as “The Mad Scrambler,” he led the Vikings to the Super Bowl in 1973, 1974 and 1976 and was a nine-time Pro Bowl selection. At the time of his retirement, he owned every major quarterback record.

Fran also won the game ball in perhaps the earliest NFL professional football game ever played in Atlanta, which I attended with my father at Grady High School’s stadium on October 10, 1962. Nearly two decades later, when I was a newspaper reporter with The Augusta Chronicle, the leading TV news anchor in town was Charlie Britt, whom Fran replaced as the starting quarterback in that 1958 season opener. Charlie was second string to Fran in the 1959 season and went on to play for three NFL teams before becoming a broadcaster and TV sitcom walk-on.

Since then, Fran has authored books, hosted Monday Night Football and remains a sought-after motivational speaker. He started a software firm, merged it with another and later sold it, earning millions. Later he started a small business website and a financial firm and today hosts a weekly call-in radio show on Sirius XM from his firm’s, Tarkenton Companies, Tower Place headquarters in Buckhead.

“To me, the mission of business is the same as it is in life — to help other people in life with products and services in innovation. So we are a helpmate for small businesses all over America and some parts of the world. We are out to bring them tools and information to make them more successful. And we put up a free website with Office Depot and the site is smallbizclub.com where we bring content and knowledge base to startup entrepreneurs to give them a community and have a better chance to make it.” 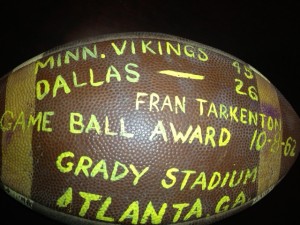 But he traces it all back to that Moment in the first game of his sophomore year.

“I’ve thought back for years and years if I don’t do that, I don’t become an All-American football player at Georgia, I don’t play with the Minnesota Vikings in the National Football League, My whole life would have changed. Maybe it would have changed for the better if I didn’t do that. But I went on and used that platform of playing football for 18 years but I built 20 companies. I’m a serial entrepreneur,” he said.

“I thought I could play better than the rest of the people. I believe in myself that I was going to find ways to make myself work because successful people do that. But I do look back on that pivotal time that Moment was a transformational Moment for my life.” 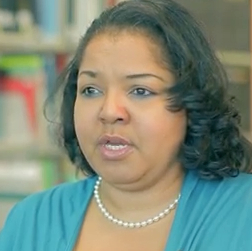 Next week in Moments: Tracey Jackson

Next week in Moments: Tracey Jackson, a Marine and medical student, who became unemployed and homeless – until she found NobisWorks.