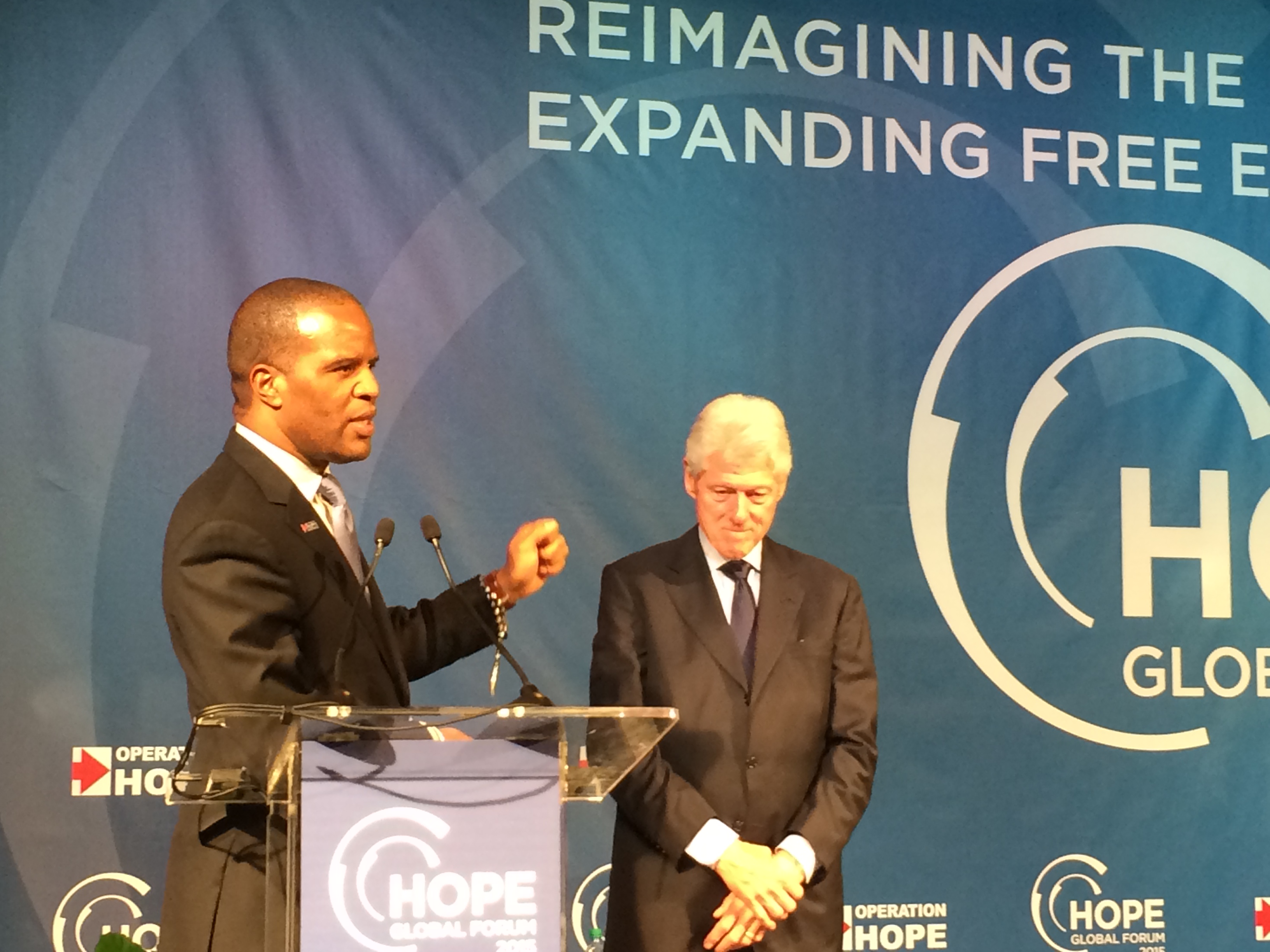 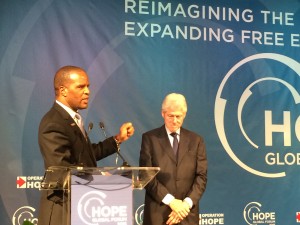 The myriad of coincidences and serendipitous encounters in Bryant’s life have led to this moment – the 150th anniversary of Freedman’s Bank. 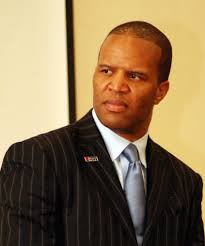 Freedman’s bank was established on March 3, 1865 by Lincoln as a landmark institution designed to teach former slaves about money. Five weeks after establishing the bank, Lincoln was assassinated, and his successor was not committed to the cause.

Fast forward to 1968. That’s when Martin Luther King Jr., the civil rights leader who had gained international acclaim for helping the South transition from a segregated to an integrated society, launched the Poor People’s Campaign – another attempt to bring prosperity to those who had been left out of the American dream.

Shortly thereafter, King too was assassinated.

Today poverty has not gone away. Plus the economic disparities between wealthiest citizens and the poorest citizens continues to get wider.

But that is what Bryant, and the organization he founded in May 1992 – Operation HOPE, is trying to change. 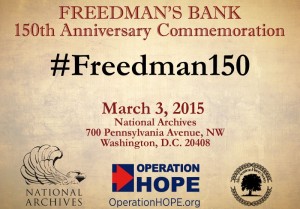 “We believe our work is the modern day Freedman’s Bank,” Bryant said in an interview that lasted nearly two hours in his offices at the 191 Peachtree building in downtown Atlanta. “That includes continuing Dr. King’s Poor People’s Campaign in 1968.”

Bryant, who has been able to convince the biggest banks in the United States to be financial backers of Operation HOPE, minces few words.

“I think for blacks and browns in urban America or for whites in rural America, you are an economic slave today. You are preyed upon by payday lenders and check-cashing pimps,” Bryant said. “Now I want to create a bank to teach them the language of money so they can become part of the American economic system.” 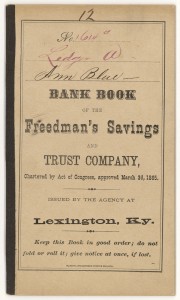 To understand why the discovery of the Freedman’s Bank hit home with Bryant, it’s important to rewind to why he started Operation HOPE in Los Angeles in 1992 and why decided to move to Atlanta in 2009.

Days after the Rodney King riots destroyed parts of South Central Los Angeles, Bryant founded the nonprofit social investment banking organization as a way to help the community reinvest in itself.

Over the years, Bryant has been a bundle of energy generating an endless slew of ideas combined with initiatives and programs. He’s written books, advised presidents and conferred with economic advisors.

Then in 2009 Bryant set up a meeting between Los Angeles Mayor Antonio Villaraigosa and former U.S. Ambassador to the United Nations Andrew Young. After that meeting, Young told him he needed to move to Atlanta, that he would never become a prophet in his home city of L.A.

Bryant was ready for a move. He already had decided he wanted to spend as much time with Young as possible, even if it meant just holding his briefcase.

“I live here,” Bryant said, adding Operation HOPE’s creative headquarters remains in Los Angeles. ” We are heart-quartered in Atlanta. In reality, this is the heart beat of Operation HOPE. God wanted me here.”

Bryant showed up, wearing jeans, not ready for a formal meeting with several people present.

Warnock begins telling Bryant that Atlanta should be the home of “silver rights,” and that MLK Jr.’s father – Daddy King – was a banker who sat on the board of Citizens Trust Bank. He went to Bryant Academy, but he couldn’t get into Morehouse College because he wasn’t part of the club.

All those signs meant that John Hope Bryant should build an Operation Hope inside Ebenezer.

“You can’t make it up. You can’t plan it,” Bryant said. “It’s just God’s will. I’m not this smart. I’m not this lucky. Andy has a quote: ‘Coincidence is God’s way of staying anonymous.’ It just all feels like it is divine intervention.”

For the past couple of years, Bryant has been focused on building “Hope Inside” centers within bank branches all over the country. Fifty already have opened, and Operation HOPE has commitments for another 50. Bryant’s goal is to have 1,000 Hope Inside centers by 2020.

“We are creating a private banker for the poor, the working class and the teetering middle class of all races,” Bryant said. “We boldly proclaim we’re going to get rid of poverty.”

Bryant, who rarely has time for sightseeing because he’s constantly multi-tasking and making deals with anyone who is anybody, was in Washington, D.C. a year or so ago with his government relations officer.

They decided to visit the Ford Theatre where Lincoln was shot. Bryant is on his cellphone, multi-tasking. And then he sees it.
“There’s a pole in the middle of the floor with faded brown paper and dark brown ink. It told the story of Lincoln signing this legislation of Freedman’s Bureau Act and the Freedman’s Bank,” Bryant said. “I had an ‘Oh S…!’ moment. This is everything I’ve worked for. It culminated at the Ford Theatre in D.C.” 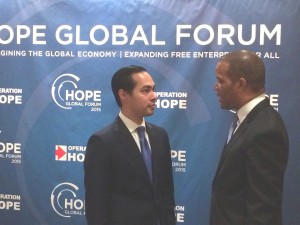 That’s why Bryant planned a 150 Anniversary Celebration with a host of dignitaries, and why he has launched a yearlong effort to complete Lincoln’s mission to provide equitable banking services and various support services for people in need of financial literacy.

As we keep talking, Bryant said we’ve barely scratched the surface on all the various programs that Operation HOPE is working on. It’s hard to keep up.

“That’s the way he is all the time,” said Bill Rogers, CEO of Atlanta-based SunTrust Banks, one of the largest backers of Operation HOPE. Rogers serves on the organization’s executive committee along with his predecessor, Jim Wells.

Bryant knows people don’t always know what to make of him, given his strong personality.

“Because it is not about me, it’s easy to do this work,” Bryant said. “I’m not humble, but I do have humility. I’m just not this good.”

Remember, for Bryant, it is destiny.