For Friendship Baptist Church, Sunday will be its last service in the historic home of worship where it has been rooted since 1871.

The church will be demolished in the next several months and eventually replaced by the new $1.2 billion Atlanta Falcons stadium that is scheduled to open in 2017. 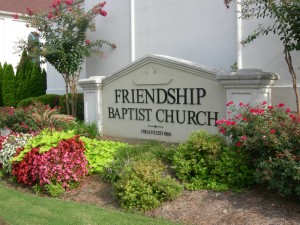 Starting on June 1, the Friendship congregation will begin gathering on the Morehouse College campus in the Ray Charles Performing Arts Center — which will serve as its temporary home – until it is able to rebuild a new church in the Vine City community.

Moving to the Morehouse College campus – even on a temporary basis – provides a beautiful symmetry for Friendship Baptist Church.

Friendship provided the space for the first classrooms of both Morehouse College and Spelman College before the two colleges were able to move to their own campuses. And now both of those colleges are among the most respected historically black colleges in the country. One is not exaggerating to say that both colleges were both birthed in the church building on Mitchell Street near Northside Drive. 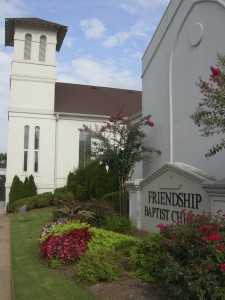 A view of Friendship

As fitting as the temporary home for Friendship may be, a sense of melancholy will undoubtedly surround Sunday’s last service.

The elegant yet understated church with white walls, stained glass and a red-tiled roof recently underwent an extensive renovation that included the installation of a new organ. Efforts will be made to incorporate elements of the historic church into the new permanent home wherever it will be.

One possibility for Friendship’s permanent home is part of the Morris Brown property. Friendship Baptist Church has joined forces with the City of Atlanta to make an offer to buy most of the 37 acres of the Morris Brown land. Morris Brown College, which is under bankruptcy, and its top creditor – the AME Church, is expected to publicly disclose whether it will accept that offer within a matter of days.

The origin of  Friendship Baptist Church actually dates back to 1862, and it has been rooted in history ever since. It became Atlanta’s first black Baptist autonomous congregation, becoming independently organized in 1866 just after the Civil War.

The Ninth Street Baptist Church of Cincinnati in Ohio bought a discarded railroad boxcar in Chattanooga and sent it to Friendship in Atlanta. The boxcar served a place for worship on Sundays and as a classroom on weekdays. 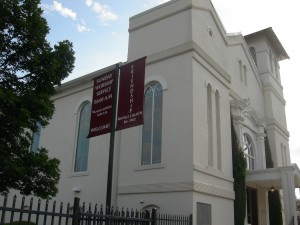 Another view of Friendship

Membership grew rapidly so the congregation moved to a larger building on the corner of Haynes and Markham Streets, and later to its present site at Northside Drive in 1871, according to Friendship’s website.

Friendship Baptist Church was one of two churches that had to be acquired for the stadium project. When the Atlanta Falcons, working with the Georgia World Congress Center Authority and the City of Atlanta, decided to locate the stadium south of the Georgia Dome rather than a half-mile away north of the GWCC campus.

The Falcons agreed to pay Friendship $19.5 million for its property as well as helping the church get re-established in a new location and continue serving the community. 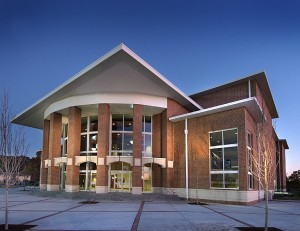