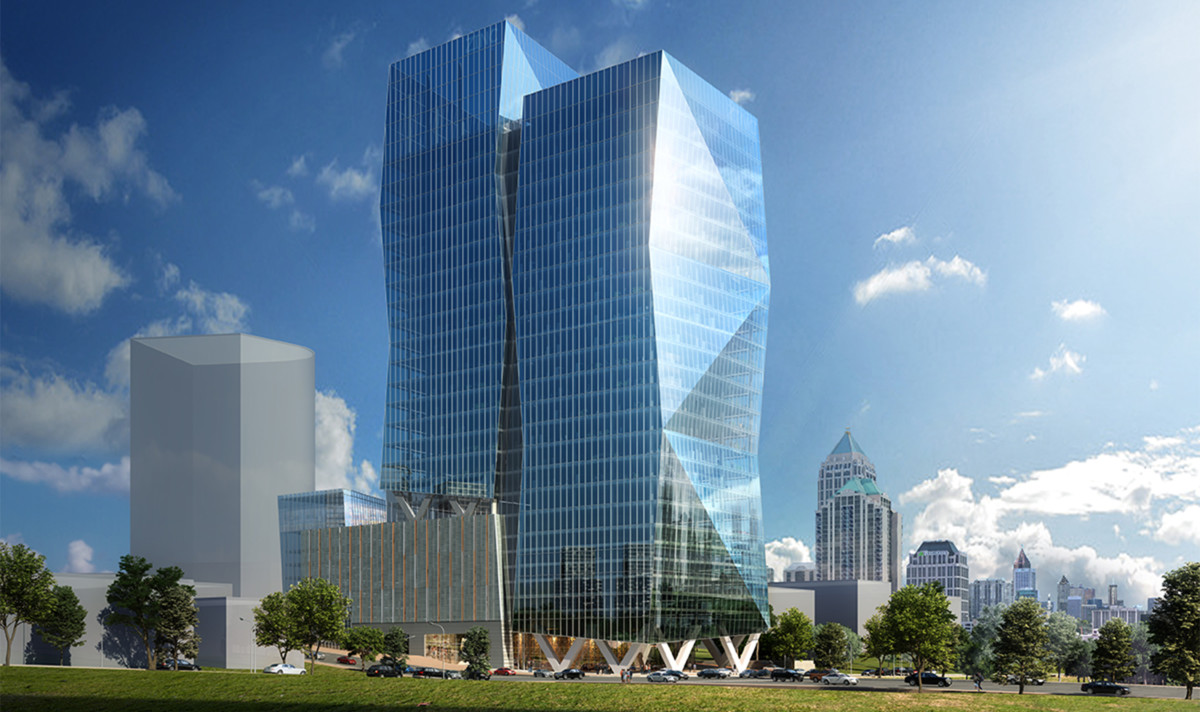 Fulton County’s development agency on Tuesday approved tax abatements worth nearly $100 million over 10 years in Atlanta, more than half of that for MetLife Inc.’s mega Midtown development.

MetLife’s mixed-use “Midtown Union” project is set to get a tax abatement worth $57.6 million over 10 years, after a 6-2 vote Tuesday by the board of the Development Authority of Fulton County.

The development will cover roughly nine acres bounded by 17th, 16th, West Peachtree and Williams streets. It’ll be done in two phases which will be split by Spring Street. The cost of the whole thing will be about $1.1 billion, according to Midtown Heights, LLC, acting on behalf of MetLife. 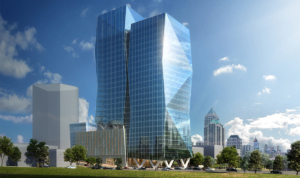 The development will also include a new east-west street and plaza that will extend Arts Center Way to the freeway. The public will be allowed on the street, but like streets planned for the Gulch development, it’ll be privately built and managed. The company has been putting together these parcels for years and got construction permits from the city last year.

Tax abatements aren’t unusual. But the size of this one is.

A “$57.6 million abatement is a real cost to our taxpayers and to the public services that are provided by the city and schools,” she said.

Folks in economic development often talk about a “but-for” test: the question whether Development X would fall apart “but for” some subsidy.

But in a place with a hot real estate market like Midtown, “it seems to me this doesn’t meet a but-for test,” Carstarphen said.

The biggest answer to the but-for question is the new road, John Hillman told the board. He’s a senior project manager with commercial real estate company Jones Lang LaSalle, who presented the development on behalf of Midtown Heights and MetLife, and he was referring to the the legal mechanism by which Fulton will be able to send an artificially low property tax bill.

He said that city of Atlanta zoning requires that new street and that it will cost $43.8 million.

Board Vice Chairman Steve Broadbent, who’s also on the Johns Creek City Council, said this Midtown Union abatement does pass the “but-for” test for him.

MetLife, like similar companies, has a huge pool of capital to invest, he said.

“They’re going to invest that capital where it makes the most economic sense … they could go anywhere in the country, probably anywhere in the world to do that,” Broadbent said.

One way to attract that capital, that investment, to Atlanta is to offer tax abatements, he said. In this particular case, he said that much of it would go to pay for that new road.

Separately, the board also approved a tax abatement worth about $16 million over 10 years for a Midtown development at 1105 West Peachtree Street. It will include a 178-key hotel, 665,000 square feet of office space, and 25,000 square feet of retail. The huge Selig Enterprises development is described pretty fully over at the Atlanta Business Chronicle. The not-yet-built office already has at least one tenant signed up: law firm Smith, Gambrell & Russell.

At the same meeting, the development authority board approved several other property tax abatements. Most were another rather typical kind of deal in which a developer will get a property tax abatement on a residential project and will price some of those units below market rate. The idea is to try and ensure that Atlanta is a mixed-income city, and it’s required in some areas near the BeltLine.

(“Affordability” is housing where the cost that equals roughly one-third of “area median income,” or AMI, which varies with family size. In metro Atlanta, AMI for a family of four is $74,800; their “affordable” housing should cost about $1,870 or less each month.

Promises for families at roughly 80 or higher AMI are sometimes seen as “workforce” housing: affordable for teachers and police officers, for example; and not for folks lower down the income ladder.)

All these tax abatements are cumulative, over 10 years.

One more item: the board took some action that will aid in the fixing up of Forest Cove, a long-troubled HUD complex in Thomasville Heights where residents have been agitating against the slum-like conditions after years of management by a landlord that’s been ousted.

The authority will issue federally tax-exempt bonds to be sold for the complex’ renovation. The county is just a conduit for the bonds; it’s not putting any money on the table. The new landlord is Phoenix Ridge GA TC, LP, which began the process as Millennia Housing Development, Ltd.

The fact sheets on each deal