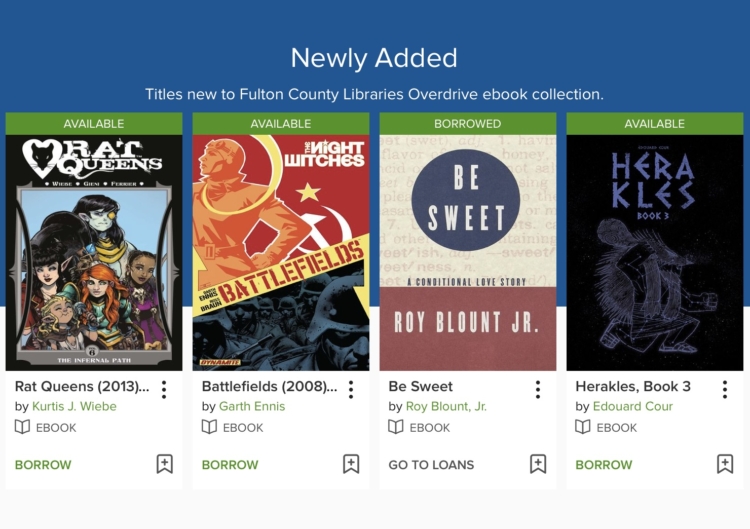 The Fulton County Library System is advising patrons of an embargo on ebooks and advises they can write a protest letter to publishers. Credit: 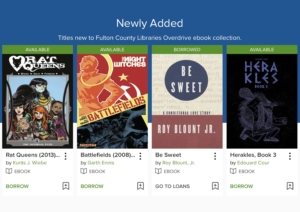 The Fulton County Library System is alerting patrons of publishers’ embargoes on ebooks audiobooks, and advises patrons they can write a protest letter to publishers. Credit: afpls.org

In its Oct. 23 e-newsletter to patrons, the Fulton County library system observes:

The issue involves income derived from the sale e-books and e-audiobooks to libraries. E-book readership has skyrocketed, and publishers contend that unrestricted sales to public libraries erodes the revenue stream for all involved in publishing new materials.

The creative class was the target of the first volley by MacMillan Publishing. A July 25 letter addressed to authors, illustrators and agents stated the house was taking steps to protect their income.

The letter reads, in part:

Librarians agree that digital forms are skyrocketing in popularity. They contend the houses should not restrict access to information based on its format.

In its Sept. 11 protest letter, the American Library Assoc. included this comment from Kent Oliver, the director of the Nashville [Tenn.] Public Library, as he addressed the Nashville library system: 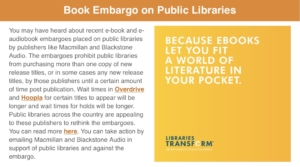 The Berks County system and its partner responded with a boycott of its own, according to its report. The decision affects e-audiobooks, but not e-books:

The Fulton County Library System does not report any system-wide action taken against any publishing house. The system’s Oct. 23 e-newsletter to patrons does provide a notice of the situation and note that patrons may write a letter to MacMillan and Blackstone Audio, the latter of which produces audiobooks and has implemented restrictions.

The statement from the Fulton library system reads in full: