Gathering for the July 27 virtual meeting of the Development Authority of Fulton County were board members and staff along with Lee Tabb and Elizabeth Wells of the accounting firm Tabb & Tabb.
Share
Tweet
Share
Pin
Pocket
WhatsApp
Buffer5
Email
Reddit
5 Shares

Intent on self-reforming from a financial scandal, the board of the Development Authority of Fulton County plunged into debate July 27 on who should do it and how fast, with tempers flaring over the chair’s unilateral actions and a last-minute slate of reform ideas. 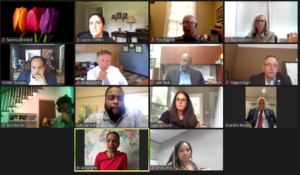 Gathering for the July 27 virtual meeting of the Development Authority of Fulton County were board members and staff along with Lee Tabb and Elizabeth Wells of the accounting firm Tabb & Tabb.

Along the way, the board heard from its longtime auditor as to why he never noticed the questionable per-diem payments at the scandal’s core, and decided to begin its own informal financial review as a first step toward a possible forensic audit. Board members had varying opinions as to whether criminal acts might be lurking as skeletons in the DAFC’s closets.

Board chair Michel “Marty” Turpeau has led the self-reforms, but is now facing internal calls to reform his reforming, which has been conducted with some unilateral decisions, an executive committee that can act for the entire DAFC with a quorum of two, and his dual role as interim executive director.

Board member Tom Tidwell complained that he didn’t know DAFC had hired a lobbyist and a public relations firm. “… I don’t know what’s going on on this board and I’ve been here two years,” he said. “I didn’t know we hired a lobbyist. I found out from a member of the public. … That to me, on a nine-member board, is unacceptable.”

Turpeau defended his and the executive committee’s actions as necessary under pressure, particularly his unilateral decision to suspend the per diem payments at the heart of the scandal, with which other board members agreed as a result but not as a process. 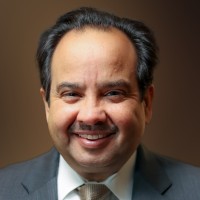 “It was very deliberate to try to help this authority move in the right direction and I’d do it again in a heartbeat,” said Turpeau.

“No one person has absolute power or resolve,” countered board secretary Kyle Lamont. “… Allow us to share in that responsibility. Otherwise, it is not a board of directors. It is one man leading the charge.”

Secret or unilateral decisions by the previous board chair, Bob Shaw, are at the heart of the current scandal. Lee Tabb, the DAFC’s accountant, said later in the meeting that among the precautions against fraud or other financial problems is avoiding having a “dominant manager.”

Turpeau issued a conditional promise to avoid using the executive committee as a decision-making body and instead to bring an emergency votes to the full board for approval or undoing. He also indicated that the DAFC is close to hiring another interim executive director, possibly by the next scheduled board meeting on Aug. 24.

Meanwhile, Tidwell’s own slate of eight transparency-oriented reforms ran into transparency issues of their own. Tidwell sought to add the brief list of topics to the DAFC meeting agenda after reportedly circulating them to board members via email less than a day beforehand. The list of reforms was not available during the meeting itself; Tidwell later provided a copy to SaportaReport. It includes:

Tidwell and some other members initially pressed for quick action on at least some of those items ahead of the Aug. 4 BOC meeting, where commissioners are expected to consider legislation regarding the DAFC’s per diems and financial disclosure policies. Board member Jo Anna Potts said the DAFC had already delayed action on several of the topics of concern for over 60 days and should not “gloss over issues as if they’re not happening.”

Two fellow board members, state Sen. Brandon Beach and Johns Creek Mayor Mike Bodker, objected that the timing did not allow the board or the general public to vet and understand the proposals, many of which were open-ended. 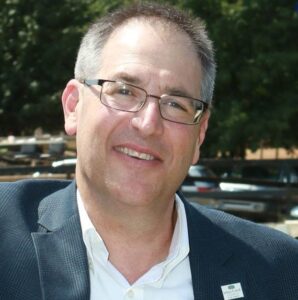 Mike Bodker, the mayor of Johns Creek and a board member of the Development Authority of Fulton County, as seen in a campaign photo on his Facebook page.

Bodker is a new appointee who was sworn in during the meeting and quickly proved valuable for his experience in professional accounting and in running government meetings, helping to sort out some questions about auditing and committee decision-making. Using an extended war metaphor, Bodker warned the body not to rush through reform ideas.

“It’s easy to kneejerk at a time when you’re under fire. But I don’t want to be accused of our very board aiming its own weapons internally instead of fighting the enemies outside of us,” said Bodker. “And I don’t mean ‘enemies’ in a negative way. I’m just pointing out that we’re under great scrutiny right now, and being thoughtful, being methodical, and being comprehensive is the most important thing you can do when you’re under fire, regardless of the fact that the people who are shooting at you want you to do something quickly. They really don’t. They want it done right.”

Nonetheless, the board had extended confusion about dealing with Tidwell’s list. First the board adopted it on the agenda for discussion only, then voted on one of the items anyway, then ended up tabling the rest for discussion in board subcommittees with an emphasis that other board members could always attend such talks.

The one item that got the vote was the concept of the “forensic audit,” meaning a financial review specifically looking for evidence of wrongdoing. The board decided not to take that step yet, first conducting its own, informal review of financial documents to see if there are any questions or problems for professionals to answer.

Some board members differed on the likelihood of finding criminal problems in the wake of the financial scandal. Sam Bacote, the board treasurer, said he saw no signs of fraud or anything that “rises to the level of conspiracy.” Board member Erica Long, on the other hand, said, “I don’t know if we can say at this point that there was no criminal activity.”

Bodker and board member Mike Looney, the Fulton County School System superintendent, persuaded the board to be cautious about hiring a forensic audit firm without a specific scope of work. Otherwise, Bodker said, “it’s going to be a big, wide fishing expedition that’s going to cost this organization a ton of money.”

Bacote said the firm had been DAFC’s auditor for roughly 20 years. He asked Tabb & Tabb partner Lee Tabb why the firm never noticed any “red flags” about the questionable per diem payments. Tabb said there was a budget line item for per diems that did not look unusual or excessive from the high level of the audit, which does not go into internal policy details and definitions. He said that if “one person got $13,000 and you compared that to a $9 million balance sheet, it gets to be less than 1%” and not a red flag in the world of expense reimbursements.

Tabb suggested the DAFC should consider separate listings for per diems and expense reimbursements. He also said he understood a “revised policy manual” was once created but never approved by the board, which could be looked at again for “improving transparency.”

In regular business, the board approved bond transfers on three projects. The DAFC provides 10-year tax abatements to real estate developers by issuing tax-exempt bonds on their behalf for specific projects. The DAFC is technically the property’s owner until the 10-year abatement expires, but only on paper, as the current and new owners are free to build and change the site. The owners are also free to sell the property, in which case the DAFC can consider “transferring” the bonds and thus the tax break to the new owner.

Prior to the financial scandal, the DAFC was controversial for approving virtually all bond deals that came before it. Since an influx of new board members in 2019, the board has asked deeper questions about social and community impacts of projects, such as housing affordability and the involvement of minority- and women-owned businesses.

Such questioning continued for the three transfers at the July 27 meeting.

Bacote appeared to catch developers of one project, The Standard at Atlanta at 708-738 Spring St. in Midtown’s Tech Square, off guard when he asked what the tax incentive was used for. “That is a good question,” replied Mark Riley of Landmark Properties, the property manager and development partner of the Georgia Tech and Georgia State student housing tower, before finally saying it helped with tricky utility work and keeping rents lower.