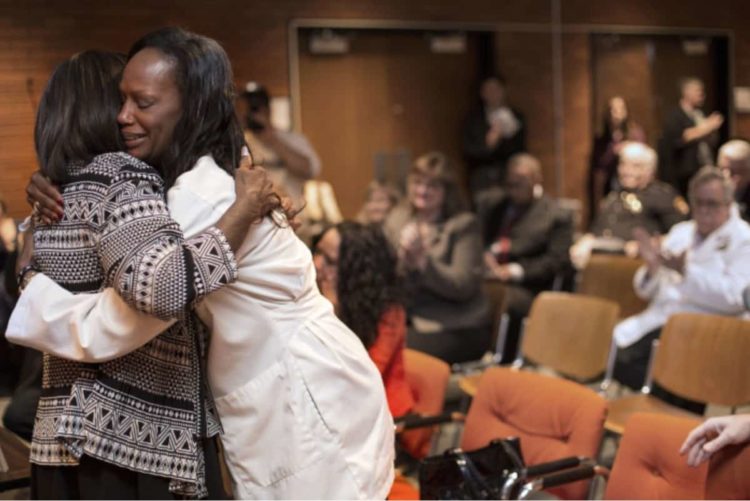 The incoming Fulton County chief medical examiner isn’t a household name. But Dr. Jan Gorniak has handled the suicide of a serial criminal who once was known around the world – Cleveland kidnapper and rapist Ariel Castro. 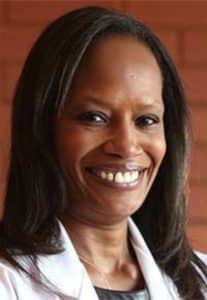 After Castro was found hanging from a bedsheet in his cell, Gorniak engaged in a fierce political and media battle that speaks to her ability to handle the types of high-profile cases that often are handled by Fulton’s medical examiners.

Ohio prison officials issued a report that contradicted Gorniak’s ruling on Castro’s cause of death – suicide. Gorniak held her ground and was quoted by media around the world.

Castro was found dead a month after he was sentenced in 2013 to life plus 1,000 years in prison in connection with the decade-long incarceration of three women – Amanda Berry, Gina DeJesus and Michelle Knight.

Berry had escaped from Castro’s home with her 6-year-old daughter and contacted police, who quickly apprehended Castro. Castro pleaded guilty to 937 counts, including rape, assault and aggravated murder.

A month later after he started his sentence, Castro’s body was found. Guards were supposed to be watching him closely to prevent a suicide. After Gorniak issued a preliminary ruling of suicide, Ohio prison officials released a report that suggested he died of auto-erotic asphyxiation because his pants and underwear were at his ankles.

Gorniak pushed back on the insinuation.

“I did the autopsy myself. I saw the ligature. I saw the pictures of the cell,” Gorniak said, according to a report on cnn.com. “It was a suicide.”

Of the release of the report by prison officials, Gorniak said, “They were outside of their lane … I don’t think anyone else should have an opinion on what the cause of death was.”

An independent investigation later upheld Gorniak’s ruling. Prison guards were determined to have been lax in observing Castro.

Gorniak had a good reputation in Cleveland, where she worked from 2005 until October 2014, according to a report in dispatch.com. The story recounts how Gorniak would visit and a drug and alcohol rehab center for youngsters and hand out corpse toe tags at the end of her remarks.

“You have a really stark choice,” Gorniak would tell the group, according to the report. “If you choose to continue to use alcohol and other drugs, please keep the toe tag and fill it out. It will save me time.”

Gorniak made time to speak out against suicide, heroin abuse and infant mortality. She pushed law enforcement officials to conduct more detailed reporting of infant death across the state.

Fulton County Manager Dick Anderson cited these traits in a statement about her appointment by Fulton County’s board of commissioners. 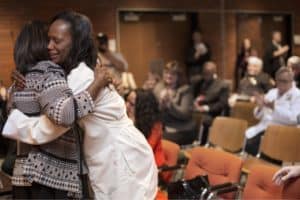 “Dr. Gorniak comes as a highly recommended and well-regarded expert in her field with a long list of achievements and accreditations,” Anderson said. “However, her tenure in several positions has also involved reaching out to the communities she serves to battle issues such as violence and drug abuse.  She truly cares about the communities she’s served.”

Gorniak left Cleveland to serve as deputy chief medical examiner in Washington. She left that job for the Fulton County position.

Here’s Gorniak’s background, according to the statement:

Gorniak begins her new job on July 25. She succeeds Dr. Randy Hanzlick, who had served as Fulton’s chief medical examiner since 1998. Hanzlick also served as a professor of pathology and laboratory medicine at Emory University School of Medicine.