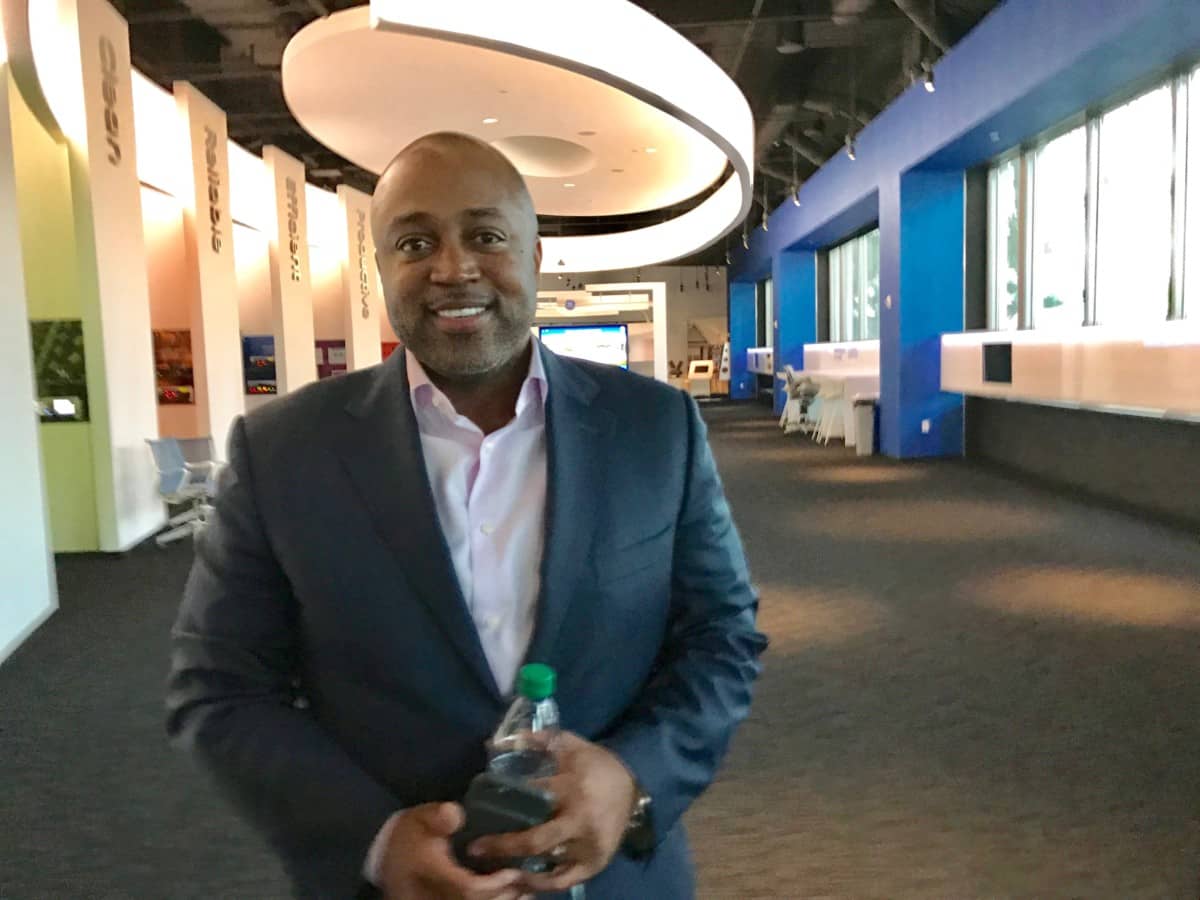 When it comes to General Electric Co. and Atlanta, history is repeating itself.

After just a year being in town, Stokes got tapped to become future chairman of the Metro Atlanta Chamber– a position he will assume in 2019.

It is almost the parallel story of when GE executive John Ricemoved to Atlanta to become CEO of GE Power Systems. He too was tapped to head the Chamber shortly after he arrived, serving as chairman for 2004. Today Rice is based in Hong Kong and serves as vice chairman of GE, but he continues to have a home in Atlanta. 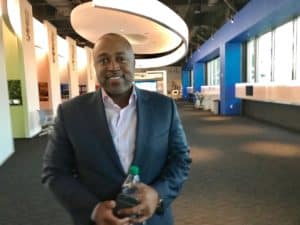 “In every city I’ve been in, I’ve been involved,” explained Stokes about his civic interests. He strongly believes everybody deserves a fair shot at success.

Not only is Stokes part of the Metro Chamber’s executive leadership team, he also serves on the Atlanta Committee for Progress, on the executive committee of Junior Achievement of Georgia and on Usher’s New Look Foundation(John Rice’s wife, Cammie, also serves on that board).

Twenty years ago this month, Stokes joined GE – a journey that has exposed him to increasingly more important positions starting with GE’s lighting business, aviation, transportation and now energy.

“It’s me trying to do my best,” Stokes said. “I have been fortunate to be with a company that will give you anything you can handle. Opportunities just happened to line up so I now am running an $11 billion business at the age of 45.”

It just so happened that Stokes moved to Atlanta at the same time the company was considering Atlanta as a possible location for its corporate headquarters. Although GE ended up picking Boston instead of Atlanta, the search did give GE executives an opportunity to look at Georgia through a new lens.

“I think the city is admired. That’s why I’m here,” Stokes said, adding that he believes Atlanta is well positioned for new opportunities for GE. Last year, the company announced it was moving its digital headquarters to Atlanta.

Stokes can trace back his interest in GE to when he was growing up in Cleveland, Ohio – the headquarters for GE Lighting. Every Christmas, the company would put on a spectacular Christmas lighting display at its Nela Park headquarters, and GE’s slogan – “We bring good things to life” – stuck with him.

“It was a company you really could respect,” Stokes said.

His father, and many family members, worked for General Motors, and his mother was a teacher and later a principal after getting her PhD. His parents and grandparents instilled in him and his siblings a strong work ethic and value system.

“They pushed us to be the best we could be at everything,” he said.

But Stokes also saw how Cleveland changed when the “enormous” automobile industry began to fade away.

“I watched what can happen to a city over time when it doesn’t look to respond to business needs,” Stokes said. “It’s an eco-system.”

After going to college and working for a computer company, Stokes joined GE’s Financial Management Program, a two-year training program that exposed promising employees to different aspects of the business. Stokes finished in the top 15 of the more than 300 in his training class.

“I was very competitive,” Stokes said. “I was the captain of my football team, and I was captain of my track team. My wife always says the worst thing you can tell me is that I can’t do something.”

Stokes credits his family for that spirit. One grandfather was an entrepreneur who ran a washer and dryer repair business. The other grandfather worked for GM, as did his father.

“My father lost his hearing at the age of 17,” Stokes said “He is the smartest person I know. He got tuberculosis, and the medical treatment caused him to lose his hearing. I learned from him at a really young age. I never saw my dad act like a victim.”

As Stokes climbed the ladder at GE, top executives like Rice took notice.

One day in 2010, when Stokes was working at GE Aviation, John Rice called and said, “There’s something we need you to go fix in transportation, and I believe you can do this.”

It required a move to Erie, Pa., and Stokes asked if he could think about it. “Sure,” Rice said. “I’ll hold.”

After a couple of years in Erie, the business moved to Chicago. Eventually Stokes became president and CEO of GE Transportation, a job he held before moving to Atlanta.

“My family loves Atlanta,” Stokes said of his wife, Lisa, and their three children – an 11-year old and two teenagers – and it’s a sentiment he shares. “The city has embraced me and allowed me to get involved in a lot of things that I think are important.”

In particular, Stokes said he has always been fascinated by Atlanta for its role in the Civil Rights movement and its strong Fortune 500 culture. He also appreciates the professional sports teams that are here, even though he remains an avid fan of Cleveland’s teams. But Atlanta’s teams are next.

Stokes also loves being in a city with a top international airport (his business operates in 95 countries), a major airline and the camaraderie among the region’s executives.

He also is fascinated with his day job, which he views as transforming society.

Stokes also is looking for ways to leverage GE’s business with community investments. GE and Georgia Power are partnering with the Atlanta Police Foundation to improve public safety – each investing $500,000 in the Atlanta Promise Youth Center.

In looking at areas he sees room for improvement in Atlanta, Stokes mentioned traffic – specifically longing for a more robust transit system similar to what exists in Chicago; and public education, also one of the top priorities of Rice when he was in Atlanta. (In between Rice and Stokes, the executives running GE’s energy businesses here never moved to Atlanta, and they were less involved in the community).

In short, Stokes sums up his interests in a commitment to “economic opportunity” – similar to the opportunities he has had in his life. “I want to try to figure out how you give more people the opportunity to accomplish what they want to do.”