George C. Marshall and the decline of political literacy 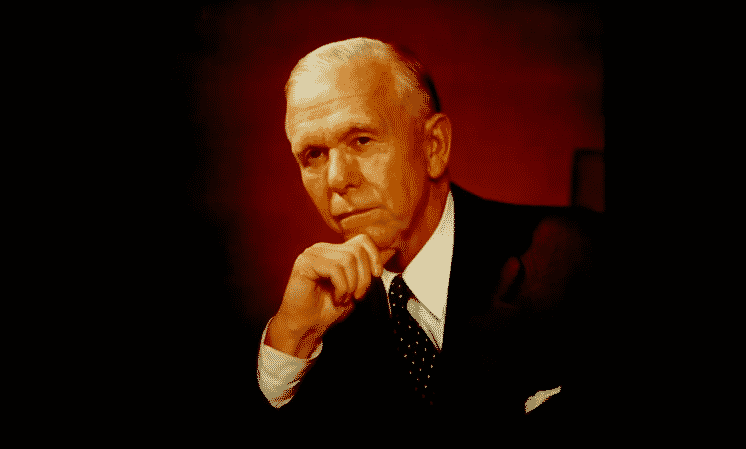 “I am sorry that on each occasion I have said something publicly in regard to our international situation, I’ve been forced by the necessities of the case to enter into rather technical discussions. But to my mind, it is of vast importance that our people reach some general understanding of what the complications really are, rather than react from a passion or a prejudice or an emotion of the moment.”

There are a lot of reasons why it’s timely to revisit George C. Marshall’s speech, given 70 years ago this week, outlining his plan for a European recovery from the ravages of the Second World War.

The Marshall Plan, which the new secretary of state and former general of the Army outlined in a Harvard graduation speech,  was the foundation for a relationship between the United States and its European allies which is being tested today as it never has before.

The prosperous and democratic Europe of today is very different from the devastated wasteland Marshall spoke of. In many respects that’s a result of his vision. In it, we can see a world view which anticipates NATO and the European Union. We can search this speech for clues as to what Marshall would make of the current state of U.S.-European relations, and where to go from here.

It’s also worth re-reading Marshall’s speech simply for its literacy, and to reflect on how the way big ideas are communicated has changed over these seven decades.

Compared to Churchill’s wartime addresses or Roosevelt’s fireside chats, this particular speech reaches no rhetorical heights. In one of its most important paragraphs Marshall gets stuck on the word “part” — “An essential part of any successful action on the part of the United States is an understanding of the part…” — and barely escapes.

That’s all the more reason to consider Marshall’s speech as representing an accepted standard for public speech of the day, and reflect on how that standard has declined  over time.

If Marshall wasn’t one of his era’s great speakers, he nevertheless was effective in articulating the big idea he was bringing to the table, and direct in his ability to communicate the nation’s interests. He had a good general’s gift for lining words up and marching them off in the right direction.

“It is logical that the United States should do whatever it is able to do to assist in the return of normal economic health in the world, without which there can be no political stability and no assured peace,” he said that day. “Our policy is directed not against any country or doctrine but against hunger, poverty, desperation and chaos.”

The “whole world of the future,” Marshall said, hung on the ability of the American people to make a “proper judgment” about a situation which was difficult for them to comprehend. In conclusion, he framed the questions that must be answered to make that judgment: “What are the sufferings? What is needed? What can best be done? What must be done?”

The declining sturdiness of public and political speech since that day corresponds directly to the diminishing ability of political leaders to sell big programs or put across big ideas. When President Bill Clinton put the definition of one of the most elemental words in the language in doubt — “It depends what your definition of ‘is’ is” — he made a notable contribution to the embrittlement of public speech. When we can’t get past “is,” we’ll never get to “can” and “must.” But this hollowing out of our words has been a long and steady process.

When is a travel ban a travel ban? When it’s politically expedient to call it one. Words change color and content, and sometimes political affiliation. This has always been the case, but increasingly words are used with the assumption that they won’t stick at all.

Bringing us to today’s Twitter feed. “Pathetic excuse by London Mayor Sadiq Khan who had to think fast on his ‘no reason to be alarmed’ statement. MSM is working hard to sell it!” President Donald Trump tweeted, on the morning of the 70th anniversary of Marshall’s clear, careful, monumental statement of U.S. policy.

Pathetic excuse? Think fast? All the mayor of London had to do was issue a statement that he wasn’t paying attention to Trump’s criticism of his comments. Endless re-rolls of videotape relieved the mayor of any need to show he was taken out of context. But these after all are just tweets, in which words have practically no adhesive quality at all.

Not that tweeting isn’t an effective form of communication, in its diminutive way. We can surmise from this one that the president remains deeply resentful of the fact that a Muslim is mayor of London, and is, as always, preoccupied with the MSM.

But could an idea as bold as the Marshall Plan be articulated in 140-character spurts? Not with words that don’t mean anything anymore.