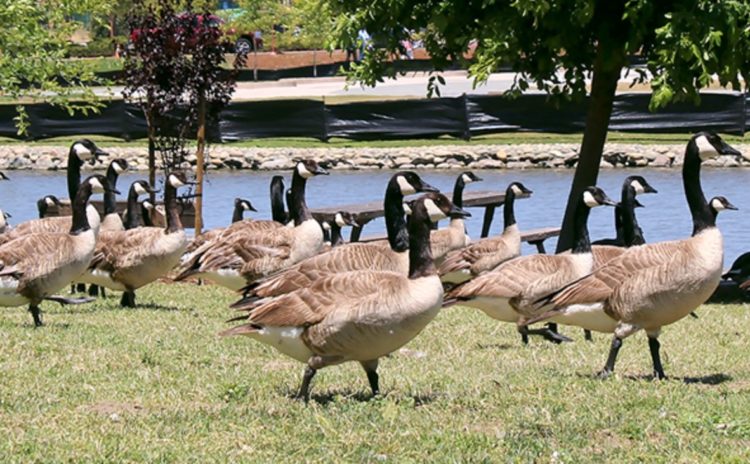 The U.S. Fish and Wildlife Service says an overabundance of Canada Geese has led to its request for authority to destroy nests and eggs year round. Credit: wildlife.org

Georgia wildlife officials are asking the public to exercise patience with Canada geese when they are land-bound in early summer. The federal government is seeking permission to destroy nests and eggs of resident Canada geese at any time of year. 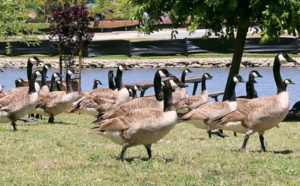 The U.S. Fish and Wildlife Service says damage caused by Canada Geese has led to its request for authority to destroy nests and eggs year round. Credit: wildlife.org

The U.S. Fish and Wildlife Service filed on April 25 a proposed rule change it says is needed to reduce the risk to humans and damage to property caused by Canada geese. The comment period closed May 28, according to the posting on the Federal Register.

Geese are causing troubles for humans, as the birds have begun abandoning their historic North-South migratory patterns and staying in areas including metro Atlanta. The FWS proposal says the geese, “are increasingly coming into conflict with people and causing personal and property damage.”

The rule change is needed because resident geese are starting to nest in February in the South. Some nests are started later in the year. Therefore, the extension of the nesting season prompted the FWS to, “amend the depredation and control orders to allow destruction of resident Canada goose nests and eggs at any time of year.”

The FWS is an agency of the Department of Interior, which is headed by Secretary Ryan Zinke.

Georgia’s Department of Natural Resources is asking residents to take a different perspective on resident geese – extend them patience: 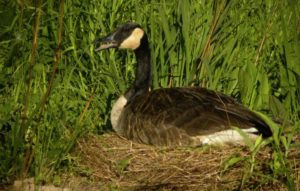 Georgia wildlife officials urge residents to practice patience with Canada geese when they are unable to fly at this time of year. Credit: Georgia DNR

Geese can’t fly at this time of year. They may flap their wings, but they don’t have the proper feathers to take flight, according to a DNR statement.

“Each summer, in late June and early July, geese go through a molting process during which they lose their flight feathers and are in the process of growing new ones,” Greg Balkcom, a state wildlife biologist, said in the statement.  “We find that it is typically this time of year, when the geese are ‘land-bound,’ that the most complaints about goose feces and feathers are reported.”

DNR’s first bit of advice to those who encounter geese is to leave them be:

The statement goes on to remind that geese are a protected species: 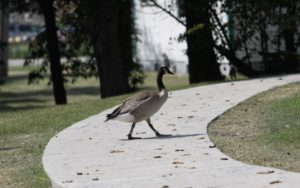 A stroll through areas where Canada geese congregate ‘can be an unpleasant experience,’ according to the City of Winnepeg, Canada. Credit: winnipeg.ca

DNR offers two solutions to property owners who want the geese off their land:

Previous Article
Congress must resolve immigration issue, return to work for American people
Next Article
‘Won’t You Be My Neighbor?’ – movie lets Mr. Rogers speak for himself