Georgia — and other states — have rural prosperity on their minds. Now how to get it done? 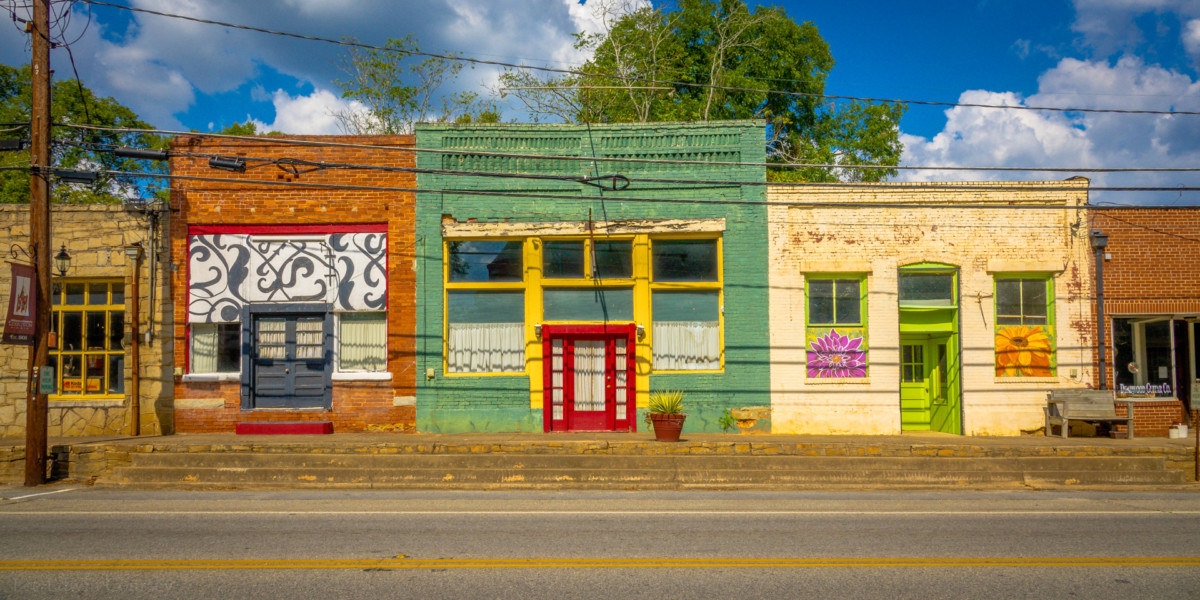 The tale of town versus country is an old one. In metro Atlanta, there’s no shortage of doctors, residents have several companies offering them broadband, plus lots of places to work and shop. At least compared to their country cousins.

Now, of course the country has its own advantages: less traffic, abundant land, cheaper housing.

But the worry is building among Georgia policymakers that the differences between metro and country are too big, to the detriment of folks in rural Georgia. It’s among lots of states thinking about how to make up the difference.

SR also spoke to folks in three other places about what’s worked — and what hasn’t — for them.

New Georgia Governor Brian Kemp campaigned heavily enough on rural issues that one of his early campaign documents was called “A New Day in Rural Georgia.” Given the evaporation of Republican votes in Atlanta’s suburbs, it’s a wise move. Page one of Kemp’s document was about rural broadband and suggested exploring tax incentives or low-interest loans to pay for it. 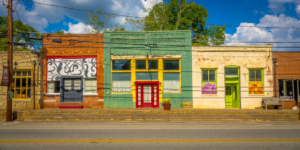 He joins other policymakers under the Gold Dome in Atlanta who are tuned into rural Georgia. The state House set up a Rural Development Council in 2017 — a two-year working group. Georgia’s Rural Center, an information and research center, just opened up at Abraham Baldwin Agricultural College after legislative approval. And the joint state House-Senate Rural Caucus meetings are popular enough that sometimes even non-rural legislators attend.

Rural broadband was the subject of the just about the first substantive bills the state House heard this year. In late January, a state House committee unanimously passed House bills 22 and 23, which allow rural telephone cooperatives and electric membership cooperatives to offer broadband, clarifying some ambiguity in the law about EMCs.

Rural broadband is also among the first fights this year. That state House working group, which includes powerful Republican committee chairs, has recommended subsidizing rural broadband buildout via grants. The grants would be bankrolled by a reworked and larger tax on telecommunications. Out would go some taxes on dying technology like land lines. In would come taxes on streaming services like Netflix.

The RDC’s report also recommends some specific things that sound esoteric, and maybe minor — but they’re the kind of tweaks that can smooth the wrinkles of policy that’s already there.

One is that counties should work together for economic development. As it is, counties or even cities often go it alone when they’re building and industrial park, or pitching to a company that’s thinking of moving in. Another is that small companies, those hiring as few as five people, should be eligible for tax credits that now only go to larger employers.

Another is related to health care — and would loosen up state regulations that govern when and where new health care centers can open, such as ambulatory surgery centers. However, it’s a bit early to say if this might go anywhere; indeed the RDC recommends most of the loosening in metro Atlanta, not rural Georgia. To fans, existing state regulations protect struggling rural hospitals from new centers that might siphon off well-paying patients. To critics, existing law hampers competition and keeps folks from health care.

One more recommendation: make it easier for small wineries to become distributors.

The rural Midwest may seem pretty different from Georgia. But some of the issues that Johnathan Hladik talks about are similar to what Georgia’s talking about. He’s policy director at the Center for Rural Affairs, a nearly 50-year-old nonpartisan nonprofit that works across the Midwest and is headquartered in Lyons, Nebraska. Population: 851.

One thing he said works well in his area is encouraging small entrepreneurship.

He said there’s a belief about job creation, especially in small cities, that offering enough tax breaks to lure a large manufacturer will solve the community’s problems.

“I think we’re learning that that’s not necessarily true,” Hladik said. Some cities, he said, give away too much, and it doesn’t pay off.

He praises a rural “microenterprise” tax credit that a business of five or fewer people can tap for inventory, real estate or even staff. It’s got a lifetime cap, but can help businesses get a start, he said.

But he also cautioned that there are those who look to abuse tax credits or other incentives, so those incentives have to be monitored and limited.

The Center is calling on the Nebraska Legislature to ensure broadband is available to all residents, in part to make it easier to run a business from home, be it a farm or some other business.

One problem, said Hladik, is that official data makes the state look better-served than it is, because access at as little as one house in a big rural Nebraska-scale Census block counts as “served.” Until there’s an accurate map, it’s hard to know what places need the most help.

Now, just like in Georgia, there are parts of the Midwest that are losing population.

“I think if you’re facilitating those opportunities through promoting entrepreneurship, through providing technical assistance and training so people know how they can have their own job, and if you’re providing the broadband they would need to connect with the rest of the world … that’s enough to help somebody stay in these communities.”

Patrick Woodie, president of the North Carolina Rural Center, is ready with 10 strategies for a stronger rural economy. The nonpartisan nonprofit came up with them in part by visiting communities all over the state.

The first five have to do with shoring up the infrastructure: making sure rural North Carolina communities have good schools, health care, broadband, waterworks, wastewater works, natural gas connections and transportation.

The next three points: help out in areas where it looks like there’s potential for job growth in rural North Carolina. That’s manufacturing, small business and value-added agriculture and biotechnology.

The last two: get communities working together on economic development, and build up good, strong technical and financial assistance for them, especially the most distressed communities.

About half of North Carolina’s 80 rural counties are losing population, said Woodie. But population loss has slowed, he said. And those counties that are a bit closer to cities, and integrated with them, are rising a bit in population.

He said there’s a lot of success in small towns that are focused on “placemaking:” usually that’s built around the revitalization of a downtown.

“Usually it involves things like a real community focus on putting vacant buildings back into productive use,” Woodie said. “Building a local environment that really nurtures the small businesses of that community, creates a networking space for them and helps really strengthen the likelihood that they’re going to succeed or even thrive.”

“Kids that we see going through that environment really leapfrog ahead of your traditional high school students in terms of their awareness of local and regional job opportunities; [they] have a really good understanding whether college is the right fit for them, or a community college, or an industry certification,” said Woodie.

(Georgia has some early colleges, and many colleges offer dual enrollment.)

Of course, the trend toward urbanization is worldwide; Woodie doesn’t see a reversal back to a rural world. The future of rural North Carolina won’t be like the past, he said. But there is a future.

“I think every community, no matter how small or how challenged, can really have a deliberate conversation and move toward making that community the best place that that community can be,” he said. “The key ingredient to that is they have to be clear on what their local assets are, and what do they value. You build upon your assets, and they need to really know and understand their assets.”

Maybe you heard about some state offering $10,000 to get remote workers to move in? That’s Vermont — though the fine print says the money applies pretty much to moving and setup expenses. And a long history of politicians promising universal broadband? That’s also Vermont. It’s one of the nation’s most rural states: most folks don’t live in what the U.S. Census calls an urban place.

Paul Costello is the executive director of the Vermont Council on Rural Development, a nonpartisan nonprofit that dates from 1992. It supports “locally defined progress” of Vermont’s rural communities.

So how does “locally defined” work on the ground?

Well, Costello suggests the tale of Burke, Vermont. Part of it has tourists but the not the road infrastructure, crosswalks, sidewalks or traffic lights to safely handle them all. And in another part, fine old buildings lack buyers and tenants because there’s no sewer underneath them. And in between, there’s a school that lacks space.

He knows fixing all three items are priorities because that’s what people in Burke decided, after a “Community Visit” process, facilitated in part by VCRD. They invite everyone in a community figure out what needs to be done, then help folks to do it. One of the end products is a list of what people need to do, who they can call, what needs to be researched, where a grant might be available and more.

Only communities can define the creative opportunities for their own renewal, Costello said.

(By the way, Burke just got a grant to help plan sewer works.)

Asked about success stories, he also talks about policy and jobs too. Agriculture in Vermont in large part means dairy. But there’s an issue with milk: it’s a commodity and prices are low.

To get out of that trap, people working the land need to diversify or add value, he said.

He’s got high praise or for the state’s Working Lands Enterprise Initiative. It gives technical and financal assistance to people doing just those kinds of things.

But when he talks about what works in Vermont, Costello keeps returning to small-d democracy at the community level, about people getting together, deciding on their own vision and then working to accomplish it.

“Democracy doesn’t just call you to vote once a year, it calls you to participate and help set direction and then to help lift your community and drive it forward,” said Costello.  “It’s not an observation, it’s a participatory sport.”