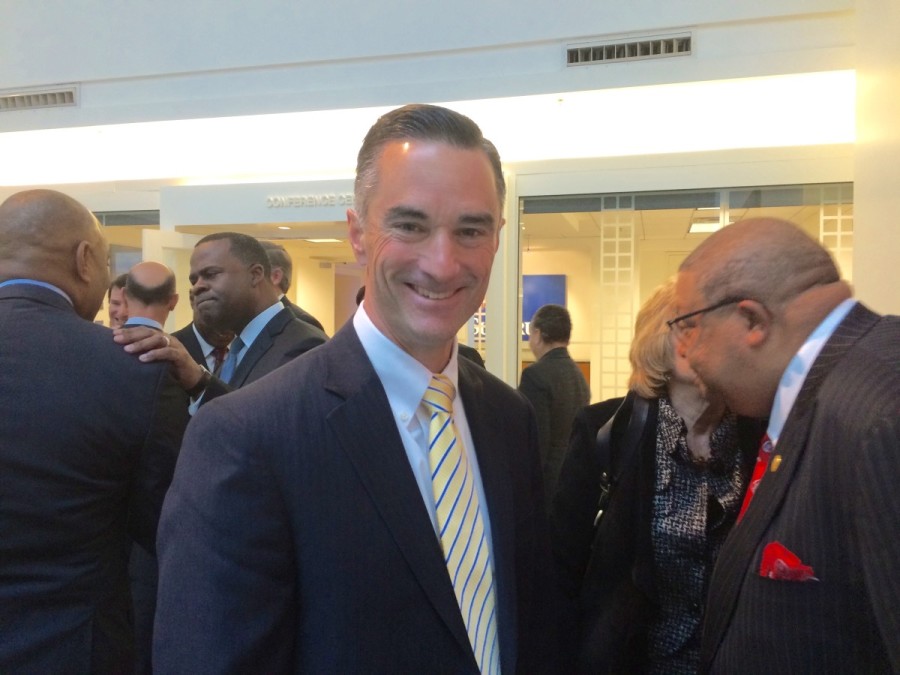 Top Georgia business leaders now are looking toward Gov. Nathan Deal to continue his stance against discrimination – as it relates to HB 757 – also known as the religious freedom bill.

Richard Dugas, president and CEO of the Pulte Group who chairs the Metro Atlanta Chamber’s Public Policy Advisory Board, spoke out strongly against the the bill, which has now passed both the Georgia House and Senate and will rest on the governor’s desk.

The Metro Atlanta Chamber board met Thursday morning for its regular monthly meeting, and HB 757 was a key part of the discussion, according to people in the room. 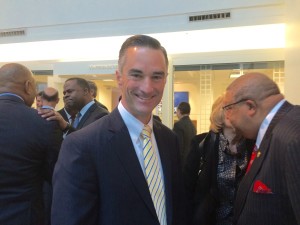 “The unfortunate outcome of the current legislation definitely conflicts with our principles of diversity and inclusivity,” Dugas said in a telephone interview Thursday afternoon. “We believe it will erode our business climate and hurt our ability to attract, retain and create jobs here.”

Dugas also said business leaders are concerned with the bill’s potential to harm the state’s convention business as well as hurt Georgia’s chances to attract major sporting events, such as the Super Bowl. He added that the convention and hospitality industry generate billions of dollars to the state’s economy.

“We agree with Gov. Deal that allowing discrimination in any form is not acceptable,” Dugas said. “We appreciate his leadership in calling for inclusion. We respectfully ask him to maintain his view. “I do know that the governor has done a great job by leading from the front. He has said any legislation with discriminatory language will be vetoed.”

Dugas did say he appreciated the efforts by some legislators to craft an acceptable compromise, but he said the effort fell short.

“The legislation that was passed yesterday was very disappointing,” Dugas said. “We are going to ask the governor to continue his leadership. I am optimistic we will end up on the right side of this issue.”

Dugas said the words – religious liberty – sound good, but “when you get underneath the covers” of the bill, it would allow discrimination.

“It’s a very strong statement of unity and inclusion and acceptance,” Dugas said. 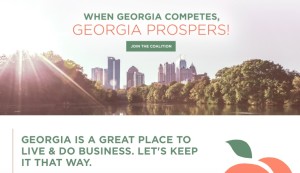 The Metro Atlanta Chamber also sent out an official statement opposing the legislation.

“This legislation is in conflict with the values of diversity and inclusion that Georgians hold dear and could erode Georgia’s hard-earned status as the No. 1 state for business – and would harm our ability to create and keep jobs that Georgia families depend upon,” the statement read. “We agree with Governor Deal that allowing discrimination isn’t a proper reflection of who we are and echo his call for unity and inclusion. We deeply appreciate the Governor’s deliberation on this very important issue, and respectfully ask him to maintain this view while considering this legislation.”

“The Georgia Chamber of Commerce appreciates the hard work and thoughtful deliberation put into the most recent iteration of House Bill 757, however we remain concerned about the legal and potential economic impact as a result of the bill’s passage.”

Clark went on to say: “Like Gov. Deal , we agree legislation that would have a discriminatory effect isn’t good for Georgia, our business community or a reflection of who we are as a state.”

The Georgia Chamber called for an “in-depth, unbiased and thorough legal analysis of this new language to establish what this bill does and does not do.” Although the legislation has come a long way, the Georgia Chamber said it still fell short of “offering balanced language, therefore we remain opposed.”

William Pate, president and CEO of the Atlanta Convention & Visitors Bureau, also said he was disappointed with the bill, which if signed into law, would have a “substantial impact” on the industry.

As the one of the largest industries in Georgia, Atlanta’s hospitality community is committed to welcoming and respecting the rights of all visitors to our city and state,” Pate said.

Atlanta Mayor Kasim Reed also issued a strong statement against the bill, saying it would impair “our ability to recruit major corporate headquarters, startups, small and medium-sized businesses. Nearly every corporate, non-profit, academic leader and entrepreneur I’ve spoken with is concerned that its passage will harm their client relationships and their ability to hire world-class talent in Atlanta.” 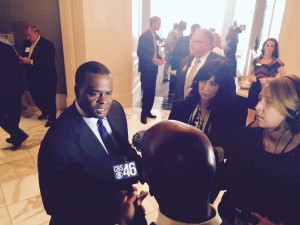 Reed also said: “HB 757 does not represent or uphold our city’s rich history of diversity and inclusion. This bill should not become the law of our state.”

Mark Moskowitz, the Southeast Regional Director of the Anti-Defamation League, also urged Gov. Deal to “veto this disgraceful and discriminatory bill.  Religious liberty protections are a shield for the free exercise of religion and not a sword to harm others.”

The ADL went on to say that HB 757 becomes law, it “will turn back the clock  50 years on civil rights in Georgia.  It is critical to remember that during the civil rights movement the very same religious exemption arguments were made in support of discrimination against the African American community.  Just as those arguments were rejected, HB 757 must be rejected.  Standing alongside equality, fairness and being on the right side of history are reason enough to veto this legislation.  But the dire economic impact of similar legislation in Arizona and Indiana should not be lost on the governor.”