A Georgia Democrat and a Georgia Republican are working together in Congress to knock down the paywall around federal court documents. 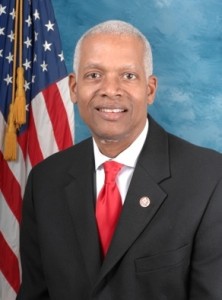 Right now, the cost adds up fast for folks who want to read the findings and the filings in U.S. federal courts. Legislators on both sides of the aisle in Congress are getting sick of a system that they say puts a barrier between the people and their government.

“Convenient access to public records in federal courthouses shouldn’t be a privilege just for the wealthy few and their silk-stocking, tassel-shoe-wearing corporate lawyers,” said U.S. Rep. Hank Johnson, the Democrat who represents east metro Atlanta, speaking Tuesday at the U.S. House Judiciary Committee about his Open Courts Act of 2020.

His bill would end fees for reading and downloading documents from PACER, the online database that holds federal court filings. That means it would be free for anyone — students, lawyers, researchers and reporters — to see what the nation’s top courts are up to. The committee approved the bill in a unanimous voice vote.

“Our court system is a cornerstone of our democracy, but forcing Americans to pay to view public court records prevents transparency in justice,” reads a Facebook post from U.S. Rep. Doug Collins, Johnson’s Republican colleague from northeast Georgia who co-sponsored the legislation.

Right now, it costs $0.10 per page to get those documents, up to a maximum of $3.00 per document. But any given case can include hundreds of documents. 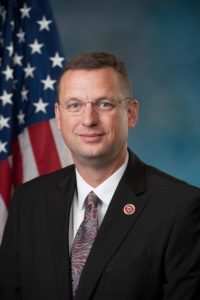 The documents are of interest to students, lawyers and researchers, who use them for all kinds of things like reading up on precedents or evaluating judges.

Johnson said access is especially important for new, young lawyers who don’t have deep-pocketed clients to pay for PACER access.

Reporters — including the ones at SaportaReport — also peruse the documents for clues to the inner workings or legal thinking of companies, people or governments.

Johnson said PACER takes in somewhere between $100 million and $140 million a year.

Under Johnson’s bill, PACER administration could be paid for by fees on power users who rack up hundreds of thousands of database page views, or by increased fees on certain kinds of filings.

Several other U.S. House and U.S. Senate members from across the country have sponsored various bills over the years, including bills active this year, to cut or end fees.

But it’s not clear yet if any bill will make it to President Donald Trump’s desk. The last day of work so far scheduled for this term is Dec. 18.

The U.S. Court of Appeals for the Federal Circuit found last month that PACER does collect more money than it takes to run the system, in a class action case led by several free-document advocates. But the ruling doesn’t immediately force PACER to knock down fees by any amount.

Some advocates are worked up enough about PACER fees that they’ve created the nonprofit Court Listener and Recap archive, through which millions of judicial documents are published for free — donated by paying PACER users.

In Georgia’s courts, the price of documents varies. Records from Fulton County, for example, are in a database that’s free to search. Reading the documents online costs $0.50 per page, though there’s free access at the county courthouse. Property records from superior court clerks from much of the state are in another database that costs $10 per month.