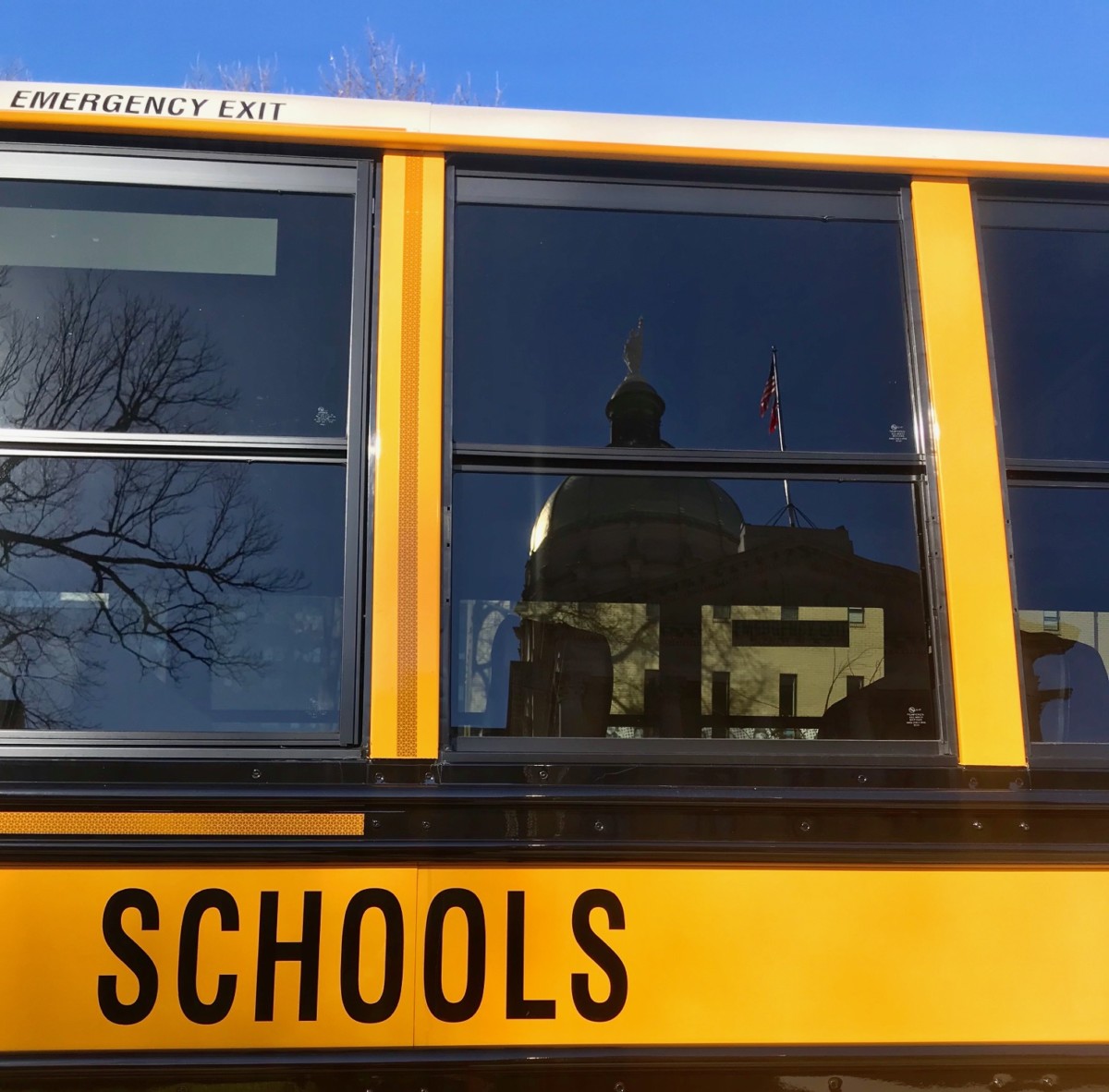 K-12 schools are first in line for a state-sponsored shot in the arm, under Georgia Gov. Brian Kemp’s spending plans for the next 17 months.

The Republican governor proposes $647 million more for K-12 schools for the year that ends this June 30; and $573 million next for the following fiscal year.

The new school dollars would bring Georgia closer to a spending baseline that the state has ignored and failed to reform for most of the last decade. It would also put the state Department of Education’s budget at about $10.2 billion next year.

Kemp also announced that every K-12 teacher and staff member will get a $1,000 bonus. That’s thanks to $2 billion in federal COVID-19 relief funds for schools.

Since COVID-19 has struck, it’s federal money that has underwritten much of Georgia’s response, and refilled the state’s unemployment trust fund, which ran out of money months into the pandemic.

“The daunting task of teaching Georgia’s next generation in the midst of COVID-19 has been anything but easy,” Kemp said Thursday, at his annual State of the State speech, announcing the education spending.

But while COVID-19 has got frantic Georgians clambering for a vaccine appointment, Georgia’s governor isn’t proposing any big new state spending on public health or other human services.

Overall, state spending next year would come to $22.7 billion this year and $23.3 billion next year — typical growth in a state where the population, and demand for services, is growing.

The state’s rainy day fund will stay at well over $2.8 billion dollars.

So far in the pandemic, the state’s tax revenues have stayed healthy. The idea behind the conservative budget and sitting on savings is to have flexibility if the economy nosedives later.

In his speech, Kemp also emphasized some money proposed in his budgets to help businesses and rural communities.

One top item he proposes is a $40 million for a “rural innovation fund” — meant to be sort of a Shark Tank, but for rural communities’ economic developments ideas.

In her response to Kemp’s speech, Senate Democratic Caucus Chair Gloria Butler said many Georgians will have difficult paths to get back on their feet after COVID-19.

“At no time in our history have health care and the economy been more tied together,” Butler said.

For fixes, she pointed to planks in her party’s priority list, like a $15 minimum wage and expanding Medicaid health insurance to more low-income Georgians.

Next week, the state House and Senate will start budget hearings. Each will propose their own draft budgets for the remaining months of fiscal year 2021 and for all of fiscal year 2022. The two chambers and the governor will then come to some spending consensus in the coming months.

Previous Article
Housing Forum: What does a less segregated housing world look like and how do we get there?
Next Article
Reporter’s Notebook: Grady full, predicting 2021 and more