The Georgia Hispanic Chamber of Commerce has added its voice to the choir of praise for the trade agreement with Mexico and Canada that President Trump signed Wednesday. 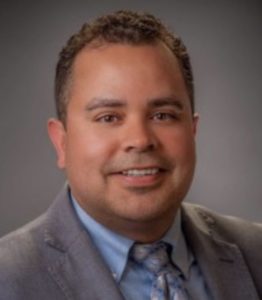 “This agreement will continue to facilitate commerce between Georgia and two of our most important trading partners,” GHCC President and CEO Santiago Marquez said in a statement. “We believe this agreement will help Georgia farmers, business owners and workers.”

Trump signed the agreement in a 37-minute ceremony at the South Lawn – during which the president recognized Georgia freshman Republican Sen. Kelly Loeffler:

Santiago’s reference to the USMCA’s expected benefits for the agricultural sector echo the strong support the deal has received from the nation’s agriculture community. One indication of that support is evident in a letter sent in September in support of USMCA that was signed by all former secretaries of agriculture since the Reagan administration. It said the trade agreement would create jobs on and off the farm:

As trading partners for agricultural goods, Canada and Mexico are in the top three for exports from Georgia. The state exported a total of $4.2 billion in ag goods in 2018, with the top exports being poultry, dairy, cotton and peanuts, according to the latest report from the Georgia Department of Economic Development. 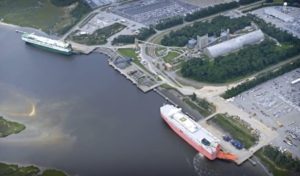 The state’s non-agricultural trade with Canada and Mexico includes materials in the automotive supply chain, as well as finished vehicles, according to the GDEC report. In regards to Canada, Georgia’s exports of medical devices and pharmaceuticals to the nation have been part of a sector that has grown by 318 percent since 2004.

The chamber’s support joins that of the U.S. Hispanic Chamber of Commerce. The national chamber weighed in the day the Senate signed the legislation, on Jan. 16. The House had already approved the measure.

Like the Georgia Hispanic Chamber, the U.S. Hispanic Chamber of Commerce highlighted benefits for small businesses that are encompassed in the USMCA. A statement observes: