The nation’s mourning for fallen soldiers will be mostly private this year. The governor did join a ceremony for a Loganville soldier who died from injuries sustained while searching for Bowe Bergdahl, a now-disgraced former officer who pleaded guilty to deserting his post in Afghanistan. 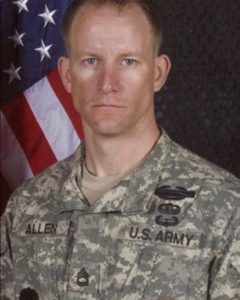 Even Arlington National Cemetery is closed to the public this Memorial Day. Families must show passes to enter the grounds. Each person must show proof of a mask, and the family is permitted to visit only the graves of relatives, according to a report on arlingtoncemetery.mil.

The Marietta National Cemetery was compelled by COVID-19 to cancel the major, traditional event hosted there by the National Memorial Day Association of Georgia. The keynote speaker was to have been Donna Rowe, a retired Army captain who served as a nurse in Vietnam and was the first woman inducted in the Georgia Military Veterans Hall of Fame.

Gov. Brian Kemp recognized Memorial Day with an executive order calling for the flags of the United States and Georgia to be flown at half-staff until noon on Monday, then raised to full staff. The order applies to flags on all state-owned grounds. The order reads in part:

Kemp joined in a private ceremony May 21 to add one name to the memorial wall at Clay National Guard Center, in Marietta.

The name is Ret. National Guard Master Sgt. Mark Allen. Allen’s name brings to 43 the number of service members honored on that wall. 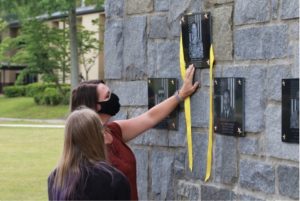 Allen was 46 years old when died Oct. 12, 2019. That was 10 years after his unit was ambushed in Afghanistan while searching in 2009 for Bowe Bergdahl, the former sergeant who pleaded guilty to desertion with intention to shirk duty, and misbehavior before the enemy.

Allen was in a unit seeking information about the missing Bergdahl when Allen was shot in the head by a sniper, according to a report in by cbsnews.com. Allen suffered severe brain trauma and was left largely paralyzed and unable to talk.

Unknown at the time was that Bergdahl had walked off his post. He was captured by the Taliban and held five years before he was brought home in an exchange for five Taliban prisoners held at Guantanamo Bay. The Obama administration arranged the exchange. Bergdahl pleaded guilty in 2017.

Shannon Allen had cared for her husband for a decade after a bullet wound in his head left him unable to speak, bound to a wheelchair and unable to hug his wife and daughter – a daughter who would climb into his wheelchair to be close to her father. A video tribute to his life and service was created and posted on his obituary by Tim Stewart Funeral Home. 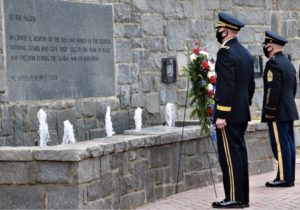 The message reads in full:

The center where the wall that honors Allen and the other soldiers is named in honor of former Gen. Lucius Clay. Clay was a native of Marietta who served as the military governor of Germany after World War II. Clay is best known for orchestrating the Berlin Airlift, which credited with saving Berliners from starvation resulting from a Soviet blockade in 1948 during the Cold War.