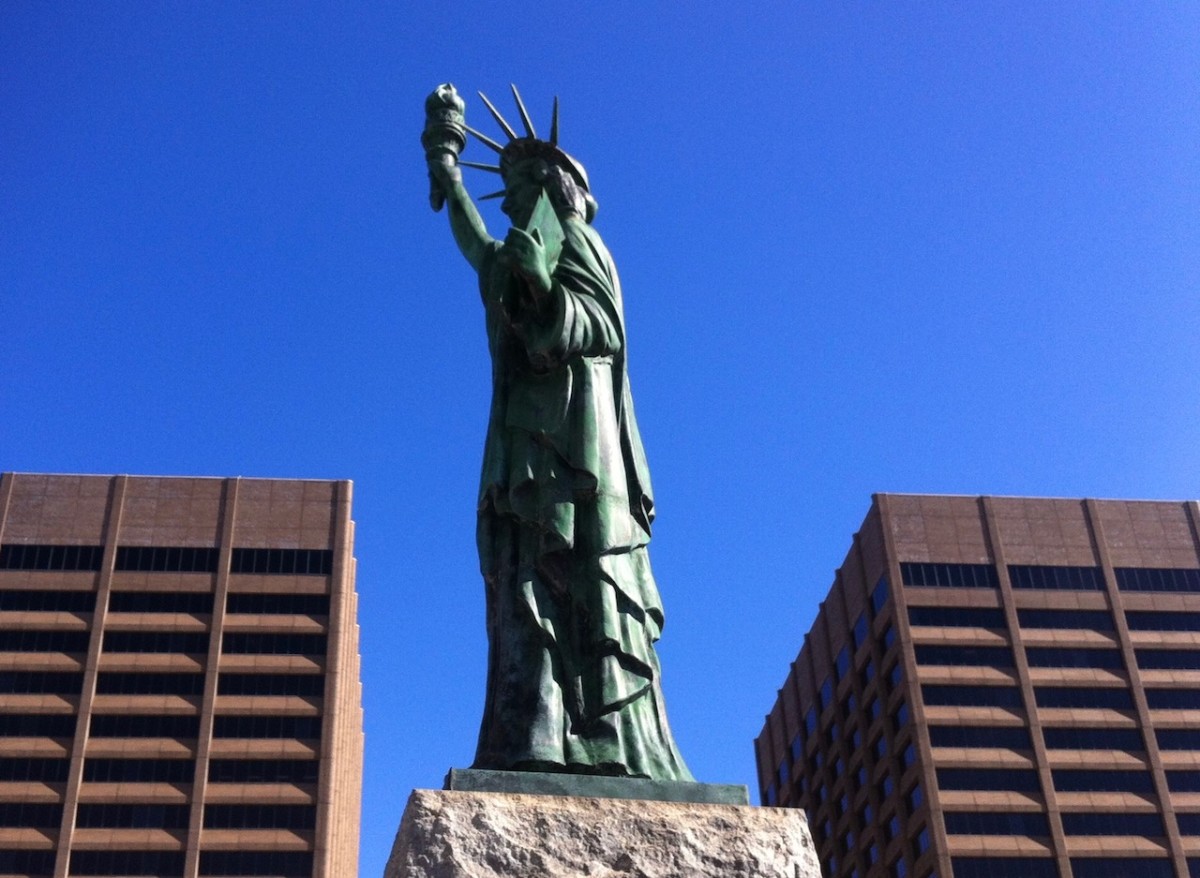 Liberty Plaza across from a Georgia state office building and the Capitol. Credit: Kelly Jordan

Dreamers’ hopes of paying in-state tuition at Georgia colleges were set back again Wednesday, as a state House committee took no action to equalize tuition rates with students who have U.S. citizenship.

Chrisitan Olvera said that equalizing tuition would put the dream of higher education into the reach of thousands of Georgia residents like himself. That is, people who were brought to the U.S. as children and are temporarily protected from deportation under the 2012 Deferred Action for Childhood Arrivals program.

“As a dreamer you’re hit with this paradox,” Olvera said. “You’re not allowed scholarships and funding, then they raise the price three times.

“I’m not here for a handout, I don’t want anybody else’s money.  I just want it to be equal what they charge,” said the Dalton resident and student at the state university there.

He was sitting at the state Capitol next to state Rep. Kasey Carpenter, a Dalton Republican who represents part of Whitfield County, where as a whole, about 19 percent of people are foreign-born. Carpenter said about 6,000 dreamers live in Whitfield.

“We’ve invested $100,000 in these folks’ [K-12] education so far,” Carpenter said.  “Why not invest a little bit more so that they can attain higher-paying jobs and pay more in taxes?”

So dreamers end up taking only two or three classes at a time because they’re working to pay tuition.

“It takes much, much longer to get through  … or they haven’t finished at all because eventually they get to a point where they just cannot afford it,” Carpenter said.

In practice, dreamers can’t get into Georgia public schools where an overwhelming number of academically qualified students apply, because a Georgia Board of Regents policy puts equally academically qualified dreamers in the back of the line. In 2019, a court upheld that policy of dreamer exclusion from Georgia Tech, the University of Georgia and Georgia College & State University.

As first written, Carpenter’s House Bill 997 would have granted in-state tuition to people who arrived in the U.S. before the age of 12, graduated from a Georgia high school, lived in Georgia four years before starting college and are not yet 30 years old. Separately, a Buford Republican and a set of Democrats filed similar bills. What’s unusual is that Carpenter’s bill had bipartisan co-sponsors, it got a hearing, and some thought it would pass.

The United States, or specifically Whitfield County, may be the only home many of those dreamers have ever known. But the DACA program is under federal court review.

Higher Education Committee Chair state Rep. Chuck Martin, R-Alpharetta, told Carpenter and dreamer advocates that he would not call a vote on the bill because of the pending U.S. Supreme Court case that could shut down DACA altogether. He also said he would not put his committee in the position of trying to make federal immigration policy.

“The federal folks in Washington need to get themselves together and figure something out,” Martin said.

But he also said that trying to get the federal government to do something is like sticking your head out the window and screaming.

The lack of a vote, as the annual legislative session nears its end, means the bill has almost no chance of becoming law this year.