The three men involved in the shooting death of Ahmaud Arbery were convicted on all counts. The incident sparked months of demonstrations across the country. 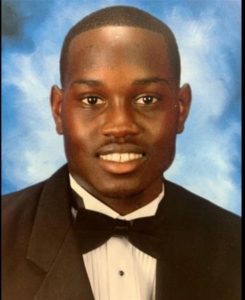 Leaders, activists and organizations from around metro Atlanta are reacting to the outcome of the trial, which concluded Wednesday, November 24.

The tone of many reactions is relief that justice has been administered for a community that often has been overlooked.

Below is a compilation of these reactions. This list will grow as significant figures make their statements.

“Ahmaud Arbery was the victim of vigilantism that has no place in Georgia. As legal efforts continue to hold accountable all who may be responsible, we hope the Arbery family, the Brunswick community, our state, and those around the nation who have been following his case can now move forward down a path of healing and reconciliation.”

Nothing can ever assuage the loss of #AhmaudArbery for his parents and loved ones, and the work of local organizers + the Brunswick community should not have been so vital to securing justice. Georgia must move forward on criminal justice reforms – not retreat. https://t.co/ykHj13Dhre

“This verdict upholds a sense of accountability, but not true justice.

True justice looks like a Black man not having to worry about being harmed– or killed– while on a jog, while sleeping in his bed, while living what should be a very long life.”

Ahmaud Arbery was murdered on February 23. So at 2:23, I ask everyone to take a moment of silence and simply pray for justice everywhere in his honor. pic.twitter.com/nhI3jhq8v0

I’m relieved that the jury made the right decision and a measure of justice has been delivered. But this verdict does not bring back Ahmaud Arbery, a life tragically taken too soon. I hope and pray his family and loved ones are brought some peace today as they continue to heal. pic.twitter.com/B3yE86RScS

“Today’s guilty verdicts are an important step forward for justice and accountability in this state and in this country. We cannot tolerate vigilante justice, especially when it is rooted in prejudice, bigotry, and intolerance. The prosecutors are to be applauded for putting forth strong and undeniably clear evidence while operating with a high level of professionalism and wisdom in this highly visible case.”