It’s long past time for Georgia to apologize for upholding slavery and Jim Crow discrimination, say a group of lawmakers.

“This is a necessary measure to acknowledge that this terrible time in our country’s history happened. And it happened right here in the state of Georgia,” said state Sen. Donzella James, D-Atlanta, speaking Tuesday of her Senate Resolution 537.

If passed, it would mean Georgia “acknowledges with profound regret the fundamental injustice, cruelty, brutality and inhumanity of slavery and Jim Crow.”

Their legislation is new, but the idea is not. In 2007, Virginia was the first state to apologize for slavery. Three of Georgia’s neighboring states have been among the others that have since apologized for slavery or Jim Crow or both.

Yet in their three tries since 2008, Georgia legislative Democrats have gotten no further with their legislation than did Republican Congressman Barry Loudermilk when he filed a similar bill as a state senator in 2013.

Civil rights activist Taos Wynn said he thinks this could finally be the year, but for a painful reason: recent open displays of racism.

“We’re hoping that people are more aware of these issues, people understand the urgency and the relevance of receiving this apology and acknowledgement,” said Winn, founder and president of the Millennial Civil Rights Campaign.

James said that both she and Williams have requested committee hearings for their resolutions.

The fundamental injustices of slavery and Jim Crow still ferment in peoples’ souls, James said. She can remember segregation. But she can only guess at who her ancestors were and if they ever stood on an auction block at Five Points in Atlanta or maybe on a racetrack in Savannah.

“I just want an apology,” she said. 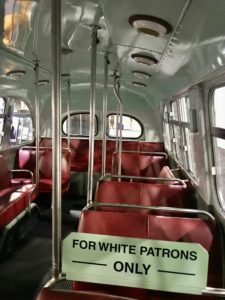 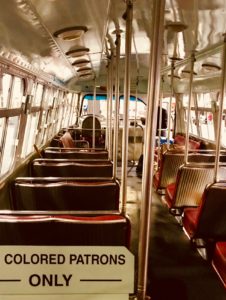 Previous Article
Almost no one thinks children on bikes are safe on a road next to Grant Park
Next Article
Building moratorium in Atlanta’s Westside to provide time to review housing costs, transportation