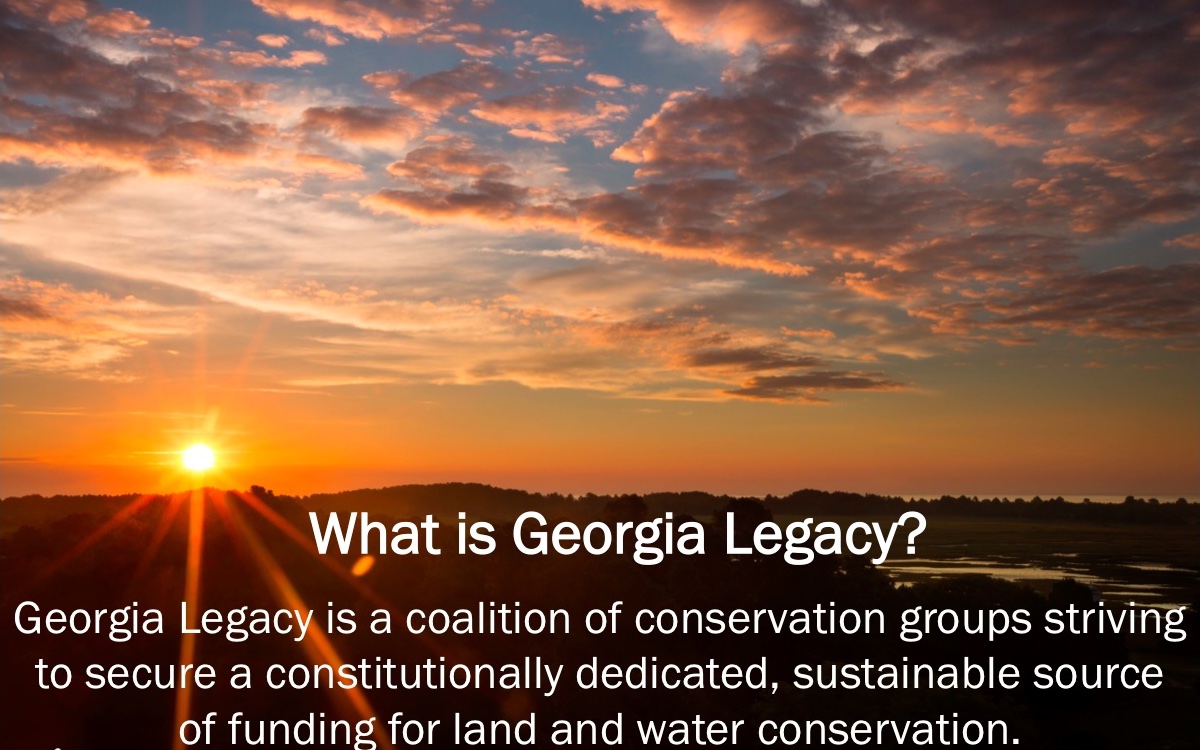 Dating back to 1998, Georgia environmentalists have longed for a dedicated fund for land conservation.

But getting a dedicated fund approved and implemented has proven elusive.

A measure to create a real estate transfer fee and dedicate all that revenue to the acquisition of green space and historic sites – the Heritage Fund – was rejected by voters in 1998 – partly because of anti-tax sentiments.

So Georgia has had to cobble land acquisition funding from annual set-asides from the various governors and and the General Budget.

Depending on the governor in office, the annual line item has fluctuated from $30 million a year to the current level of $10 million.

Now a coalition of Georgia’s environmental organizations are ready to try again.

For the past five years, the coalition has been working on a strategy that the different groups believe has a decent chance of passing.

Proposed state legislation is calling for allocating 75 percent of all state taxes collected from the sale of outdoor recreation equipment and to put those dollars into a dedicated fund for green space acquisition.

“Georgia currently owns 1.2 percent of the land area in the state – placing us 12th among the 16 Southern states,” said Stacy Funderburke, assistant regional counsel for the Conservation Fund. He added that the acquisition of lands is critical to the protection of water, wildlife and outdoor recreation.

Funderburke was speaking at the monthly Sustainable Atlanta Roundtable on Dec. 11, when there was a program about Georgia Legacy.

During the panel discussion, it was clear that Georgia is lagging behind several of its neighboring states when it comes to having a dedicated fund for green space conservation – notably Florida and Alabama. 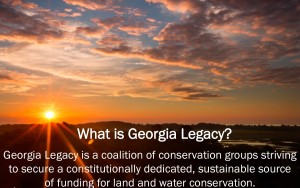 Deron Davis, executive director of the Nature Conservancy in Georgia, said there are 63 state parks and historic sites in Georgia generating $610 million in annual economic impact.

There also are 90 wildlife management areas. But Davis said that since 2009, there’s been a dramatic decrease in the Georgia Department for Natural Resources funding for parks, recreation and historic sites as well as for wilderness areas.

Georgia Legacy hopes to get a Constitutional Amendment before voters for the general election in November, 2016.

“The challenge is getting the (Georgia) legislature to put it on the ballot,” said Curt Soper, the Trust for Public Land’s state director of Georgia and Alabama. A Constitutional Amendment would have to be passed by two-thirds of the state legislature.

Other groups involved with Georgia Legacy include the Georgia Conservancy, the Georgia Wildlife Fund, Park Pride and Trout Unlimited.

They have tried to craft a proposal that would not require passing a new tax and it would allocate tax revenue collected from a business sector that stands to benefit from increased investment in green space acquisition.

A few states, such as Texas and Virginia, have used a similar funding mechanism for a dedicated green space fund. Numerous other states have found various ways to have dedicated funding for land and/or water conservation.

“There are about 20 states that have dedicated funding,” Soper said. A challenge will be getting it through the legislature and getting signed by the governor. “We think we have a good case to make.” 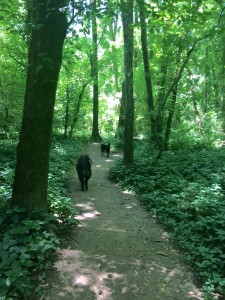 Photo of a nature preserve in the Morningside community. State funds would enable communities to seek funds for similar green space acquisition (Photo by Maria Saporta)

But the environmental leaders were optimistic that the proposal would be welcomed by voters. Recent polling has shown that 70 percent of Georgians favor dedicated funding for green space, according to Leah Dixon, advocacy director for the Georgia Conservancy.

Michael Halicki, executive director for Park Pride, said the beauty of the Georgia Legacy proposal is that there would be something for every part of the state.

“We see this as having something for our cities and for our rural areas,” Halicki said. “This is for all of Georgia. And we are trying to get support from Democrats and Republicans.”

Georgia Legacy may be the best opportunity the state has had in decades to create a dedicated fund for green space acquisition. And we are so long overdue in creating a funding vehicle to protect and conserve our green space and water ways.

Not only is it a worthwhile investment for our state’s future. More importantly, Georgians now are ready to invest in our natural amenities.