Georgia will not be required to release more water into Florida’s Apalachicola River if the U.S. Supreme Court abides by a report released Thursday by a special master appointed by the court to consider the case. Florida’s agriculture commissioner vowed to continue her state’s fight. 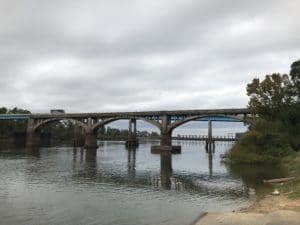 The Jim Woodruff Dam, in the distance, creates the Lake Seminole reservoir and forms the start of the Apalachicola River, which flows to the fishery at Apalachicola Bay and thence to the Gulf of Mexico. Credit: David Pendered

The report serves as an advisory to the Supreme Court from a special master the court appointed to follow the court’s directions on the case. Florida contends in a lawsuit it filed against Georgia that Georgia hoards water that otherwise would flow into Florida’s Apalachicola River. The lack of adequate fresh water flow has added to the collapse of the fishery at Apalachicola Bay, located east of the resort town Panama City, Fla.

The justices are not required to accept the special masters recommendations. Justices in 2018 rejected a report from the previous special master, whose 2017 report found in favor of Georgia – in part because the U.S. Army Corps of Engineers controls the dams that regulate the rate of water flow from Georgia into Florida. Justices ruled 5-4 that the special master, Ralph Lancaster, now deceased, had applied the incorrect legal standard.
In the ruling released Thursday, the special master, U.S. Circuit Judge Paul J. Kelly, Jr., concluded his 96-page report with three statements that reject Florida’s contention:

Georgia Gov. Brian Kemp had supported a full-throated defense of the case. Kemp issued the following statement after the report’s release. It state in full: 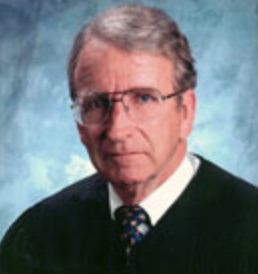 Florida Gov. Ron DeSantis does not appear to have issued a statement, according to the homepage of the governor’s website, where other statements are posted.

Florida Agriculture Commissioner Nikki Fried recommended in a statement that her state not back down from pursuing its claim for more water from Georgia. 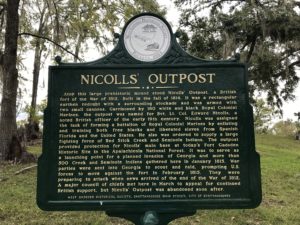 A British military outpost staffed with black and white Royal Colonial Marines, who were staged to invade Georgia, was established on the eastern bank of the start of the Apalachicola River, according to this marker . Credit: David Pendered