Georgia ranks No. 2 for growth in solar capacity since 2012, new report shows 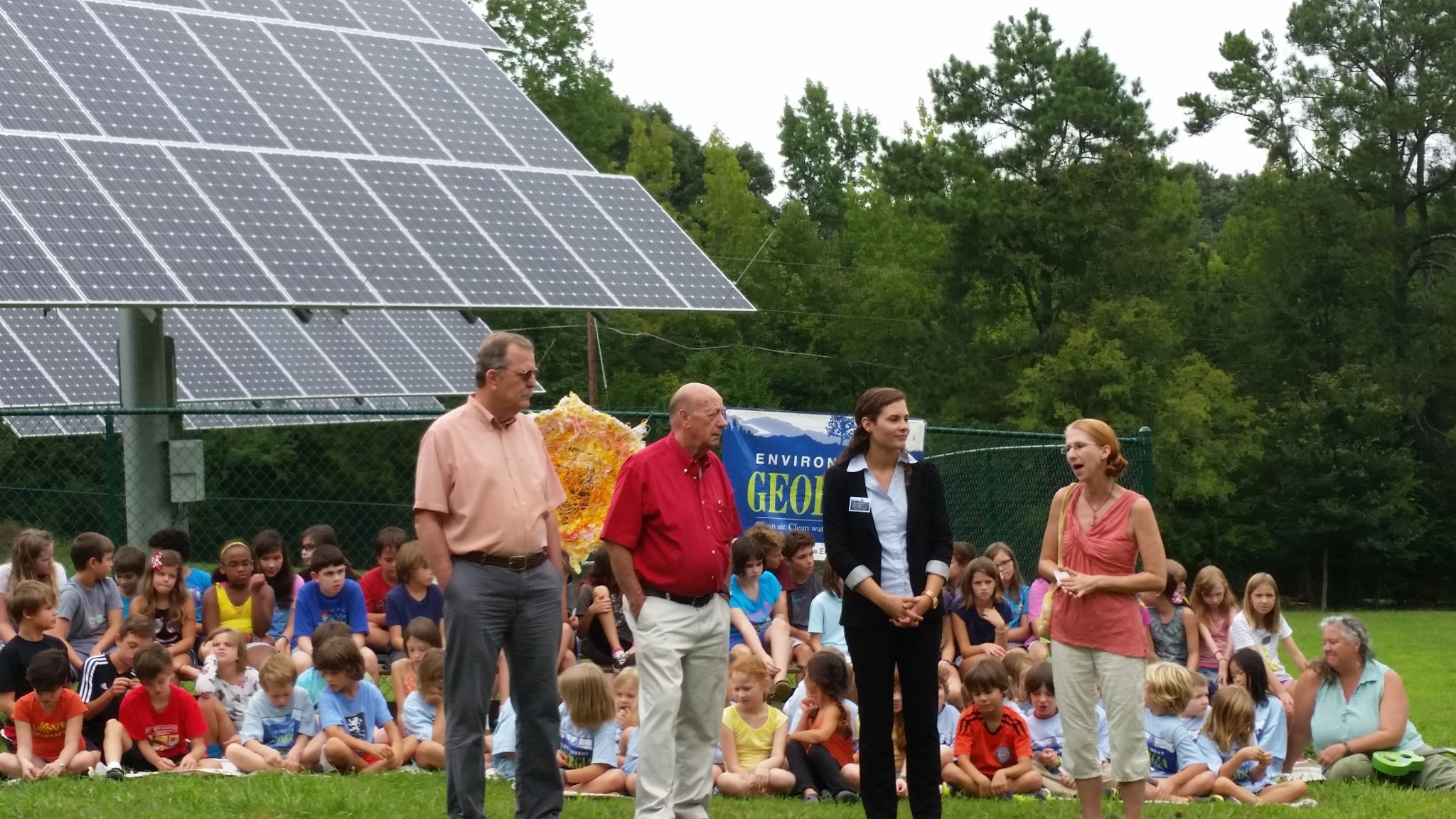 Athen-Clarke County Commissioner Melissa Link spoke at an event to mark the release of "Lighting the Way," a report on the state of solar power in the nation. The others are (l-r) Warren McPherson, director of Athens Montessori School; Gerd Schroth, a solar installer at Solar Sun World; and Colleen McLoughlin is the Solar Campaign Organizer for Environment Georgia. Credit: Environment Georgia

A new report commissioned by Environment Georgia provides a status report on the nation’s solar power industry and shows Georgia ranks second in the country in terms of growth in solar capacity since 2012. 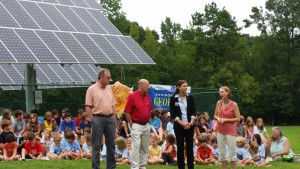 Athens-Clarke County Commissioner Melissa Link spoke at an event to mark the release of “Lighting the Way,” a report on the state of solar power in the nation. The others are (l-r) Warren McPherson, director of Athens Montessori School; Gerd Schroth, a solar installer at Solar Sun World; and Colleen McLoughlin, the Solar Campaign Organizer for Environment Georgia. Credit: Environment Georgia

The report, Lighting the Way, determined that every state has more than enough sunshine to meet its energy needs. The states that produce the most electricity from solar are those that have polices that encourage installation of solar facilities.

“We’ve got plenty of sunshine,” Colleen McLoughlin, solar campaign organizer with Environment Georgia, said in a statement. “Combine that with plenty of commitment to clean energy policies and Georgia can light the way on solar.”

Georgia has a new law on the books that is intended promote the production of solar power.

The new law addresses one of the recommendations made in the report. In a section about market expansion programs, one of the recommended financial strategies is to create: “[P]rograms that allow solar customers to sell solar renewable energy credits to utilities seeking to comply with state solar generation targets.”

“Our analysis shows that policy choices are a key driver of solar energy growth,” Gideon Weissman, a co-author of the report, said in a statement. “State and local government policy leadership is closely aligned with success in growing solar energy.”

In May, Gov. Nathan Deal signed into law House Bill 57, the Solar Power Free Market Financing Act. HB 57 is a, “giant leap forward in the development of distributed solar power in the state,” according to a white paper by the Atlanta law firm Smith, Gambrell & Russell. The paper goes on to state:

Here’s what the law does, according to Smith, Gambrell & Russell:

The report commissioned by Environment Georgia notes that similar provisions are being discussed in North Carolina and Florida.

Here are the top 10 states in the nation, in terms of solar electricity capacity. Credit: “Lighting the Way”

In Florida, citizen activists are promoting a ballot measure in 2016 to allow third-party solar ownership. The Florida effort, named Floridians for Solar Choice, involves the Libertarian Party of Florida, the Christian Coalition, and the Florida Solar Energy Industries Association, according to the report.

Environment Georgia released the report, Lighting the Way, Sept. 3 at Athens Montessori School. The school has a solar power facility.

The report determined that the top 10 states in the nation, in terms of solar capacity per person, have renewable energy requirements. Nine of the top 10 states have laws that enable solar customers to connect to the grid and sell their excess power to the utility.

Affiliates of Southern Co. and Ted Turner’s Turner Enterprises, Inc. have built a facility in Kern County, Ca., that has 80,000 solar modules. Southern California Edison has signed a 20-year contract to purchase power created by the interconnected 20 MW AC Adobe Solar Facility, according to pvsolarreport.com.