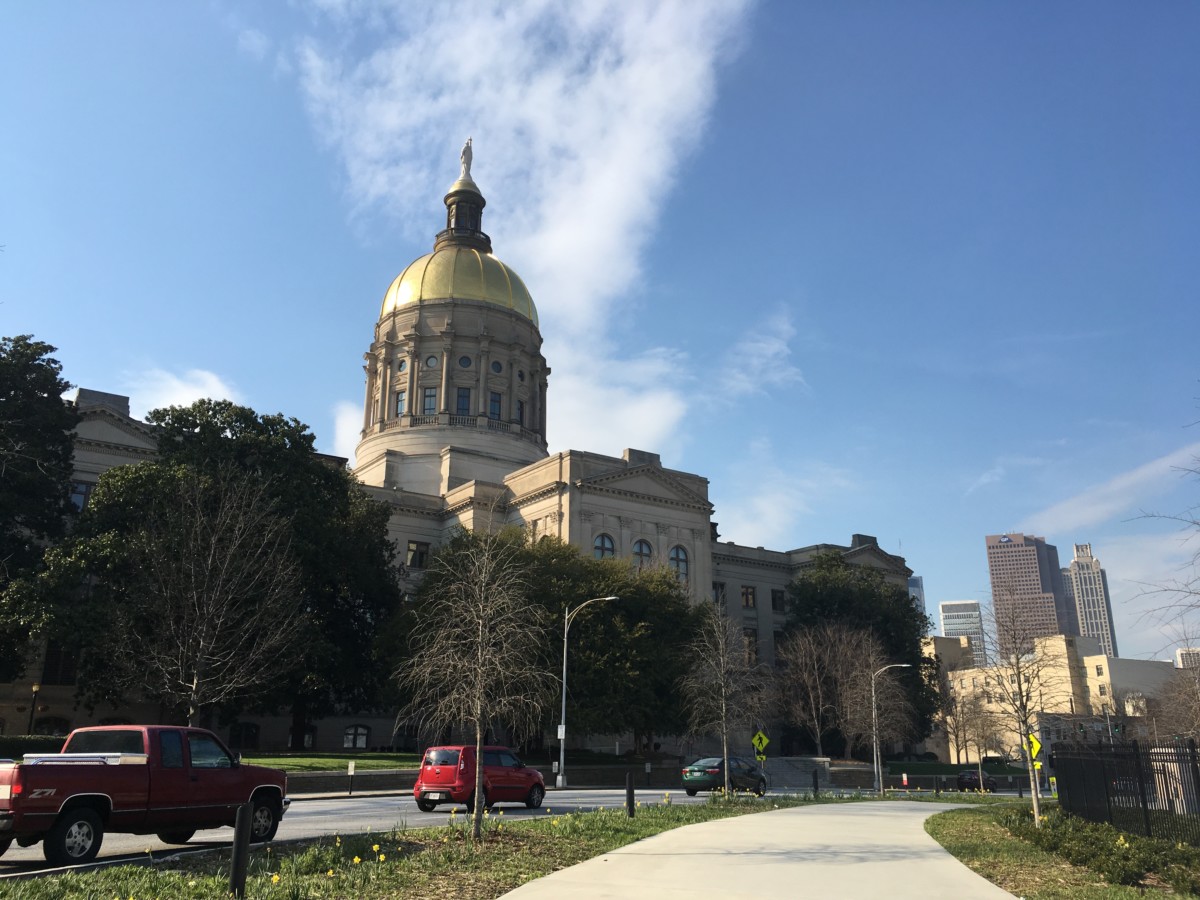 While Georgia Gov. Brian Kemp was downstairs at the Capitol on Monday signing a tax cut bill, a panel of mainly Republican state senators were upstairs putting final touches on a budget that Democrats have said is too meager for a pandemic.

But with less than two weeks to go in the budget season, there’s really not much left to fight about except details, like cash for things like MARTA, for police training, and rural hospitals.

First the big picture, where the House, Senate and governor broadly agree: Georgia will spend about $27.3 billion in the year that begins in July.

About $4 billion of that is already set aside off the top for roads and HOPE, and the Legislature can’t touch it.

The biggest spend that legislators can pretty much control annually is K-12 education. It’ll get about $10.2 billion in state money, less than it did two years ago.

The next biggest department is Community Health — and most of that is the state’s share of PeachCare, Medicare and Medicaid. That’s going to be about $3.4 billion in state money.

Both of those departments always get billions more in matching federal funds.

And this year, federal aid to states is cascading into budget offices across the country, including intoGeorgia’s.

The state Senate’s chief budget-writer, Appropriations Chair Blake Tillery, R-Vidalia, noted that new federal funding is appearing in lines all over the budget. And that Georgia’s revenue isn’t hurting from the pandemic.

But it’s not enough to make him bullish on spending.

“While this budget recognizes state finances have outperformed our pandemic expectations, I need to also tell you there’s a lot of uncertainty on the horizon,” Tillery told his committee Monday morning. “We know that federal funds, while they’re coming in now … we do not expect them to continue forever.”

Indeed Republicans have been united on a tax cut that the governor took the unusual step of signing while the Legislature is still in session — something he’ll only do a handful of times per year.

House Bill 593 has the state forego about $140 million per year by raising the standard income tax deduction. For the typical low- or middle-income Georgian who gets it, it’ll be worth some $40 to $50 per year. (Or, about a dollar a week.)

“As we return to normal here in the Peach State and look to fully restore our economy, it is critical that Georgians keep as much of their hard-earned money as possible,” Kemp said just before signing the bill.

He said the federal government is spending itself into a national debt crisis, whereas Georgia is building on a tradition of “responsible fiscal management.”

Georgia’s budget is being shored up by billions of those newly printed federal dollars.

Republicans have been quick and constant in their praise of HB 593, while Senate Democrats were quick to ridicule it as too little to fix any problem a family is having.

“We should be smart, instead of play into some bumper sticker thing about, ‘Oh we cut your taxes,'” said state Sen. Nan Orrock, D-Atlanta, speaking Thursday about the

Over in the House, Democratic budget sentiment was similar, with one representative saying that Georgia’s putting money in the bank instead of stocking its empty refrigerator.

But there’s still a little drama left in the details.

The Senate version of the budget agrees with a House project for $58 million in new or restored state spending on the needs of folks who have behavioral health challenges or developmental disabilities.  And all throughout the budget, the Senate Appropriations budget makes relatively modest six- or small seven-figure additions for things like pay increases for some staff like state troopers or new staff in the judicial branch.

The Senate version also makes a few relatively modest cuts — but a few stand out.

These things are all modest in the perspective of an $27.3 billion budget.  But MARTA’s important to Atlanta, Democrats want more police training and the poor financial health of rural hospitals has been a lament for both parties for years.

There’s every chance that those items and others are bargaining chips in the state Capitol as it reaches the end of an annual session that’s been dominated by debate over voting bills.

The full Senate is all but certain to pass its budget in the coming days. Then the House and Senate will need to come to some consensus budget by March 31 to send to Kemp for his review.