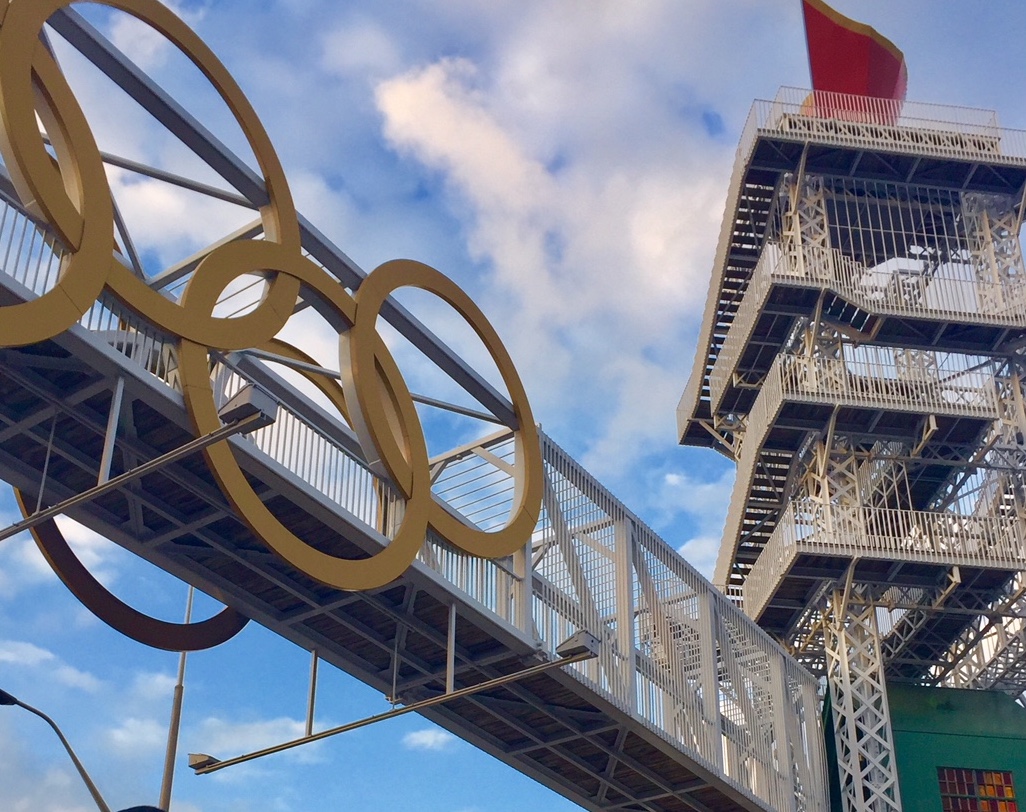 Updated with clarification from GSU: basketball games would be played at the new center, but offices for basketball and practices will be kept at the Sports Arena.

Students entering Georgia State University this year may in four years march across an indoor stage at a new school-owned building to receive their diplomas, if all goes quickly on a design and construction schedule for a new building just south of I-20.

A $5 million bond for design of a building simply called the “Convocation Center” appears in Gov. Nathan Deal’s proposed budget for the year that will begin in July. 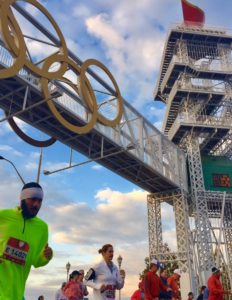 GSU is looking to build a new Convocation Center at Fulton Street and Hank Aaron Drive. Runners pass under the Olympic rings that span the road there, during the Atlanta Track Club Half Marathon on Thanksgiving Day in 2016. Credit: Kelly Jordan

It would be built on a roughly 6.5-acre plot on the northwest corner of Fulton Street and Capitol Avenue. That’s between Interstate 20 and the former Turner Field’s parking lots. It’s the block just west of the Ramada Hotel, and is now part paved, part grassy and all empty.

It’ll also be the court for GSU basketball games, though the Sports Arena will continue as the home (offices, training and practice) for basketball.

“Currently we don’t have on campus a large indoor assembly area, so this facility … proposed at about an 8,000-seat capacity … would provide much sorely needed gathering space,” he said.

But, the bond needs legislative approval first before anybody starts putting pencil to paper. State budget hearings are underway and will finish by the end of March.

Asked if it will have a parking deck, Vakamudi said they’re not contemplating any parking deck, though there may be some space on the site that might permit some surface parking.

And anyway, the building’s patrons will have access to plenty of parking in the huge existing parking lot on the next block south.