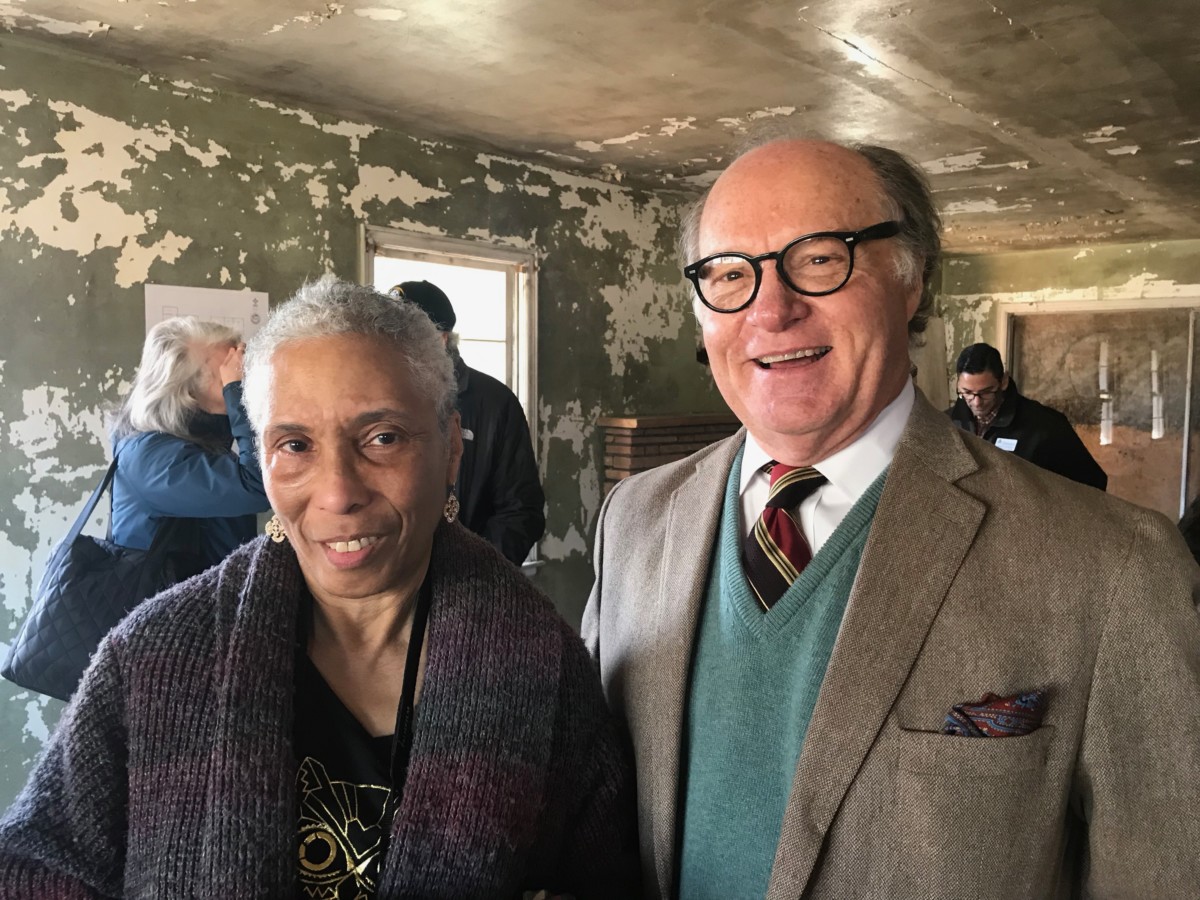 A model partnership for preservation, sustainability and permanent affordability held a kickoff ceremony Wednesday along the Atlanta BeltLine Westside Trail.

The project includes the rehabilitation of two historic properties and the possible development of a new home along the Westside BeltLine.

The Georgia Trust for Historic Preservation purchased the three properties from the family of Edward Johnson, including the home with the empty lot next to the BeltLine and Washington Park. The other house is near Mozley Park, and both houses are listed in the National Register of Historic Places. 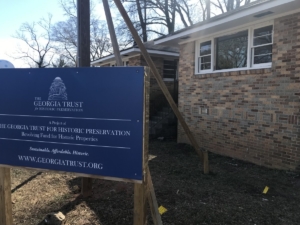 The Trust is partnering with the Atlanta Land Trust, which will own the land underneath the homes as a way to provide permanent affordability.

The houses will be rehabilitated following the EarthCraft Sustainable Preservation program, which provides a set of construction standards and guidelines created by the Georgia Trust and Southface to make the homes more energy efficient.

After the renovation is completed, the two houses will be sold to low-to-moderate income families. Preservation easements will be placed on the homes to protect them from demolition or “insensitive” alterations in the future. 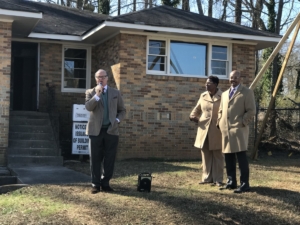 Funding for the project is being provided by the 1772 Foundation, the Thalia and Michael C. Carlos Foundation and the Georgia Power Foundation. The Transformation Alliance also will be a partner in project.

Christopher Norman, chair of the Atlanta Land Trust, said the project represented an opportunity to demonstrate how permanent affordability can be included in new developments.

“Our hope is that this relationship will lead to many more,” Norman said. “It can be an example for Atlanta on how to build strategic partnerships.

Terri Lee, the city of Atlanta’s chief housing officer, said she hopes this is an opportunity that can be repeated over and over again throughout the city.

The first house at 1138 Harwell St. was built in 1953 for Edward Johnson. The renovation should be completed within the next three to five months.

The second house at 1575 Mozley Place is a 1920s bungalow. It will take longer to complete because there will be addition to add a third bedroom and a second bathroom. 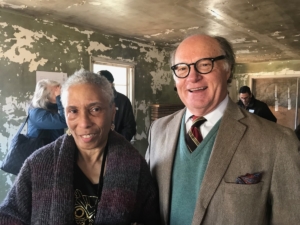 “Purchasing the property at a reasonable price from the Johnson family was key,” McDonald said. “That is the pressure point for all these neighborhoods. A lot of people are buying houses and sitting on them, waiting for prices to double.”

Julie Johnson, the daughter of Edward Johnson, lived in the house on Harwell Street from 1953 to 1973, when she got married.

Her parents lived in the house until 2002, when Julie Johnson’s mother died.

“I just had been paralyzed for years about doing anything,” she said. “When Mark contacted me, he told me his idea.” She liked the fact that the houses would be preserved and become stronger assets in the community.

“We hope to lay down a template for other organizations,” McDonald said.

“We are getting to a place where we can get permanent affordability to scale,” said Brawner, who houses the Land Trust within the Partnership’s offices along the Eastside Trail of the BeltLine. 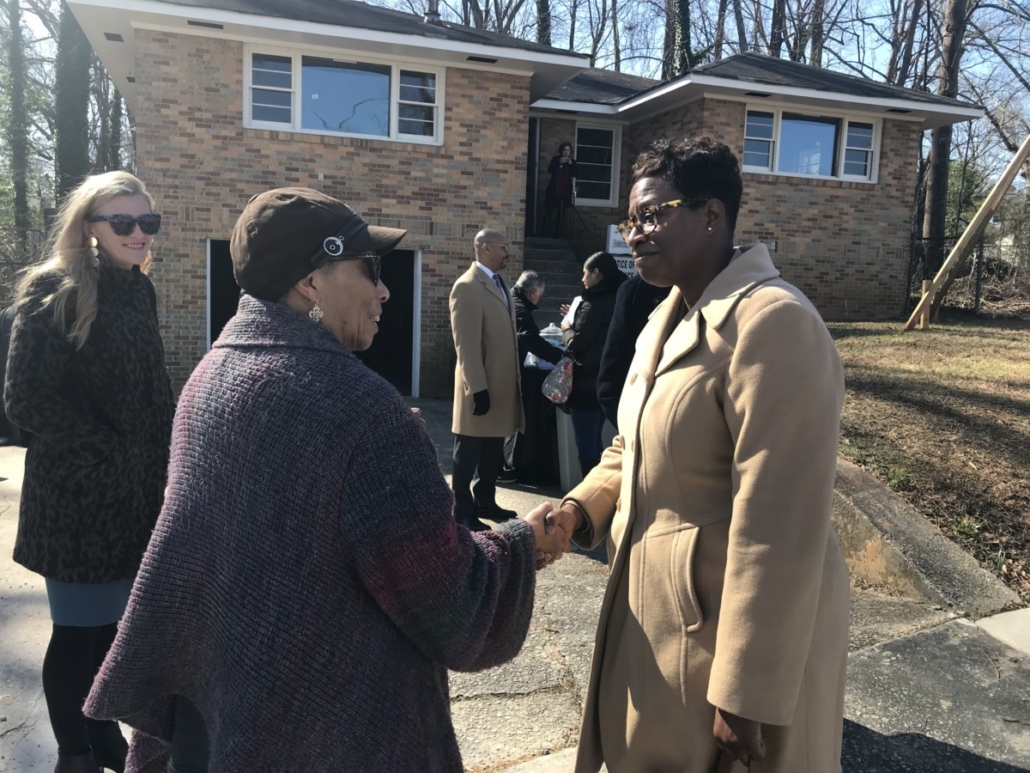