Georgia's WIN List has backed a slate of 40 candidates, including these 20 candidates, who ran for the Legislature in 2018 and are returning to try again in 2020. File/Credit: Erik Voss

As Georgia legislators grapple with how to divide a smaller budget among a variety of state services, the growing percentage of women legislators has shifted both how discussions of issues take place under Georgia’s Gold Dome and which issues are discussed. 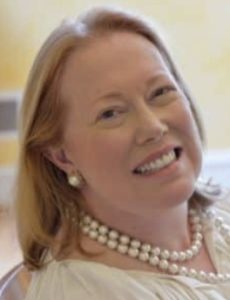 For example, Georgia has languished at the bottom of rankings for its high rate of maternal mortality for years. However, during the past 12 months, the issue was the center of a set of hearings conducted statewide. Women legislators have become forceful and persuasive advocates for the preservation of the state’s social services safety net.

A shift in the number of women who serve in the General Assembly changes how policy is discussed at the Capitol according to state Rep. Mary Margaret Oliver (D-Decatur), a leader on the state political scene since she was first elected to the House in 1987. “Having a larger number of highly educated and policy driven women makes a tremendous difference in how we discuss progressive and real world policies,” she said.

Oliver, an attorney who is the only person in state history to have served as chair of both the House and Senate judiciary committees, noted the 2018 class of newly elected women includes a dramatically younger group with graduate degrees across a wide variety of disciplines. “They bring a fresh and dynamic work ethic to the chamber,” Oliver said. “These women are accustomed to producing results in their professional lives and they are focused on producing results in the political world.”

Today’s General Assembly is in sharp contrast to 1977, when Cathey Steinberg began the first of six terms she would serve in the Georgia House, winning election against a Republican incumbent on the Jimmy Carter presidential coat-tails. 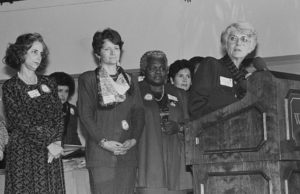 Cathey Steinberg (left), who served in the Georgia House and Senate, ran for Congress in 1992 and appeared at a 1991 event for female congressional candidates that was headlined by Geraldine Ferraro (at podium), who was Walter Mondale’s running mate in 1984 and the first female vice presidential candidate to represent a major party. Credit: Laura Patterson via Library of Congress

In 1977, the state ranked 40th in the nation for its percentage of women legislators, with only one woman among 55 men in the Senate and 10 women in the 180 member House – a total of 4.7 percent. Legendary House Speaker Tom Murphy (D-Bremen), was then in his fourth year of a 29-year tenure which would make him the longest serving Speaker in any United States legislature.

As the first ever Jewish woman in the General Assembly, and speaking with a heavy “Yankee” accent, Steinberg became an early “persister” on women’s issues. While her efforts to pass the ERA failed, she successfully pushed bills that abolished the corroboration requirement for a rape conviction and, one Valentine’s Day, even won House passage and Murphy’s vote for a bill that extended family violence protections to women who shared a household with men to whom they were not married. These were great advances for the time and the issues women sponsor now build upon those earlier victories.

Currently, Georgia ranks 23rd in the nation for the percentage of women in our general Assembly, ahead of all other southern states. There are 15 women in the 56-member Senate and 57 women in the 180-member House, according to figures from the Center for American Women in Politics at Rutgers University. With 30.5 percent women, Georgia is ahead of the Congressional average and the national state legislative average. Democratic women outnumber their Republican colleagues in Georgia by a ratio of 3.2:1.

These percentage shifts are in part due to two decades of work by Georgia WIN List, the state’s leading political action committee for electing pro-choice Democratic women. The group, which began with meetings in my living room 20 summers ago and which I currently serve as executive director, has worked hard to “Change the Face of Power in Georgia.”

During the celebration of our 20th anniversary, on Thursday at The Commerce Club, we will celebrate new candidates endorsed for the current election cycle – our “20 for 2020.” The event is open to the public. More information and tickets are available on a page of our website.

The group of 20 endorsed women includes seven incumbent women whose seats are at the top of Democratic “protect” lists; five women who ran in 2018, came close to winning and “nevertheless persist” in 2020; and eight women who are first-time candidates for the seats they seek. Additional women will be considered for WIN List endorsement after qualifying closes the first week of March. Based on early declaration of intent filings, it appears the number of women seeking office in Georgia this year will shatter the records set in 2018. 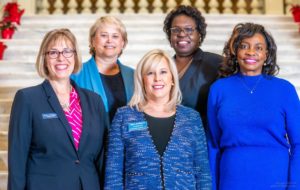 Georgia’s WIN List has endorsed these candidates, who ran for the Legislature in 2018 and are returning to try again in 2020. Credit: Erik Voss

Based on newly registered voter demographics and the fact Georgia has truly become a battleground state in national eyes, the WIN List leadership team believes 2020 is the year women candidates will lead the way for Democrats to finish the job of turning Georgia blue, especially in the Georgia House. And, the terrifically talented 20 women WIN List has already endorsed will lead the way. In 2018, WIN List endorsed women flipped 10 of the 15 seats that shifted from Democratic to Republican control.

Collectively, these newly endorsed women are far younger than the average age of the women currently serving in the General Assembly. They are also highly educated, with six attorneys, one physician, two women with doctorate degrees in microbiology and epidemiology, an Episcopal priest whose ministry focuses on Atlanta’s homeless population, and at least six women with multiple advanced degrees amongst the group.

Additionally, the group is also distinctive for the number of young children who call them mom. Collectively, the women have 34 children, with 12 of those children younger than 8 years; two of this young dozen are less than a year old, and another two are 2-year-old twins. These mothers of young children will put real life experience in the rooms where policies around maternal mortality, childcare credits, family leave policies and education issues are discussed.

If another record breaking class of women legislators is elected in 2020, voters can expect even greater shifts in policy priorities under Georgia’s Gold Dome in the years to come as women take their places in the “rooms where it happens,” and around the tables where public policy decisions are made and budget compromises crafted. 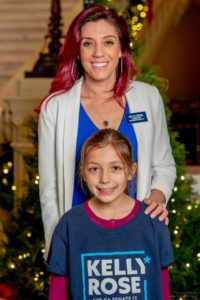 Kelly Rose seeks to represent the McDonough area in the state Senate. Daughter Sofia, age 9, helps with the campaign by wearing a T shirt emblazoned with her mom’s name. Credit: Erik Voss

Candidates returning from the 2018 campaign in an effort to flip Republican seats:

The women who sought office in 2018 and “nevertheless persisted” to return for a re-match hoping to FLIP seats currently held by Republicans include the following:

Former Rep. Stacey Evans, is running in a district new to her, following her family’s relocation. Seven other candidates seeking office for the first time: