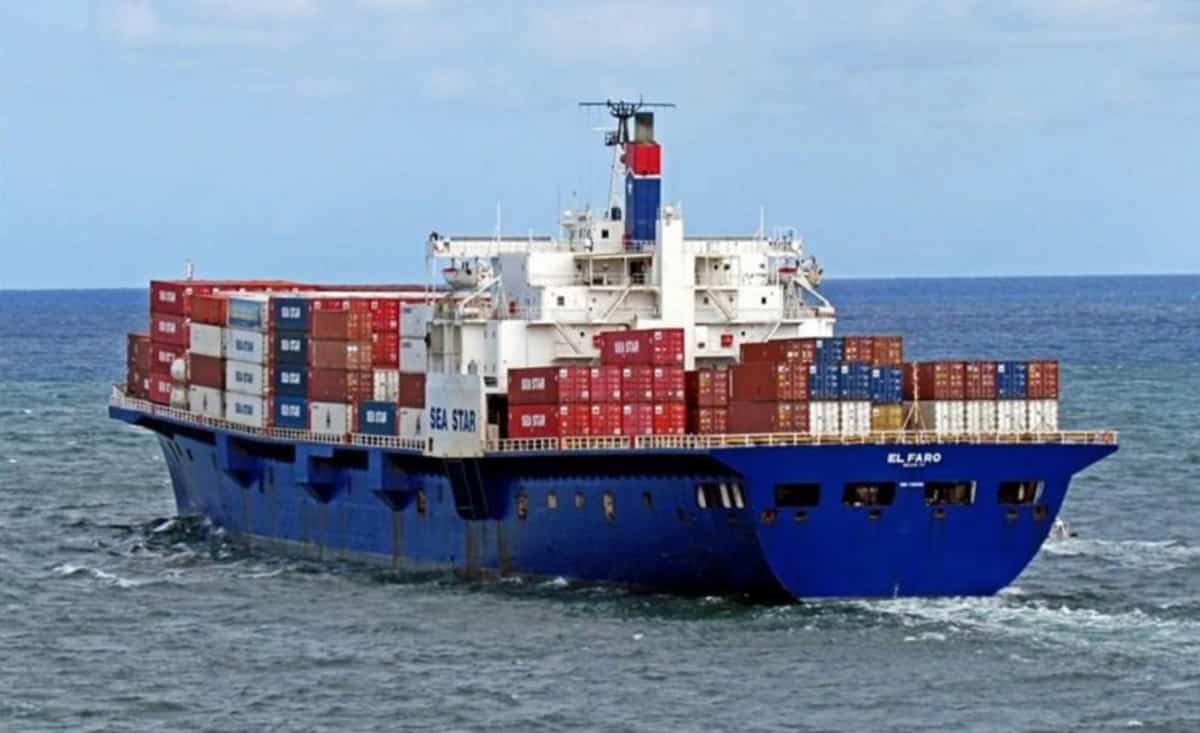 The SS El Faro departed Jacksonville, Fla. on Sept. 29, 2015 with a load of trailers and vehicles and was lost with all 33 hands during Hurricane Joaquin. The cargo is the similar to that handled at Georgia's port in Brunswick. Credit: pressherald.com
Share3
Tweet
Share
Pin
Pocket
WhatsApp
Buffer4
Email
Reddit
7 Shares

It’s easy to forget the impact on seaports and merchant mariners when the most compelling storm images are of thousands of families fleeing their homes under a mandatory evacuation order as Hurricane Matthew bears down on the Georgia coast. 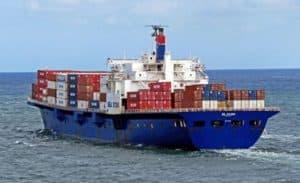 The SS El Faro departed Jacksonville, Fla. on Sept. 29, 2015 with a load of trailers and vehicles and was lost with all 33 hands during Hurricane Joaquin. The cargo is the similar to that handled at Georgia’s port in Brunswick. Credit: pressherald.com

That’s the case today along the Georgia coastline. Gov. Nathan Deal issued today a mandatory evacuation order for areas east of I-95 in all six coastal counties – Bryan, Chatham, Liberty, McIntosh, Glynn and Camden counties. More than 500,000 full-time residents are affected, according to population estimates by the Census.

Meanwhile, many in the maritime shipping industry no doubt are recalling the sinking of the U.S.-flagged cargo ship El Faro during a storm on Oct. 1, 2015.

The El Faro was the same type of vessel that frequents the Brunswick port, one that rolls cargo on and off. The vessel sank with all 33 hands aboard, 28 U.S. sailors and five Polish sailors. No survivors were located.

The vessel pulled out of Jacksonville, Fla. on Sept. 29, 2015 and was headed to San Juan, Puerto Rico with a load of about 294 trailers and vehicles. Her captain was prepared to face a tropical storm and felt ship and crew were capable of making the trip. The vessel’s owner later said the captain had the final say in the decision to venture into a storm that later escalated into Hurricane Juaquin.

For some reason, the vessel began listing to her left side and eventually was lost. Her wreckage was eventually found in about 15,000 feet of water.

In preparation for Hurricane Matthew, the U.S Coast Guard has maintained a Hurricane Condition X-Ray warning for the ports of Savannah and Brunswick, a communications officer in Brunswick said Thursday morning. That could change as conditions warrant, he said. 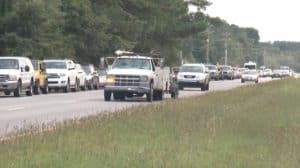 Thousands of residents of low-lying coastal communites in Georgia, Florida and South Carolina are evacuating under imminent threat from Hurricane Matthew. Credit: today.com

The X-Ray status is safer than the Zulu Condition the Coast Guard has issued and used to close neighboring ports in Jacksonville and Cape Canaveral. The status is a notch the same as the X-Ray Condition issued for the port of Charleston, S.C.

For Georgia, this watch condition means that port facilities are open to all commercial traffic.

The Coast Guard reminds ship captains that commercial vessels and ocean-going barges greater than 500 gross tons should be making plans to leave port before conditions worsen.

Terminals in the port of Brunswick are already closed and are to remain so until at least Monday, Oct. 10, according to a statement from the Georgia Ports Authority. Conditions at Savannah are being monitored.