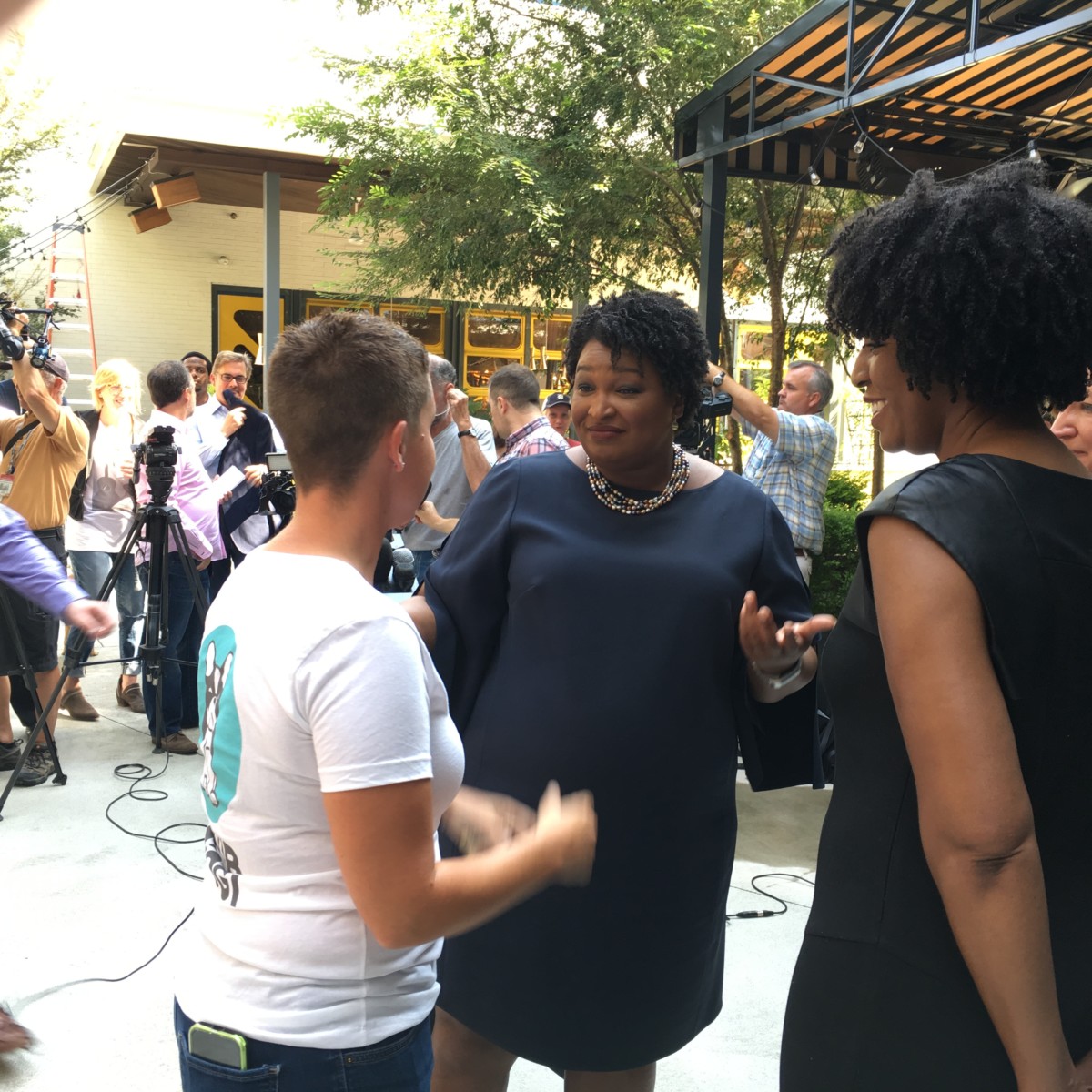 On Nov. 4, 2008, in downtown Atlanta, I experienced one of the greatest moments of my life – the election of Barack Obama. Watching Obama’s victory in a friend’s apartment with a dozen others, there was a sense of collective joy that I had never felt in my life. People were celebrating in the streets as if we had won the Super Bowl. For many Black people like me, Obama’s election showed that America had finally lived up to its promise. 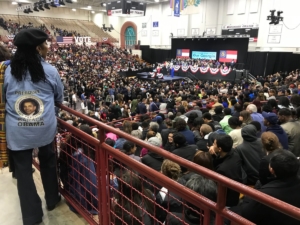 But on Nov. 6, 2018, sitting in a quaint downtown Decatur restaurant for a friend’s birthday and watching the constantly updating voter tallies being projected by the large, TV projector, I felt a sense of dread and disappointment. As the national results kept getting updated on CNN, what was meant to be a celebration felt like Jim Crow’s ghost was slowly creeping up throughout the night.

Earlier that day, I had gone to vote at my local polling station with my 19-year-old God-brother, who was voting for the first time. We arrived before the polls opened at 7 a.m., waiting an hour to get to as close to the front of the line as possible but there were a maybe a hundred people ahead of us. While waiting in the constantly sprawling line there was a sense of optimism among the people, including some who had never voted before. It felt like Obama 2.0. I saw disabled and elderly people as well as many parents bringing kids of all ages to stand in line like it was a presidential election.

It had been a while since I had seen such civic beauty.

But as it came time for my God-brother to vote, there was a holdup. The poll worker wouldn’t give him his voter key card to insert in the machine. His name was misspelled in the system, it wasn’t his fault and I’ve seen this game before. He had all of his proper paperwork and did receive his voter registration card prior to the election. Because I had already voted, I asked what was going on. Despite being asked to leave by security, we weren’t leaving.

My God-brother waited in the front of the line, sternly not moving until he got his voter key card. He eventually got it, but I wondered whether other people across the state were having similar issues.

Throughout the day, I read posts online about extremely long wait times. A friend of mine voted in a precinct with only three voting machines. And others had to leave to go to work due to a wait of more than two hours.

I was nervous about voting in this year’s midterm and gubernatorial election. Entering this year’s election, there was a sense of dread in the Black community, a feeling that was barely discussed online or in the news media from what I could see.

Stacey Abrams, the Democratic gubernatorial nominee, is trying to do something that hasn’t yet happened in the United States – becoming our nation’s first Black female governor. Her opponent Brian Kemp, the Republican gubernatorial nominee who was also Georgia’s Secretary of State and until this past Thursday, had overseen his own election… one that was rife with controversy from the onset

It really sank in while I was watching the giant projector of the CNN Watch night. The initial return – only 1 percent reporting – show a 72 percent lead for Kemp compared to 27 percent for Abrams. A sinking feeling began to take over.

For years, there have been allegations of Kemp suppressing the vote – deleting people from voter rolls, closing 214 polling locations across the state in mostly Black districts and withholding 53,000 new voter registration forms during this election cycle. Even as I write this column, I still have friends who have not been able to verify that their absentee ballots were even counted and this is not an isolated incident, as more people are now finding that their ballots haven’t been accepted for a myriad of reasons. Not to mention his controversial television campaign ads and campaign endorsement by Donald Trump.

Kemp represents ‘good ole boys’ system of governance. The efforts to suppress the vote are reminiscent of the segregated days in the south.

It’s not just Kemp, but all the people who voted for him. A majority of white men and women voted silently for him. They are neighbors, bosses, law enforcement, firemen, judges, maintenance workers, and teachers – people I interact with on a daily basis.

What angers me the most is reading posts online from people who don’t believe voter suppression is real or prevalent.

Georgia is Purple but Blue is the hue longterm

In 2017, Karen Handel faced Jon Ossoff in a special election for Tom Price’s 6th Congressional district – the most expensive congressional race ever in the United States. In 2018, Handel lost that seat to Democratic challenger Lucy McBath, a gun rights activist whose son, Jordan Davis, was killed outside of a convenience store. This race took place in the former Republican stronghold that brought Newt Gingrich to national prominence and was considered to be staunchly red even as last year.

Over the past couple of years, there’s been a narrative of a rural-urban divide.  Rural areas are depicted as the white, working class versus urban areas with non-white, liberals. That is not exactly the case and misrepresents our state.

In the 2018, midterms in Georgia, both Abrams, and Kemp each had more votes than the entire populations of 13 states. Combined more people voted for Georgia’s next governor than 22 US states.

It’s not about Georgia being a red, blue or purple state. It is whether Georgia will be a truly progressive state or a regressive one. I’m not buying the rural/white working class narrative because it smacks of old fashion racism.

While the Abrams campaign did win the metro Atlanta, she also won several south Georgia counties. Abrams’ performance was so good that it dispels the notion that Black candidates are not viable statewide. Additionally, as Georgia, specifically metro Atlanta grows younger, more diverse and more Democrat-leaning, I’m looking forward to a true balance of power in the state. I’m looking forward to seeing what better ideas can come from non-Republican white males and what opportunities for true equity can happen. 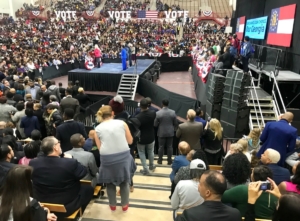 But the real question is where Georgia Democrats will go from here if Abrams ends up losing the Governor’s race? Will those voters actually turn up again for elections in 2020 and 2022?

As Georgia moves away from a Republican majority, expect more voter suppression and restrictions. Additionally, I’d expect a rise in more divisive ads, positive Republican media stories, more vocal Republican leaders in support of things like transit, The ATL and more online misinformation campaigns ahead of the presidential election in 2020.

I’d look at these to be done to drive up more districts that voted for Kemp and especially in the 6th and 7th districts here in metro Atlanta. At the same time, I see more strategic partnerships between Asians, evangelical Christians, and Latinos.

Many were shell-shocked in 2016. Not me. But going forward, I vow to fight every regressive move to take Georgia back to the days of Jim Crow. I will be proactive in every civic way possible.

Previous Article
$95,000 tickets for Michelle Obama in London; no ATL appearance planned
Next Article
The Future of Work, Technology and Education