The Atlanta BeltLine's Southwest Trail was built through neighborhoods where city officials in 2015 expected some parcels needed for the project lacked a clear title. Credit: David Pendered

In Georgia alone, an estimated $34-plus billion in property has no owner with a clear title. If the value were unlocked, this heirs property – most of it presumed to be in black hands – could help address the black-white divide in homeownership and issues related to poverty, according to an emerging body of research by the Federal Reserve Bank of Atlanta and others. 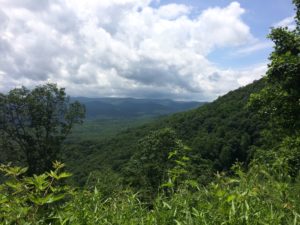 Some of the estimated $34-plus billion in heirs property in Georgia likely is covered with valuable timber that could be harvested more readily, and profit the owners, if the title were clear. Credit: David Pendered

Black millennials are the next generation to face the issue of managing their heirs property, notably rural farmland, according to an essay by Briar Blakley, who works with the East Point office of the Federation of Southern Cooperatives, a non-profit organization of black farmers and black landowners formed during the civil rights movement.

Blakley observes that managing rural property doesn’t require millennials to move to the country and abandon an urban lifestyle:

Heirs property is established when an owner dies without a will or document to be handled in probate. Heirs have rights to the property, but the title is not clear because the estate hasn’t been resolved. The situation is familiar along the Atlanta BeltLine in Southwest Atlanta, where the Atlanta City Council authorized condemnation of land if no clear title could be located.

The unlocking of equity in heirs property could enable more blacks to buy homes, if that’s their goal. Blacks have the lowest homeownership rates of any group in the nation, according to an Oct. 29 report by the Census.

Some black potential homebuyers find themselves barred from the market by a lack of a down payment, and filling this gap in the housing finance system is a major policy objective among housing advocates, Allana McCargo, vice president of housing policy at the Urban Institute, said at an Aug. 28 forum on the wealth divide sponsored at the Carter Center by Atlanta Neighborhood Development Partnership, Inc. 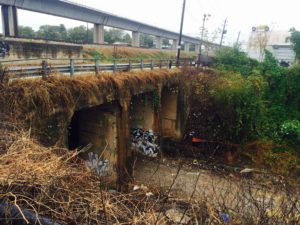 The Atlanta BeltLine’s Southwest Trail was built through neighborhoods where city officials in 2015 expected some parcels needed for the project lacked a clear title. Credit: David Pendered

Blakley’s views in her essay, and a swirl of budding homebuyer policies, are new threads in a decades-old conversation over heirs property. The discussion is gaining momentum.

The Atlanta Fed noted that the topic is beginning to gain media attention in some national publications, including a cover story in the September edition of The Atlantic, titled, The Great Land Robbery: The shameful story of how 1 million black families have been ripped from their farms

This week in Atlanta, the Federation of Southern Cooperatives is to host three-day seminar, Dec. 4 through Dec. 6, to help heirs get a handle on their property.

The federation’s practicum follows a groundbreaking, research-oriented meeting the Atlanta Fed hosted in 2017 to convene a wide array of researchers whose work continues.

The estimate of more than $34 billion in heirs property in Georgia is an example of this ongoing work. Released in September, the report, Heirs’ Property and Land Fractionation: Fostering Stable Ownership to Prevent Land Loss and Abandonment, was edited by subject-matter experts from the USDA Forest Service in Athens; the Atlanta Fed; Black Belt Justice Center, in Washington; and the Center for Community Progress, in Atlanta.

The estimate was extrapolated from findings in a 2017 study of 10 rural Georgia counties by the Forest Service, of the U.S. Department of Agriculture, and the Carl Vinson Institute of Government, at the University of Georgia, according to the report. 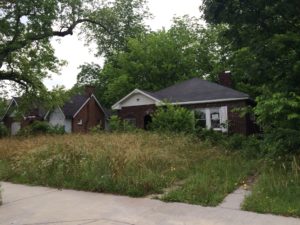 Any residential restoration project begins with assuring the owner has a clear title to the property, as was the case in 2016 with these homes in Southwest Atlanta. Credit: David Pendered

The report contains a first-person account of a few problems associated with being a part owner of heirs property. The author is Skipper G. StipeMaas, executive director of the Athens-based Georgia Heirs Property Law Center, Inc. He wrote: