More than 200 guns purchased illegally in Georgia were sold in Barbados, New York City, New Jersey and multiple other states, where some were used in shootings, according to string of federal indictments dating to Aug. 4. 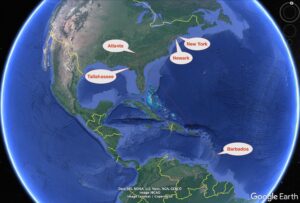 Federal authorities say more than 200 guns purchased in Georgia were sold illegally in destinations including New York, Newark, Tallahassee and the island of Barbados. (Map by Google Earth, David Pendered)

In a high profile case, suspects charged by New York’s prosecutor are associated with the Brooklyn-based “Blixky Gang,” whose member Nick Blixky was shot and killed last year. Members of the Blixky crew are allegedly associated with at least 87 guns and are described by authorities as:

Clayton County’s Sheriff’s Office was cited in the statement for its role in the investigation, as were agencies in Georgia, Massachusetts, Pennsylvania, South Carolina and Virginia,

In an era of rising rates of crime, authorities made a point to connect weapons that were purchased and sold illegally with crime: 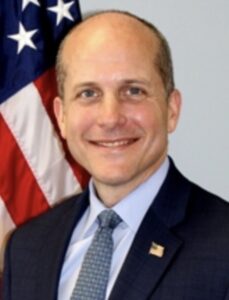 Georgia has a history of delivering weapons into the “gun pipeline” that supplies guns to buyers in states with stricter controls over gun purchases. The five announcements of guilty pleas or indictments indicate the flow of weapons continues.

Federal prosecutors in Atlanta and New York announced the indictments separately. In each case, the guns were purchased from federally licensed gun dealers. Straw buyers lied about purchasing the weapons for personal use and, instead, sold them in other jurisdictions.

This is a snapshot of the destinations and purchases, as described by federal authorities: 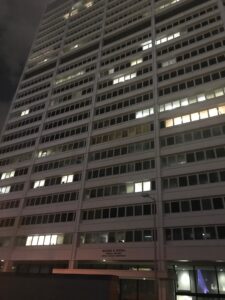 The Richard B. Russell Federal Building and U.S. Courthouse, in Downtown Atlanta. (Photo by David Pendered)