Metro Atlanta is in the Top 10 regions in the nation in the number of hotels that are delinquent in paying their mortgages, a new report shows. The massive layoffs in the hotel sector at the start of the pandemic evidently did not prevent the financial stress. 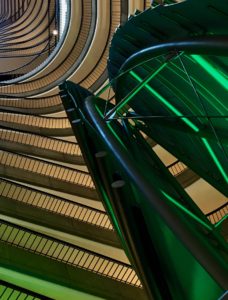 Nearly 1,700 hotel workers were to be laid off on just one day, March 14, according to data submitted by the hotels and reported by the Georgia Department of Labor.

The ax is to continue to fall through, at least, Sept. 30. That’s the date Wyndham Atlanta Galleria has reported it intends to lay off an estimated 50 workers.

The figures are as of July 20, the most recent available, according to Trepp’s report. The hotel sector has been the most heavily hit since the start of the COVID-19 pandemic, according to the report.

Four organizations of hotel operators cited the report as part of their campaign to urge Congress to provide relief funds from an expected future round of federal funding related to COVID-19. The groups are lobbying for passage of version of the bill drafted by the U.S. House of Representatives – the HOPE Act.

Nearly 4,000 industry leaders signed a letter sent to Congress on Aug. 22, including dozens of hotel operators in metro Atlanta and Jim Sprouse, executive director of the Georgia Hotel and Lodging Assoc. 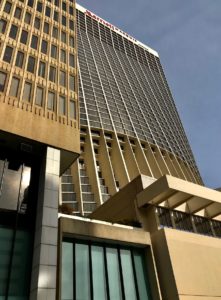 The Atlanta Marriott Marquis was among the first hotels in metro Atlanta to announce layoffs at the start of the pandemic. Credit: Kelly Jordan

The HOPE Act would help commercial property owners by providing them with temporary liquidity in exchange for a preferred equity interest in the property, according to Chip Rogers, the former Georgia legislator who now serves as president/CEO of the AHLA. No new federal funding is needed, as the program would be backed by proceeds of the existing CARES Act, Rogers said in a statement.

Hotel staffs already have been hard hit, according to data submitted to the Georgia Department of Labor.

Andy Ingraham, president/CEO of the National Association of Black Hotel Owners, Operators, and Developers (NABHOOD), cited the desire to protect jobs in his call for passage of the HOPE Act: