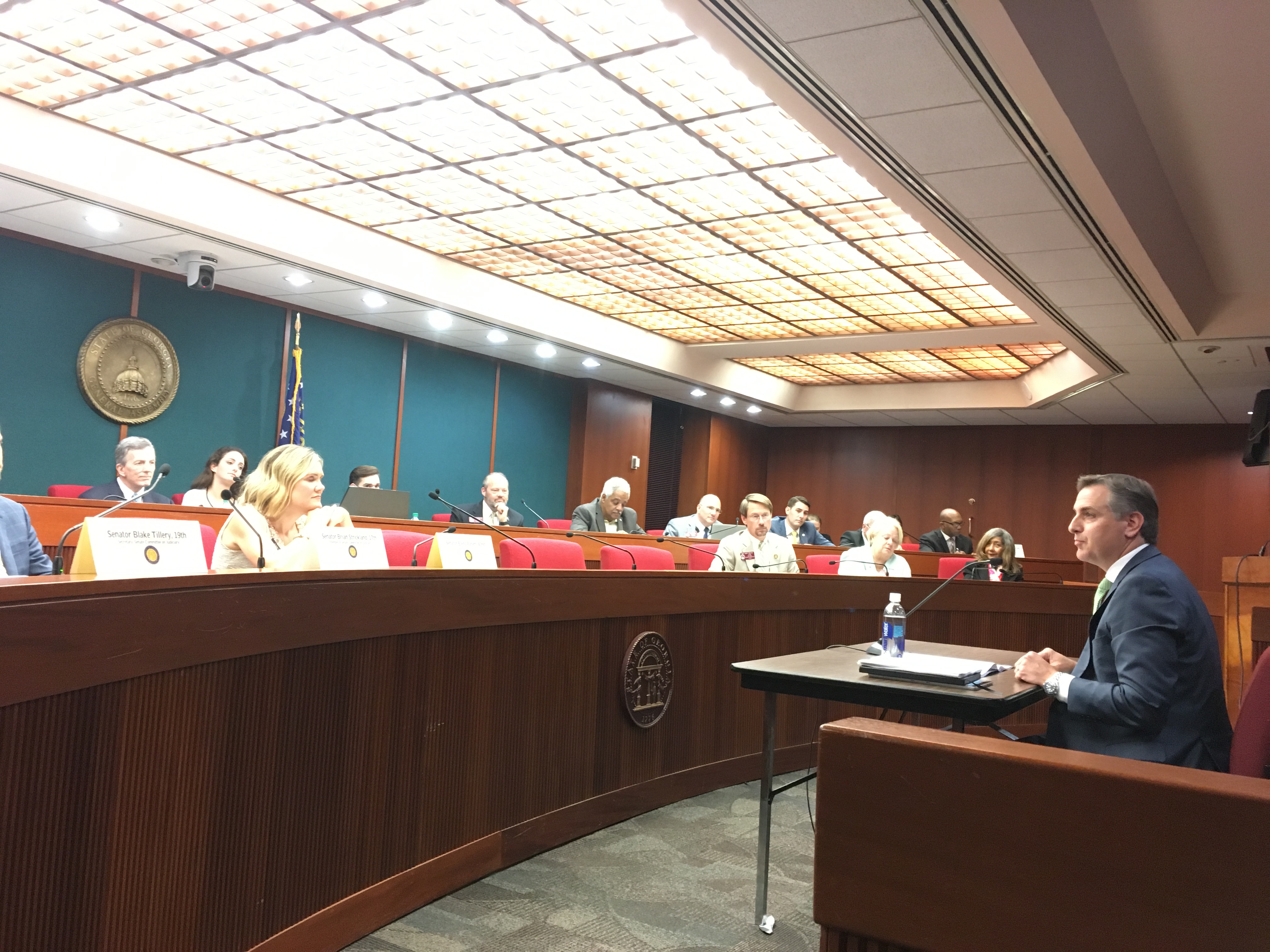 Walt Davis in front of the Georgia state House and Senate judiciary committees for his Business Court confirmation hearing at the state Capitol on Wednesday. Credit: Maggie Lee

About a year before Georgia State-wide Business Court starts accepting cases, members of the state House and Senate have confirmed Walter Davis as its first judge.

Davis is a partner at Jones Day who focuses his practice on securities litigation, shareholder disputes, and corporate governance matters. Davis is also president of the board of directors of the Atlanta Volunteer Lawyers Foundation.

“My sole imperative is to make this court relevant and respected for people like me, who practice law in this state and my clients who do business in the state,” said Davis, at his confirmation hearing at the state Capitol on Wednesday.

The court will hear complex commercial disputes (as defined in legislation here.) And supporters see it as a good point for Georgia’s business resume. 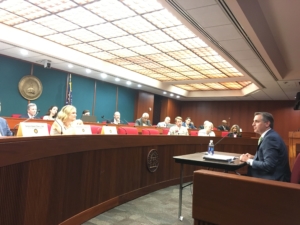 Walt Davis in front of the Georgia state House and Senate judiciary committees for his Business Court confirmation hearing at the state Capitol on Wednesday. Credit: Maggie Lee

“We are all proud that Georgia has been the No. 1 state to do business, [named] by many publications’ rankings for a number of years now,” said state House Judiciary Committee Chairman Barry Fleming, R-Harlem, opening the hearing.

“In my mind the purpose for this State-wide Business Court was to  continue to foster that relationship, to make Georgia a place where employers wanted to come and bring jobs for Georgians,” Fleming said. “And in this case we want to provide for them the ability to resolve disputes here.”

Business groups argued for such a new court, in part on a ranking that put Georgia near the bottom of all states for senior business leaders’ opinion of “lawsuit climate.”

The Georgia General Assembly approved the idea of the business court in 2018 with mainly Republican support; and voters ratified it the same year. Opposition came mainly from those who objected to an appointed — rather than an elected — judgeship.

At least half the states already have some kind of business court.

And Georgia has a statewide Tax Tribunal which hears small and large disputes involving the Georgia Department of Revenue.

After not quite two hours of hearings, the state House and state Senate judiciary committees each voted to accept Davis’ nomination by Gov. Brian Kemp.

Kemp made the nomination last month. In a statement made via press release at that time, Kemp touched on the business climate angle and one of own campaign themes:  “By allowing companies to resolve their differences quickly and judiciously through the business court, businesses can get back to doing what they do best: creating jobs and opportunity for hardworking Georgians.”

Georgia’s Business Court will technically open in January next year and start taking cases in August, 2020.