Georgia’s new governor pitches budget: here’s a look at what is — and isn’t — in it 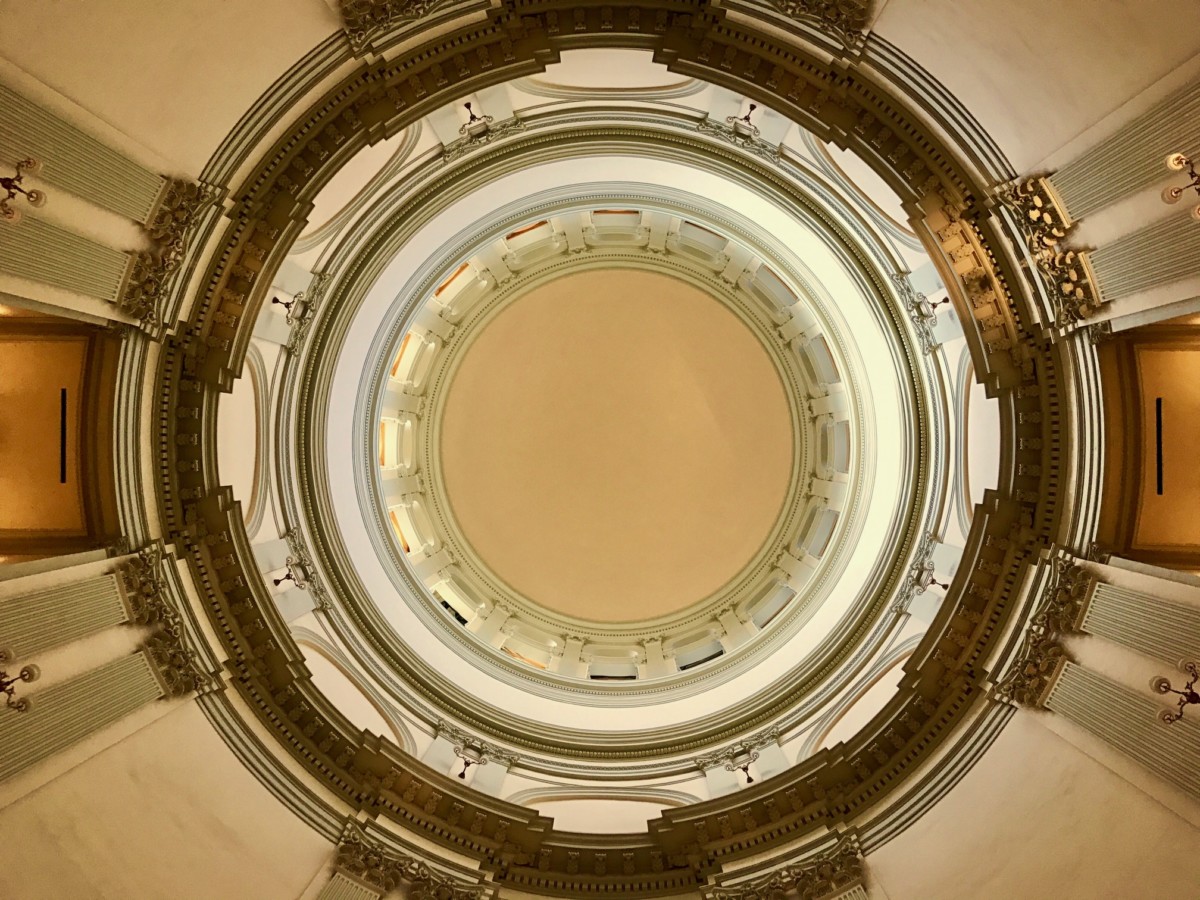 The Georgia state Capitol's Gold Dome, viewed from the inside. Credit: Kelly Jordan

Georgia will have about $27.5 billion to spend in the year that begins in July. The new governor is making proposed teacher raises a centerpiece. Democrats are pressing to spend on a Medicaid expansion.

Gov. Brian Kemp drafted his first budget in good enough economic times that FY 2020 spending will bigger than this year’s spending by about $611 million. (Georgia’s budget follows what the state receives in sales and income taxes and some other revenue; and thus follows the health of the economy broadly.)

And in good times, Capitol thoughts tend to turn to things like employee raises, tax cuts, building up the rainy day fund, more health care spending or other things. 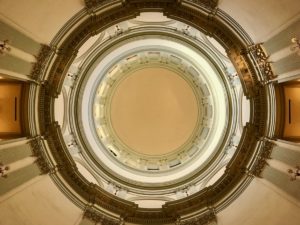 The Georgia state Capitol’s Gold Dome, viewed from the inside. Credit: Kelly Jordan

Georgia’s certified teachers would get a $3,000 raise under Kemp’s budget proposal. He called it a “down payment” on a campaign trail promise of $5,000. All state employees would be eligible for a 2 percent merit increase — so that would cover other state-funded folks who work in schools but who aren’t teachers.

All those raises combined, teachers and state employees, would come to $600 million.

The point of the teacher raise is to stop folks fleeing the profession. Kemp said that about 44 percent of new Georgia teachers leave within five years, a figure published in 2016, after a Georgia Department of Education survey of teachers.

Kemp is also talking up his $8.4 million in proposed new spending for mental health care in high schools. And in the remaining few months of this fiscal year, he’s suggesting $30,000 in spending on each school in Georgia for security.

Democrats agree that teachers must be adequately compensated and therefore deserve a raise, said state Sen. Harold Jones II, D-Augusta, in a speech earlier this month counterpointing Kemp’s State of the State speech.

But Jones also pointed out that the Republican-led state had, until last year, long underfunded its own school funding formula. Jones said Democrats are endorsing what he called a “community school plan” that would include services needed by children outside of the classroom like meals, after-school programs and health care.

Jones opened his speech, however, not with education but with health care. For several years, Democrats’ top priority has been Medicaid expansion, which the party proposes as the answer to Georgia’s above-average population who have no health insurance. This health insurance for low-income folks is part paid for by states, but mostly by the federal government.

About 13.4 percent of Georgians went through all of 2017 without any health insurance, Georgia Health News has reported. That’s about 1.4 million people.

“As a state, we have tried to fix this problem,” said Jones. “We have used tax credits and incentives to spur investment as a way to cover health care costs. Yet people still remain uninsured and hospitals remain closed.”

It would cost about something like $273 million to $340 million per year to expand Medicaid to something around half a million or 600,000 Georgians, according to the state’s nonpartisan analysis of a bill proposed by Democrats.

That idea hasn’t gone far with Republicans. The previous governor, Nathan Deal, had said Medicaid expansion was too expensive for Georgia because it was unrealistic to expect that the federal government would continue to pay as much of the bill as it does.

Kemp’s budget hints at an interest in “waivers:” some kind of public health insurance program that doesn’t follow Medicaid exactly but does cover some uninsured population. He proposes $1 million to study what Georgia might do.

The state Legislature has already started budget hearings. The state House and Senate both are liable to make some adjustments, and perhaps add some bonds for capital projects during the process. They’ll come to some agreement and send a budget to Kemp by the time the session ends, at a day yet to be scheduled probably in late March.

There may be more spending-related fireworks, however.

There’s an indication that at least some lawmakers are looking at ways to cut teacher benefits. The state Senate Appropriations Committee asked state auditors to look at retirement benefits for state employees, including the program for teachers.

The report lays out several ways the state could cut benefits, and what each kind of change would net the state. For example, raising the minimum retirement age from 60 to 62 for educators with less than 30 years of service. Or basing a teacher’s pension payout on an average of the last five years’ salary, instead of the last two years.  Various scenarios cutting cost-of-living allowance increases would cut Georgia’s contribution to pensions by between $17 million and $700 million annually. Or, for new teachers, the state could implement a 401(k)-type system, instead of a pension.

And If any bill cutting benefits for teachers new or old appears, expect a battle.

Teachers will argue that pensions are a strong recruitment tool for a profession that has an obvious and widely acknowledged recruitment problem.