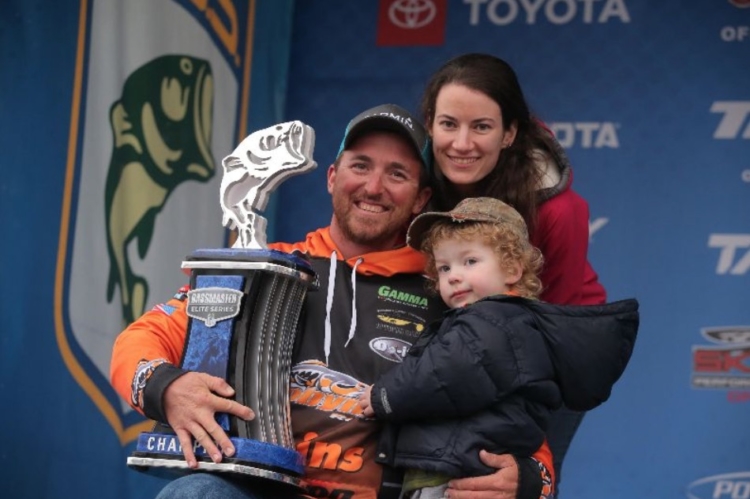 Most anglers won’t win a $100,000 purse in a fishing tournament, as a Connecticut man did at Lake Lanier in February, but youngsters can learn a bit about the sport at fishing camps scheduled this summer at the state’s Go Fish Education Center in Middle Georgia. 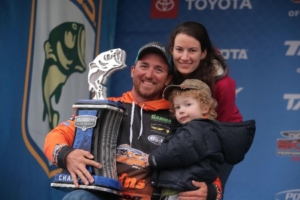 The three-day Go Fish seminars are scheduled in June and July at the center near Perry. Admission is $100 per youth, aged 7 years to 15 years.

The sessions are intended to show youngsters the basics of fishing, such as safety rips, casting instructions and cleaning fish that are caught. Topics include fish biology, habitats and conservation, according to a statement from the Georgia Department of Natural Resources.

The Go Fish Education Center offers activities for family members who don’t join in the fishing seminar. Amenities include a 200,000 gallon aquarium stocked with more than 50 species of fish and reptiles native to Georgia, according to a report on the center’s website. A theater shows an 8-minute movie about fishing and aquatic resources. A casting pond provides an opportunity to catch and release fish.

The purpose of the center, a state-owned facility promoted by then-Gov. Sonny Perdue, is to provide a virtual trip through the state’s watershed to highlight aquatic wildlife, their natural habitats and the impact of water pollution. And to enhance the state’s reputation as a destination for fishing enthusiasts.

These sessions are designed for children. The game is entirely different at the championship level.

The winnings, for example. The Millionaire’s Club of B.A.S.S. gained a new member at the Lake Lanier shoot-out. Texas fisherman Keith Combs finished third, to win a $20,000 payday that pushed his career earnings to $1,001,635.

And the gear, for example. The winner at the Toyota Bassmaster Elite at Lake Lanier was Paul Mueller, of Connecticut, and according to a statement from B.A.S.S his gear on the first day included: 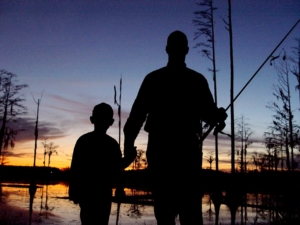 A father and son prepare to fish together in the early hours of dawn. Credit: GDNR

And the knowledge of the fish habitate, for example. Mueller said he found a hotspot along a, “large, underwater ridge with two shallower areas on top and very deep water on each side.” Mueller said: “Who would have thought you could win this tournament — a blueback herring tournament — off of one spot?”

That’s because, as the statement observed: “In fisheries where the nomadic herring are a main staple of bass diet, spotted bass are notorious for leaving their holding areas unexpectedly and en masse.”

Events such as the Elite Series, the one at Lake Lanier, typically have an economic impact of $2 million to $4 million, according to David Precht, a vice president with Birmingham-based B.A.S.S.

In addition, Precht noted the future economic impact on communities that host big events. They include coverage in the Bassmaster magazine, with a reported circulation of 510,000 and measured readership of 4.4 million. Then there’s the digital coverage on ESPN2, ESPN Classic, the Pursuit Channel, and bassmaster.com.

Note to readers: Three sessions of fishing day camps are scheduled: June 4-June 6; June 18-20; and July 16-18. Cost is $100 per child. For information visit this page at the Go Fish Education Center.