Gov. Nathan Deal has established a water czar to focus the state’s efforts on water supply and litigation. 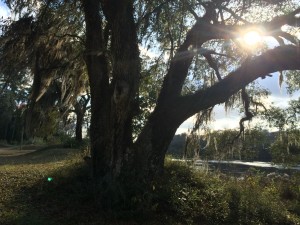 The Apalachicoloa River is the subject of a lawsuit Florida has filed against Georgia. Credit: David Pendered

Although water supply wasn’t much of an issue during the recent gubernatorial campaign, Deal established the position just a month after the election and on the eve of the 2015 legislative session – during which Deal may ask lawmakers to provide additional money for dams and other water projects.

Reservoirs are just one of several state water policies that continue to draw fire from environmentalists, most recently in the 2014 edition of the Georgia Water Coalition’s report, “Dirty Dozen.”

Judson Turner will head the governor’s new agency. It will consist of lawyers, specialists in state finance and budget, and specialists in water supply and water sustainability.

Turner will continue to serve as director of Georgia’s Environmental Protection Division. Before he was named EPD’s director in 2012, Turner served both Deal and former Gov. Sonny Perdue in negotiations over river basins Georgia shares with Florida and Alabama.

The new agency wasn’t formally identified in a statement the governor’s office released Dec. 11. It’s simply referred to as, “an office for interagency coordination and management of water resources.”

The statement emphasizes the agency’s role in the upcoming U.S. Supreme Court case filed by Florida over Georgia regarding the Apalachicola-Chattahoochee-Flint river basin.

The court has agreed to hear the case but has not set a date. The latest action noted on a Supreme Court website is Nov. 25, when the court agreed to delay a filing deadline until Feb. 2.

The statement also acknowledges the lawsuit filed in November in U.S. District Court in Atlanta by Georgia and several entities against the U.S. Army Corps of Engineers. This lawsuit seeks to compel the corps to designate a greater proportion of water in Lake Allatoona as drinking water. Georgia entities have been requesting more water from Lake Allatoona since 1981, according to the lawsuit.

The statement did not mention the coastal wetlands case that’s to be heard in January in the Georgia Supreme Court. Georgia’s EPD has refused to enforce an existing 25-foot buffer intended to protect coastal wetlands. A lower court has ordered the state to enforce the buffer and the state has appealed that ruling.

The fishing industry in Apalachicola Bay has reached the point that boats sink at the docks. Credit: David Pendered

The statement turns to the issue of water supply after the section about litigation. Turner is to oversee the collective efforts of the state and local governments to provide water and sewer. This is the entire segment: