Gov.-elect Kemp calls for Georgians to “work together” 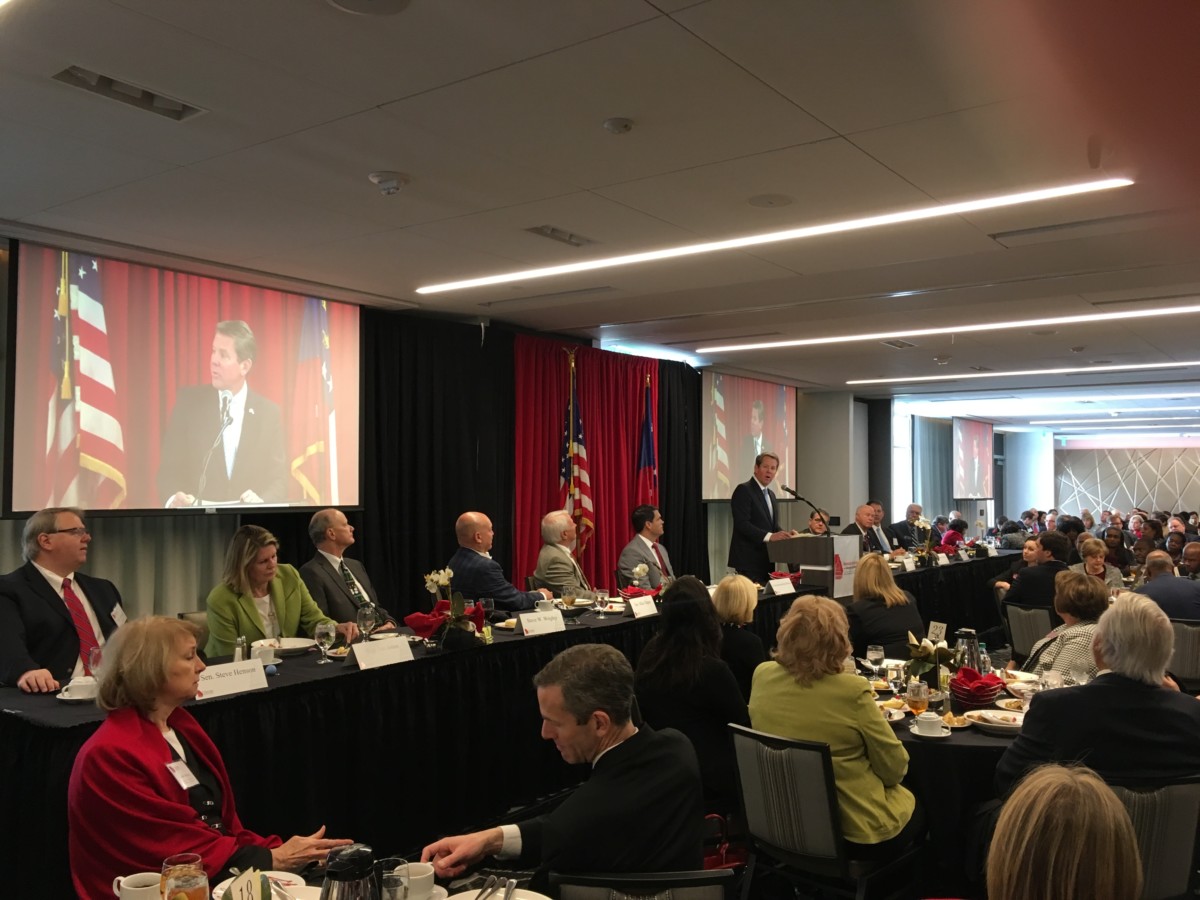 Republican Gov.-elect Brian Kemp said it’s time to “put politics behind us,” addressing a group of mainly lawmakers and lobbyists, in a bit of an opening speech ahead of his first legislative session as governor.

“In the years ahead, there will be times we will disagree, and that’s alright. But there will be many more times that we will agree and we will unite to do great things for our state,” Kemp said. “Because we all have different stories, we were raised in different places; but we all want what is best for the families that we serve.” 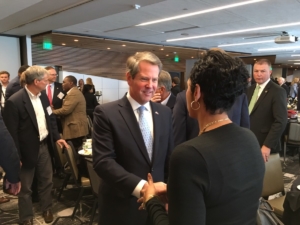 He made the very conciliatory speech at a session to close the Biennial Institute at the University of Georgia, a three-day networking and learning event held every two years for state lawmakers.

It was only about three weeks ago that his Democratic opponent, Stacey Abrams, officially ended her campaign to become governor. Official results put Abrams about 55,000 votes behind Kemp out of some 3.9 million cast — very close results by Georgia standards.

In the Tuesday speech, Kemp called it the most divisive election in Georgia history and said it’s time to leave politics behind and work together as Georgians.

But it may be difficult to win over critics who remember that during the campaign, Kemp press releases regularly labeled Abrams an extremist and radical. And that during the primary, Kemp promised to be a politically incorrect conservative.

Kemp’s message on Tuesday was a return to several of his campaign trail policy promises: cutting regulation, cutting taxes and crushing criminal cartels.

He also said the state needs to fund education, health care, infrastructure and public safety; but it also needs to look for ways to to streamline government and cap its spending.

He said that the rising tide in Atlanta, Augusta and Savannah has not lifted rural communities.

“Some continue to struggle,” said Kemp. “In some areas it feels like they’re still in the Great Recession.  As governor, I will work to ensure that someone’s potential is not determined by their zip code or the county where they reside.”

Kemp’s victory depended more heavily on rural voters than did that of outgoing Republican Gov. Nathan Deal. This time, populous Cobb and Gwinnett joined Fulton and DeKalb in the blue column, offering more evidence that the suburbs are no longer conservative strongholds.

As for Kemp’s policy, fine details will emerge by next month, as lawmakers gather for their annual session in Atlanta and Kemp submits a budget proposal for what will be something like $27 billion in state spending.

Teachers will be looking for the $5,000 permanent annual raise he pledged when campaigning —  at a cost of $600 million annually, per the Kemp campaign’s estimate.

Veterans will remember a pledge to end the state income tax on their retirement income. (A version of that idea proposed in 2015 which included surviving spouses’ benefits, would’ve cost about $100 million per year. Less-expensive tiered versions might, say, offer a complete tax cut only to the oldest veterans.)

Fiscal conservatives will be looking for that cap on state spending.

And everyone who pays taxes will remember that Kemp said he looks forward to cutting them.

To do all that, the governor would need a lot of people working together.