Kemp is looking to drive down premiums by as much as 25% for folks who are buying their own health insurance in parts of rural Georgia where health care access is low and insurance costs are the highest.

The governor and his staff are calling the set of changes innovative and market-driven. 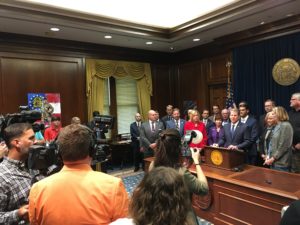 To knock down premiums as early as 2021, the state would start eating some of the cost for customers who have the highest medical bills. Georgia would pay out about $104 million in the first year, in expectation of about $264 million matching funds from the feds. The savings would be highest in rural Georgia, but lower in metro areas where there is more insurance competition.

“According to our research and modelling, hundreds of thousands of Georgians will see a reduction in their premiums,” Kemp said, as he announced the plan at his state Capitol office on Thursday.

Technically, it’s called “reinsurance.” With a big payer like the government putting millions of dollars of in an insurance pool, it drives down and stabilizes prices for the typical Georgians who are in the same pool.

Though Georgia regulators would get a new job too: making sure insurance companies pass savings onto customers instead of pocketing the cash.

Reinsurance is likely to have few opponents. Democrats embrace it too and many states do it already.

Kemp’s plan would also end the use of the website Healthcare.gov in Georgia. Georgians who go there would be automatically sent to a state page that would list insurance carriers and brokers in some way. The site has yet to be designed, but from there, a person would choose a broker or insurer and start shopping.

The Kemp administration contends that Healthcare.gov is such a poorly designed website that it’s all but unusable.

The idea is that not everybody needs every kind of coverage.

Because skinny plans let healthier, younger people opt out of the wider pool, they’re seen as an end-run around ACA.

A Trump administration plan to loosen rules on some skinny plans and ACA have run into legal problems.

Kemp made a third point of special interest to people who work at small places that don’t offer health insurance. Employers would get the ability to pay something towards their employees’ Obamacare plans.

More health news is coming from the state Capitol on Monday. Kemp said that’s when he’ll announce a second plan that will propose changing Georgia’s Medicaid rules in some way.

Both plans need approval from the federal government. Technically, they’re called state “waivers” from federal rules. Kemp’s aides say Atlanta has been in touch with the White House and the Centers for Medicare & Medicaid Services for months.

A slide from Gov. Kemp’s office shows how Georgia would be split into zones under his plan for lowering premium prices for folks buying their own insurance. The idea is to extend the largest subsidy to folks who have the highest medical bills, the highest premium prices and the least choice among providers. 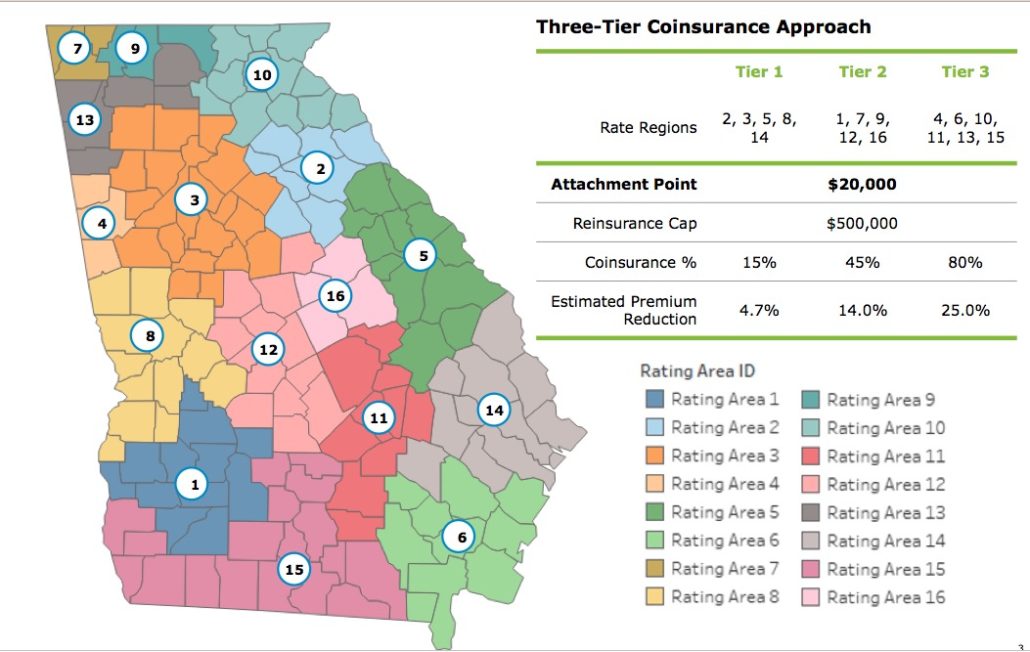