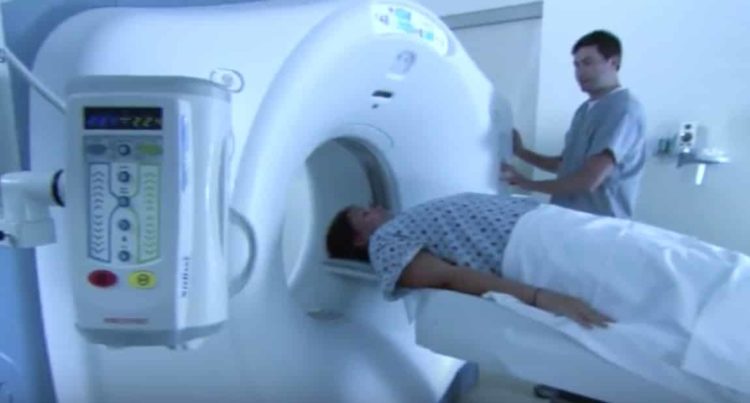 Stoke patients can receive angiograms in a suite within Grady's stroke center, meaning they don't have to be transported for tests that involve a dye being injected and to determine if areas of concern appear on an X-ray. Credit: Grady Health Foundation 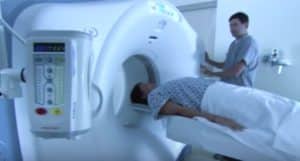 Stoke patients can receive angiograms in a suite within Grady’s stroke center, meaning they don’t have to be transported for tests that involve a dye being injected and to determine if areas of concern appear on an X-ray. Credit: Grady Health Foundation

“The American Heart Association and American Stroke Association recognize Grady for its commitment to stroke care,” Dr. Paul Heidenreich, national chairman of the Get With The Guidelines Steering Committee and a medical professor at Stanford University, said in a statement.“Research has shown there are benefits to patients who are treated at hospitals that have adopted the Get With The Guidelines program.”

Speed of treatment for stroke patients by Grady’s doctors and nurses is a key factor in the criteria for winning the award. Speedy treatment factors into the level of recovery from the medical emergency, and even when the victim lives or dies as a result of a stroke.

“A stroke patient loses 1.9 million neurons each minute stroke treatment is delayed,” Dr. Michael Frankel, director of Grady’s Marcus Stroke and Neuroscience Center and professor and director of vascular neurology at the Emory University School of Medicine, said in a statement.

Frankel started at Grady as an intern and in 1992 joined the faculty of the Emory School of Medicine. He has served as Grady’s chief of neurology since 1992 and has worked with a number of clinical trials that have advanced treatment for stroke, according to a video posted when he’d received the 2016 Visionary Award from the Grady Health Foundation.

“This recognition further demonstrates our commitment to delivering advanced stroke treatments to patients quickly and safely,” Frankel said. “Grady continues to strive for excellence in the acute treatment of stroke patients. The recognition from the American Heart Association/American Stroke Association’s Get With The Guidelines-Stroke further reinforces our team’s hard work.”

To qualify for the Target: Stroke Honor Role Elite Plus award, hospitals have to comply with measures intended to reduce the time between a patient’s arrival and treatment with the clot busing medicine, tissue plasminogen activator. TPA is the only drug the U.S. Food and Drug Administration has approved to treat ischemic stroke.

TPA also is the product that Frankel encountered in his first clinical trial after he joined Emory and Grady. Frankel said in the video that Grady was one of eight centers that tested tPA and proved its effectiveness, leading to its FDA approval.

The Marcus Stroke and Neurscience Center opened in 2010 following a $20 million contribution by the Marcus Foundation.

In addition to recognition for the actual treatment of a medical condition, the award recognizes the ongoing resurgence of the state’s largest safety-net hospital.

In 2007, the Grady Health System teetered on the brink of bankruptcy and was pulled back through a community-wide initiative led by retired Georgia Pacific CEO Pete Correll and other civic leaders.