By Guest Columnist MICHAEL KEATING, a Decatur-based writer who specializes in public policy

New housing is popping up near the recently opened South Peachtree Creek Trail in my neighborhood in Decatur. Pulte Homes is building mid-rise condos in the $300,000-plus range and townhomes in the $600,000-plus range on a 37-acre site adjacent to the trail. A 1960s-era apartment complex was demolished to make way for the new housing. 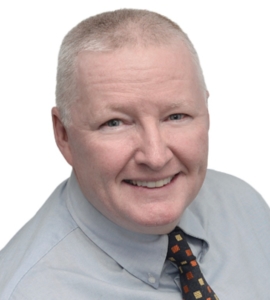 “We believe the trail is an important selling feature for our Parkside at Mason Mill project, which is very close to the trail,” said Amy Peets, Pulte’s online sales manager. “That’s why we are in talks with the county to build a link from the project to the trail. We haven’t gotten word yet from the county.”

PATH began constructing the extension of the South Peachtree Creek Trail to North Druid Hills Road at Spring Creek Drive in October 2016. This trail segment is primarily a boardwalk structure 10 feet to 20 feet above the ground. The extension connects with the South Peachtree Creek Trail at the Mason Mill Tennis Center parking lot thereby providing seamless walks and rides between Leafmore and Medlock Park. According to a statement by PATH describing the project:

“I believe that now, trail users are mainly people in the neighborhood who already know our framing business is here,” Scott said. “Most people walk to the trail. People using the trail live right here or near here. As the trail gets better known, it will attract more visitors from outside the area, and those people may visit our shop. We certainly hope to get more business as a result of the trail. We wouldn’t mind that at all.”

A wide greenway suited for bicycles that links to the South Peachtree Trail is now being constructed next to the frame shop.

Chris Ashkouti, principal at Heritage Capitol Partners, is building eight single-family homes and seven townhomes near the South Peachtree Creek Trail. His development is called the Fields at Druid Hills. It is at the corner of North Druid Hills Rd. and Blackshear Drive, and about a block from the trail. Ashkouti’s development, in fact, feeds right into the recently built greenway.

“The trail as an amenity has been a great plus for us. I’m finding it’s one of the first topics that prospective home buyers raise when they ask about the homes,” Ashkouti says. “The development wraps around to Clairmont Road, so we are getting a lot of interest from the Emory University community. And trail developers have announced that the trail will wrap to the Emory University campus in the near future, so it’s really helped us.”

Today, there’s a lot of emphasis on walkability in a community, Ashkouti says. 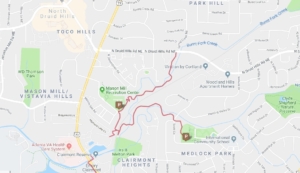 The 1.8-mile-long trail racks up ‘major points for scenic beauty’ as its paved trails and wooden boardwalk wind through an array of treetops and beside a tumbling creek, according to a review on atlantatrails.com. Credit: pathfoundation.org

”The trail now allows you to jump on your bike so you can get to different places in a hurry and that’s nice,” he said.

Medlock Park, the Central DeKalb Senior Center and the Toco Hill-Avis G. Williams Library on McConnell Drive are within walking distance of the trail. The new amenity also offers a way to avoid the Clairmont Road/North Druid Hills Road traffic, which can sometimes be sluggish.

“Anytime you can build something where folks can travel on their bike or even walk to get to different areas around town, it spurs a lot of new development and an influx of new residents into the neighborhood,” Ashkouti said.

Meanwhile, prep work has started for the Dumont Place community by Ashton Woods. The Grand Slam Golf & Baseball complex with driving range used to occupy the space on North Druid Hills Road. The development is also quite close to the South Peachtree Creek Trail.

Dumont Place is to be a gated community of townhomes that is slated for construction in late summer 2018, according to the builder’s web site. The development is to feature acres of greenspace, a pool, cabana and other amenities within the community. Shopping, dining and parks are nearby.

“The South Peachtree Creek Trail certainly played a positive role in our decision to locate our upcoming community Dumont Place in this neighborhood,” said Mike Busher, division president of land for Ashton Woods. “As a homebuilder, we always try to offer our buyers a well-selected mix of features, including access to nature and green spaces. We are looking forward to opening sales for Dumont Place and offering proximity to the trail to our buyers.”

The National Recreation and Park Association, a non-profit that works to advance public parks, recreation and conservation, sees the connection between trails, infrastructure and booming property values.

“High-profile parks and trail projects, like the Highline in New York, the 606 in Chicago, and the Atlanta BeltLine have spurred billions [of dollars] in private investment, and have raised home values in surrounding neighborhoods,” said Kevin O’Hara, NRPA’s vice president of urban and government affairs. 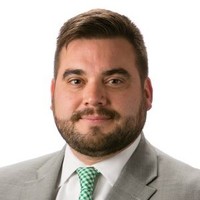 O’Hara said other linear park and trail projects, such as the Dequindre Cut in Detroit and the Rose Fitzgerald Kennedy Greenway in Boston, draw visitors from across their respective regions.

O’Hara said trails like the Buffalo Bayou, in Houston, and the Grand Rounds, in Minneapolis, serve as transportation hubs for communities and spur infrastructure improvements in surrounding areas.

“Hiking trails, bike paths and walking paths within a park often lead to sidewalks and transportation improvements in the surrounding community,” he said.

In addition to the economic benefits, NRPA studies have continually shown the positive health and social aspects of living near parks, O’Hara said.

“Furthermore, the impact of property values in areas surrounding parks bears out the priority that Americans place on living near a high quality public park,” he said.

According to NRPA’s 2017 Americans’ Engagement with Parks Survey, 85 percent of U.S. residents consider high-quality park and recreation amenities as an important factor when they are choosing a new place to live. 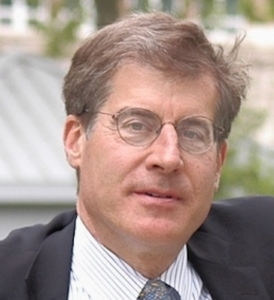 “The success of projects like Bryant Park and the High Line in New York, Military Park in Newark, and Klyde Warren Park in Dallas clearly has had an impact on other cities,” he said.

Biederman says his firm has created massive real estate value by turning Bryant Park in New York into a showplace. 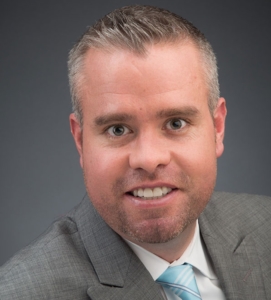 He says several studies by top appraisers and accounting firms show billions of dollars in value were created through the park’s improvements.

“Blackstone, Brookfield, Hines, and Tishman Speyer are major real estate firms that have benefited in the process,” he said.

Jonathan McCollum is sold on parkways as a community investment. He serves as director of federal government relations at Davidoff Hutcher & Citron LLP. The firm represents a number of transportation and infrastructure clients, including the New York Building Congress and the Brooklyn Chamber of Commerce.

“Just look at New York City, where Brooklyn Bridge Park has become an invaluable resource on the East River, drawing tourists and creating demand for riverfront housing,” he said. “Or Boston, where the Rose Fitzgerald Kennedy Greenway has kick-started development of an area that was once the underside of a highway. In densely-populated city centers, these green spaces provide enormous benefits, economically and socially. Simply put, people enjoy spending time [and therefore money] around beautifully landscaped parks.” 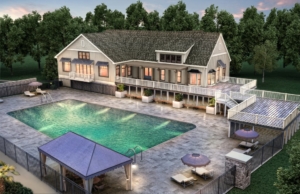 The planned amenities package at Pulte’s Parkside at Mason Mill include a clubhouse, pool and, developers hope, a connection to the South Peachtree Creek Trail. Credit: Pulte

“When a developer builds near urban green spaces, residents will quickly follow – and they often are willing to pay a premium to enjoy a beautiful outdoor recreation area,” he said.

Meanwhile, back in my neighborhood, Pulte Homes is waiting for an OK from DeKalb County to build a walkway from its new housing development to the new South Peachtree Creek Trail extension. Even before that happens, I’ll start loading my U-Haul cargo van to move into one of the new Pulte residences, so I can enjoy the trail’s many amenities.

Note to readers: Michael Keating produces content for ‘American City & County’ and the ‘GPN’ web site. He’s written about the government market for USA Today and more than 100 other publications and web sites.