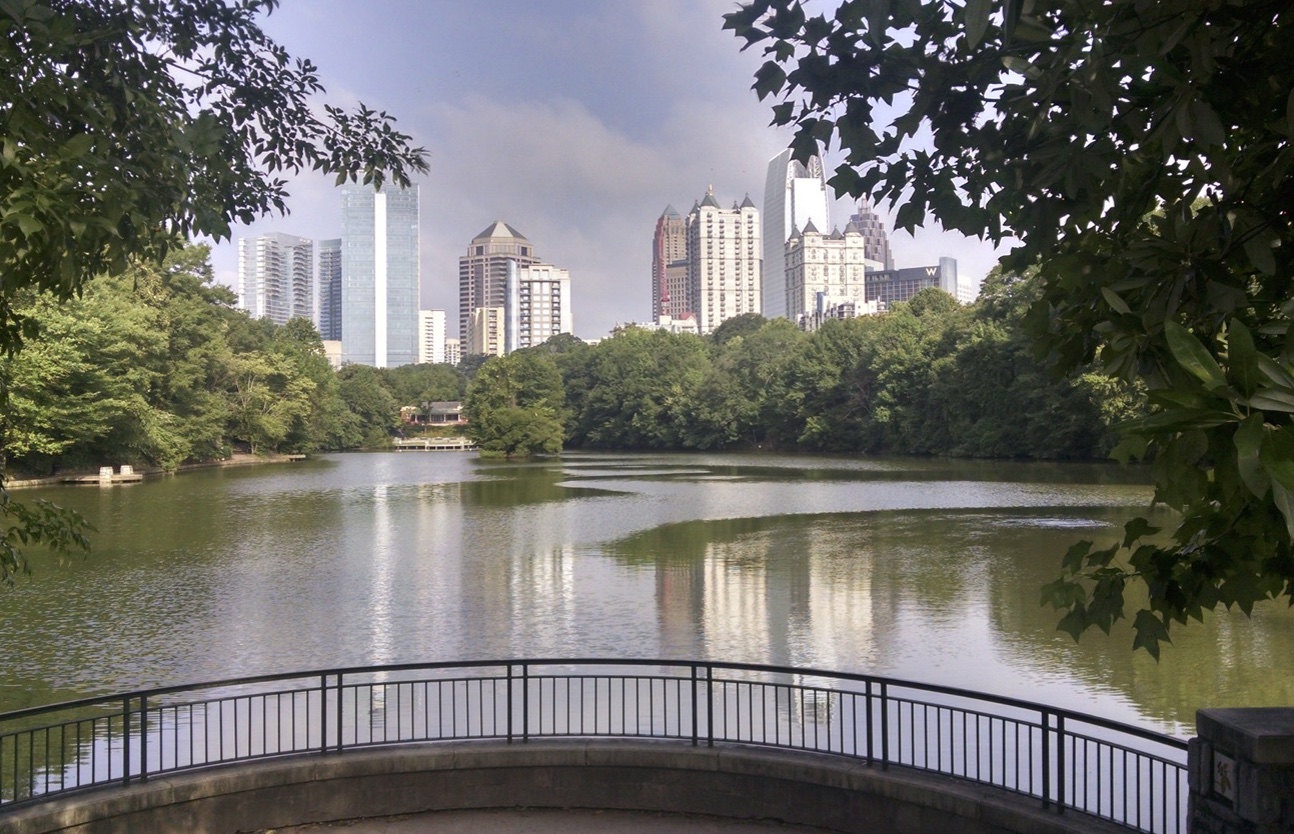 Since the Industrial Revolution, the atmosphere has been the world’s principal repository for carbon pollution, providing a free-for-all approach to waste management that has resulted in global climate change with serious consequences for human and environmental health.

Responding to the need for action, two major climate milestones occurred this summer.

And at the local scale, the City of Atlanta released it Climate Action Plan, setting targets for Atlanta’s carbon emissions. 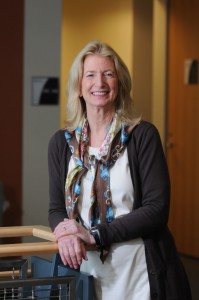 How can this partnership work?

The Clean Power Plan gives states flexible options to meet carbon pollution limits in ways that reflect their resources and preferences. The low-cost compliance pathways that Georgia Tech has modeled for the South are different from business-as-usual: they accelerate the closure of coal plants and increase investment in gas plants, but the growth of natural gas is strongly tempered by a strong uptake of energy efficiency and renewable energy.

Since the Clean Power Plan was released a year ago for public feedback and input, a number of opponents have claimed that reducing carbon pollution will saddle American families with higher electricity bills and will hurt the economy. In contrast, an increasing number of independent studies, including a new study by Georgia Tech, show that if states choose low-cost approaches to limit pollution with an emphasis on energy efficiency, they can reduce electricity bills.

As energy is used more effectively, non-competitive power plants can be retired, construction of new power plants can be deferred, and transmission and distribution infrastructure investments can be postponed. And that in turn can mitigate expected rate increases. Jobs would grow (since energy efficiency is a labor intensive enterprise) and more of these jobs would be local. 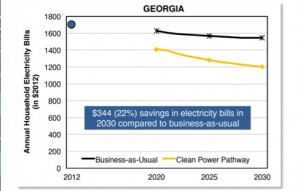 During a recent Georgia Public Service Commission hearing, a witness for the Commission testified that the delayed construction schedule for plant Vogtle’s nuclear units 3 and 4 would add $319 to the average annual residential ratepayer’s bill beginning in 2016. In contrast, analysis by the Georgia Institute of Technology suggests that the average household in Georgia could reduce its annual electricity bill by $220 in 2020 and by $344 in 2030, if a low-carbon pathway with a major push on energy efficiency and solar power, plus natural gas were implemented.

While Atlanta’s skyline has long been a symbol of innovation and prosperity, what you don’t see is that the buildings in this silhouette are some of the city’s largest energy consumers and polluters.

The CBEEO will give owners the ability to retrieve utility data from tenants, and will require that the data to be entered into an online software tool. In return, the owners will receive weather-adjusted performance scores that they can compare with the scores of similar properties. This will help building owners diagnose the energy efficiency of their buildings: knowledge is power. 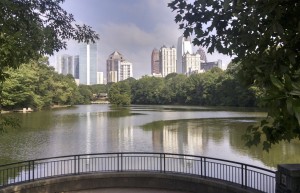 Then, to help building owners improve the efficiency of their buildings, the Mayor’s Sustainability Office can help owners obtain building energy audits, financing and assistance to retrofit their buildings. Atlanta’s receipt of a City Energy Project grant is facilitating this process. Last year, Atlanta was selected to become one of 10 cities nationwide to join the City Energy Project, an initiative designed to improve energy efficiency in large buildings. The initiative in Atlanta is projected to deliver $2B in energy savings.

As a result of this ordinance, Atlanta’s real estate market will soon operate more efficiently. High-performance buildings will be worth more. Tenants with high utility bills in poor performing buildings will be empowered, and buyers will know more about the true value of properties before making an offer.

Replicating Atlanta’s approach across the nation (benchmarking, transparency, energy audits, and retro-commissioning) could go a long way toward meeting the goals of the Clean Power Plan.