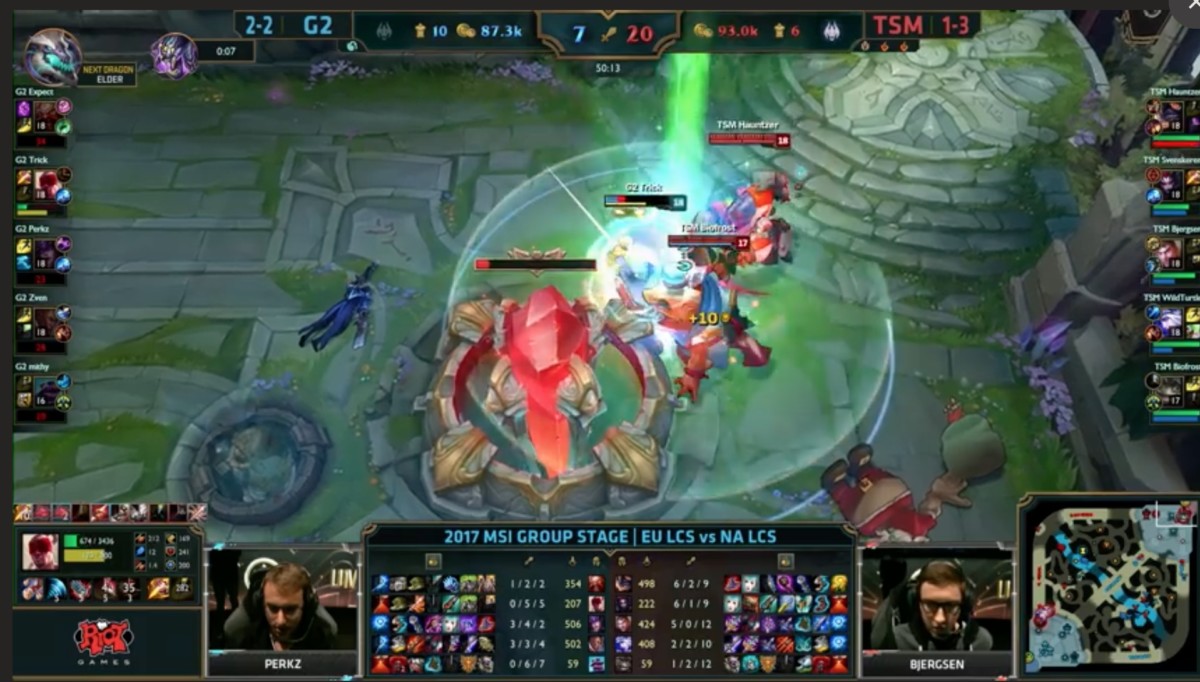 Georgia State University has announced a team of varsity athletes for its new esports team, which will compete against collegians from more than 30 other schools in a national league. Credit: leagueoflegends.com
Share4
Tweet
Share6
Pin
Pocket
WhatsApp
Buffer7
Email
Reddit
17 Shares

Some students at Georgia State University are likely to be among the younger millennials who skipped the Super Bowl on Sunday in order to focus on a different competitive sport – one in which the computer screen is the playing field. 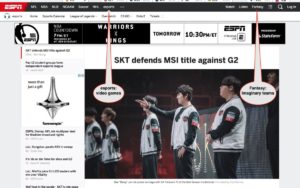 These students are part of the gamers and fans who get their kicks from esports and, to a declining degree according to a report, from pro football. And they get more than kicks from a genre so new that there seems to be little agreement over how it’s spelled – esports, Esports and eSports seem to be the most common.

Esports hold the promise of teaching skills that can help secure jobs and careers after college. These fields include broadcasting and production, the marketing of Esports and tournaments, coaching, student management and the actual development of games, according to a statement GSU issued in August 2017, when it announced the new esports program.

Against this backdrop, the controversies that embroil pro football can seem as far removed from modern life as the make-believe corn field Kevin Costner’s character converted into a baseball diamond in the 1989 movie, Field of Dreams.

Some have said the same of the Georgia Senate’s vote to pass a resolution that denounces the NFL for its positions related to players not standing during the National Anthem. The resolution describes pro football as representative of, “the very best of American meritocracy.’’ 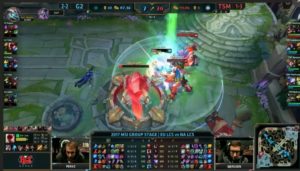 Georgia State University has announced a team of varsity athletes for its new esports team, which will compete against collegians from more than 30 other schools in a national league. Credit: leagueoflegends.com

As if to underscore Cheshire’s comment, spectators can watch GSU’s games through dedicated channel on Twitch, a livestream started in 2011 to showcase video games. The founders cashed in three years later, selling to Amazon for $970 million a platform used by 55 million-plus individuals, according to a report by businessinsider.com.

Amazon has expanded its holding, according to a report on livewire.com, and now offers shows with categories including such digitally evocative names as:

GSU stuck its toe into the esports water by connecting students to the League of Legends and Smite competitions. Students on other platforms were invited to join, as well.

Last week, GSU announced that nearly 20 students made the varsity team. As such, they are held to high academic standards, must maintain eligibility at levels required for a HOPE Scholarship, and must adhere to the university’s Code of Conduct.

They team is to compete with other collegians from more than 30 other universities who, like GSU, are members in the National Assocation of Collegiate Esports, as well as other institutions in the Georgia Esports League.

GSU is fielding teams in the games Brawlhalla, League of Legends and Smite.

Previous Article
‘I, Tonya’ – a white-trash winter wonderland of a movie
Next Article
The end was a beginning