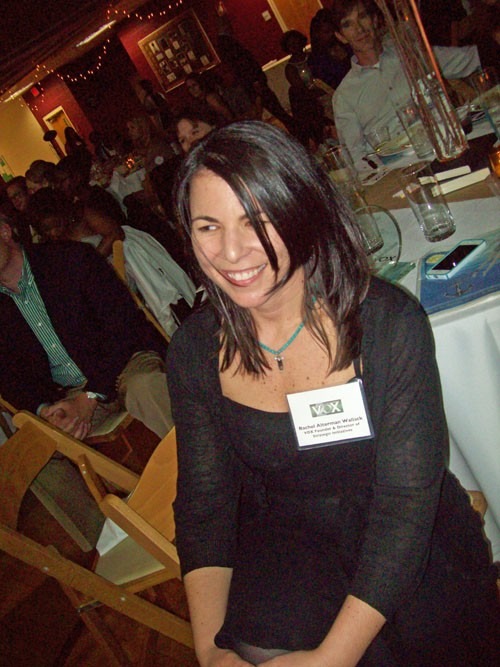 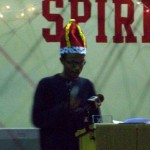 After the U.S. Supreme Court ruled in 1989 that schools could censor student newspapers, teenagers responded by creating their own uncensored and independent newspapers. Atlanta became home to VOX—Latin for “voice.”

Many of these papers folded in an era of massive cutbacks in professional journalism. But against those odds, VOX Teen Communications celebrated its 20th anniversary Saturday at the Martin Luther King Jr. Center for Nonviolent Social Change.

While 20 years might not seem like a screamer of a lead (journalism buzzword for the first paragraph of a news story), consider:

VOX survived by filling a need not in journalism but in families, for a quality program that teenagers can attend after school. Childcare is tax deductible only until age 13, one reason for the “dearth of quality after school programming for teenagers in this country,” said Rachel Alterman Wallack, the agency’s founder and former executive director.  “Ninety-five percent of all funding for after school programs is for younger kids.”

VOX wasn’t just somewhere to go; it was somewhere to achieve, as many students launched successful college and professional careers in fields beyond journalism, earning the Gates Millenium scholarship among other awards.

All the news teens fit to print 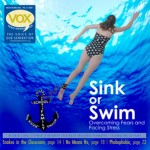 In those short hours and on the weekends, VOX attracted students from all over the metro Atlanta area, who were mentored by professional journalists and other advisers. They reported, edited, photographed and designed a newspaper that publishes five times a year and a website www.voxteencommunications.org, that updates continuously, filled with work not likely to be deemed suitable by most high school administrators. Some of it is truly groundbreaking.

In 2007, with the support of grant funding from the Atlanta Women’s Foundation, VOX  brought teenaged female staffers together with prostitutes living in protective custody, as their pimps faced prosecution in federal court. The result was a package of stories written by both VOX regulars and the teen victims of sexual exploitation.

VOX teens also spent three years speaking up for teens as lawmakers contemplated changes in Georgia’s antiquated juvenile code, Wallack said. Without taking specific stands on juvenile justice reform, VOX used its website as a platform for teens to speak out on how they are affected by the existing law as well as proposed changes. In May 2013, Gov. Nathan Deal signed HB 242, a sweeping overhaul of Georgia’s juvenile justice code, which hadn’t been changed in 42 years. The new law shifts some of the emphasis from juvenile crime punishment to prevention by creating alternatives to incarceration for low to medium risk offenders. It also requires the presence of attorneys throughout the entire adjudication process as well as the creation of tiered felonies that carry different sentences for lesser offenses.  The new law also vacates convictions for minors charged with sex crimes in cases in which they were victims of sexual exploitation.

Other VOX reports have focused on faith and religion, the triumphs and dangers of technology as well as poverty in Atlanta.

As they wrote, VOX staffers gained a voice. Mahmood Thompson, 18, earned praised for his first-person essay on Asperger’s Syndrome. In it, he describes how much of high school felt like a foreign country, how he was bullied for his lack of social skills and ultimately made the “dumbest of decisions” by trying to be the “cool guy just to appease my bullies.”

Thompson writes candidly about his slide into lethargy: skipping classes, acting out, stealing, smoking pot and hitting bottom. The Atlanta Technical College student also writes about how he climbed out.

But writing alone would not have sustained VOX. Wallack and her board of directors made sure to to include other types of instruction useful in other professions, such as public speaking, understanding technology and critical thinking. VOX endured by teaching teens to build a platform to find and share stories that connected them to each other and a society from which they often feel alienated and dismissed. 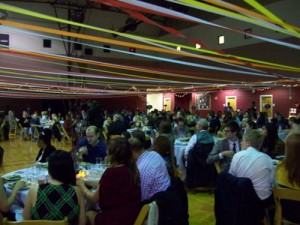 Alumni and supporters of the student newspaper and website program packed the King Center for VOX’s 20th anniversary homecoming.

Alumni and current staffers who filled the King Center for the VOX First Annual Homecoming Dance and Awards Dinner heard Wallack praise those “who have so courageously shared their stories … bravely shed light on the most pressing issues young people face in the last two decades, from surviving sexual commercial exploitation, yes being pimped on our streets, from eating disorders, homelessness, incarceration, sexual identity.”

Wallack was named to the VOX Hall of Fame during an evening in which student and professional journalism volunteer kings and queens were also crowned. The big VOX fundraiser is usually the spring spelling bee, but the dance pulled in $45,000 in individual contributions, said VOX executive director Jeff Romig.

“VOX has been one of Turner’s longest and strongest nonprofit partnerships,” said Kristina Christy,  Turner, Director, Corporate Responsibility “Congrats to VOX on 20 years.”

Thompson was named student homecoming king, and said writing for VOX had changed his life. Like great journalism, the program connected him to a vibrant world and helped him find his place in it.

“Its allowed me to meet new friends and given me a place where I was welcome,” he said. “The experience is revolutionary. I recommend it to anyone, especially to those who aren’t in the ‘In’ crowd.”