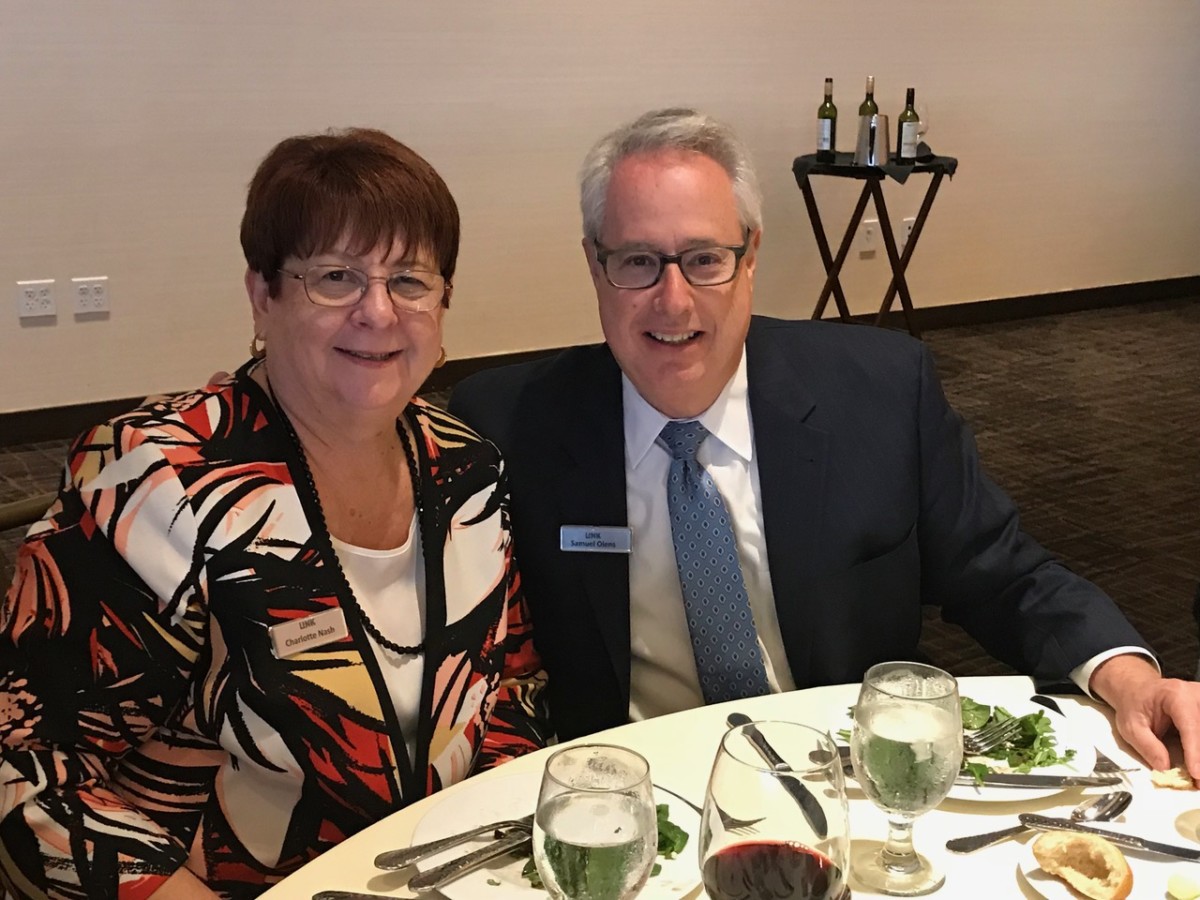 When it comes to expanding regional transit in Atlanta, all eyes are focused on Gwinnett County, the second most populated county in Georgia.

Gwinnett is weighing whether to go to voters in November with a transit plan to join MARTA or wait a year or two when it would be part of the Atlanta Transit Link, or ATL, metro Atlanta’s new regional transit agency.

“If we get Gwinnett to come on board, that’s 1 million people,” said Brandon Beach, the state senator who sponsored the ATL legislation. “If Gwinnett comes in, it will snowball. There will be momentum throughout the region.”

Specifically, Cobb County, North Fulton and South Fulton are all considered to be prime candidates for expanded regional transit. And Gwinnett’s decision could influence when those other areas will present their plans and what mode of transportation it will be.

Gwinnett County, in turn, has been looking to San Diego to help it decide what kind of transit it wants to propose.

Gwinnett County Chair Charlotte Nash and former Gwinnett County Chair Wayne Hill were both on the 2018 LINK trip to San Diego earlier this month, when they examined how the southern California city has implemented a network of commuter rail, light rail and bus rapid transit lines.

Since 1997, a group of about 100 leaders from the Atlanta region have been going on LINK (Leadership, Involvement, Networking, Knowledge) trips to different cities in North America to learn from other cities on how to tackle different issues, such as transportation and development.

Seventeen years ago, both Nash and Hill were part of the 2001 LINK trip to San Diego, when the Atlanta region was introduced to the concept of BRT – bus rapid transit.

“There’s a lot we can learn from San Diego in the way the modes are connected,” Nash said in an interview. “A lesson we can learn is that they’ve been willing to look at different modes and decide what makes sense in different areas. You can tailor the way you are providing transit to the communities you are serving.”

Gwinnett’s preliminary transit plan calls for an extension of heavy rail from MARTA’s Doraville Station up to Jimmy Carter Boulevard, where buses would feed into a multimodal facility.

Nash said the Gwinnett commission ultimately will decide on the plan and when to go to voters with a referendum.

“We would like to go when we know there will be a big turnout,” Nash said. “We know we have got to do something where transit is concerned. You are going to see a referendum on the ballot either in November or in 2019 or in 2020. We all understand where Gwinnett has gotten to and projections for our continued population growth.”

Nash, who had several lengthy conversations with MARTA Chairman Robbie Ashe during the recent LINK trip, said that at the very least, MARTA would operate the rail portions of Gwinnett’s plan.

“I absolutely see a mix of different modes being necessary,” Nash said. “If you have a dedicated lane for bus rapid transit, that could become the right-of-way for light rail at some point. Ultimately it’s going to be up to the voters.”

“We are ready for transit – especially in certain areas,” said Hill, who proudly mentioned that he started Gwinnett’s bus system when he was in office. “When I came out here to San Diego in 2001, I saw something like the ATL… I think you might see BRT first and other modes later.”

Since 2001, San Diego has consolidated its transit agencies into two providers, which serve different portions of San Diego County, which encompasses most of the metro area. Both providers serve different parts of the region, and they both offer rail and bus systems.

“They have simplified things,” Nash said. “It makes it a lot simpler when you have one county and 18 cities.”

“We were impressed by the growth and progress in San Diego facilitated by a robust transit system in a region of 3.3 million people,” MARTA’s Ashe said. “We wanted to see what a built-out light rail network looked like. It was impressive that they have built out both BRT and light rail. They have really done a good job of scaling local bus service.”

Paul Jablonski, CEO of San Diego’s Metropolitan Transit System, explained that its 55 miles of light rail – called trolleys – is the skeleton of the system. “Everything else feeds into it,” he said. “Our BRT is the second backbone of the system.”

But he cautioned that most of those routes actually are a “hybrid” of express buses and true bus rapid transit, that mimics rail transit with its own right-of-way and stations.

Jablonski said the bus routes have been successful in attracting riders, but San Diego has not seen economic development around its BRT stations as it has seen around its rail stations.

And development is one of the major reasons Gwinnett is more welcome to transit. It has lost the headquarters of a couple of Fortune 500 companies (NCR Corp. and WestRock Co.), partly because they wanted to be next to MARTA. And Gwinnett was not even considered by Amazon for its HQ2 because it doesn’t have rail transit.

“Transit is not a Republican or Democratic issue,” said Beach, who was on the San Diego LINK trip. “It’s an economic development issue, and it’s a quality of life issue.”

Previously, Beach had promoted the idea of having rail transit forming a “W” on the northern perimeter with lines following I-75, Georgia-400 and I-85 and connected along I-285.

Beach said he still believes in that vision, but he added that it will be up to the ATL board and the counties to come up with the project list.

Atlanta Mayor Keisha Lance Bottoms, who was not on the San Diego LINK trip, spoke at a Metro Atlanta Chamber event on May 14 to kick off Infrastructure week. The City of Atlanta passed an additional half-penny tax for MARTA in November 2016.

“Transit is a piece to the larger puzzle,” Bottoms said at the chamber event. “We know we are attracting businesses to the City of Atlanta because of our network of transit. We are having much more success than Gwinnett County or Cobb County because of MARTA.”

“Think about how far we have come,” Smyre said. “In the past, transit was something not to be talked about or mentioned. Now it’s on the horizon. The only reason is because it’s now part of the economic development equation. To have Gwinnett and Cobb – two population centers – considering transit is politically enlightened.” 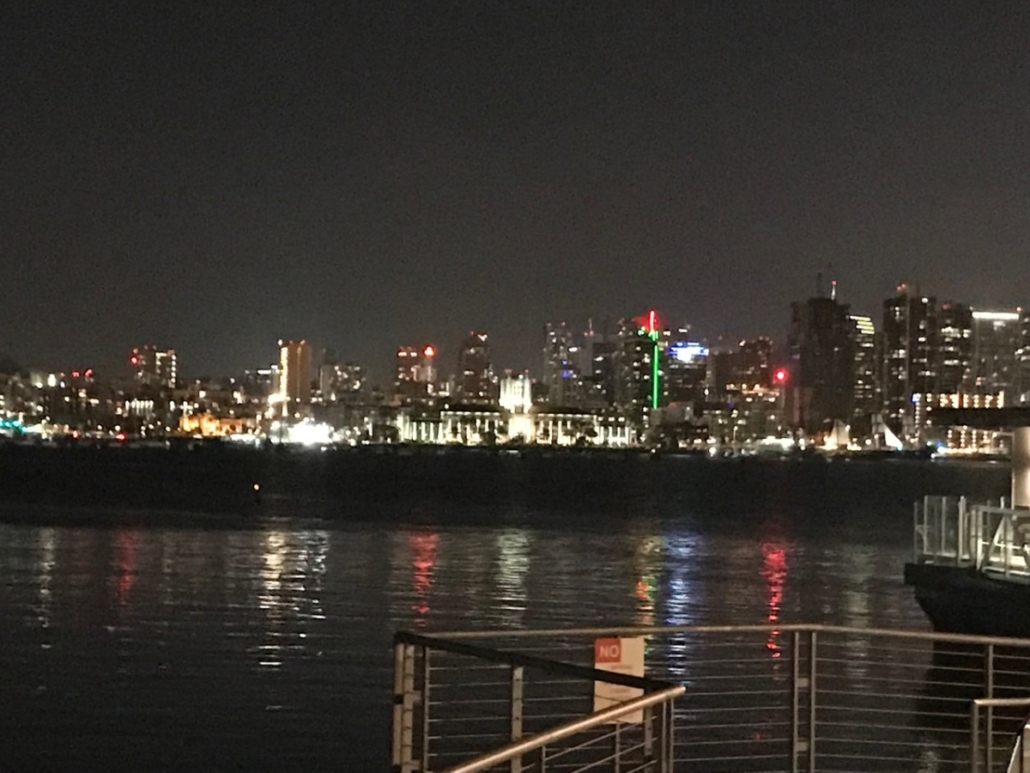 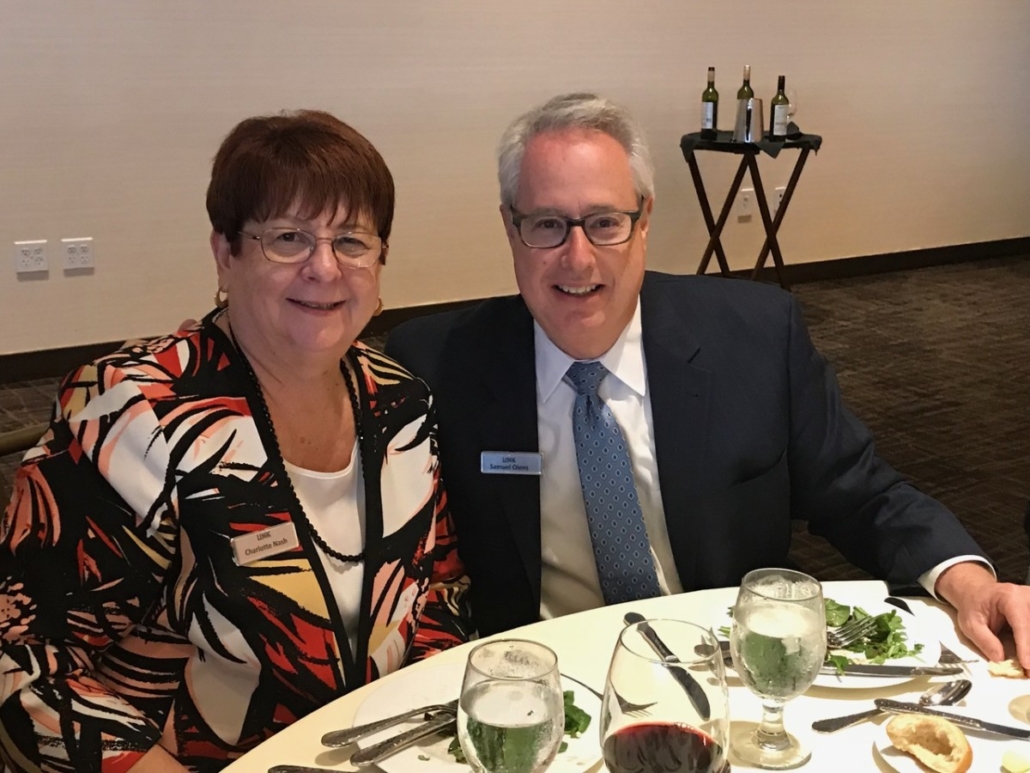 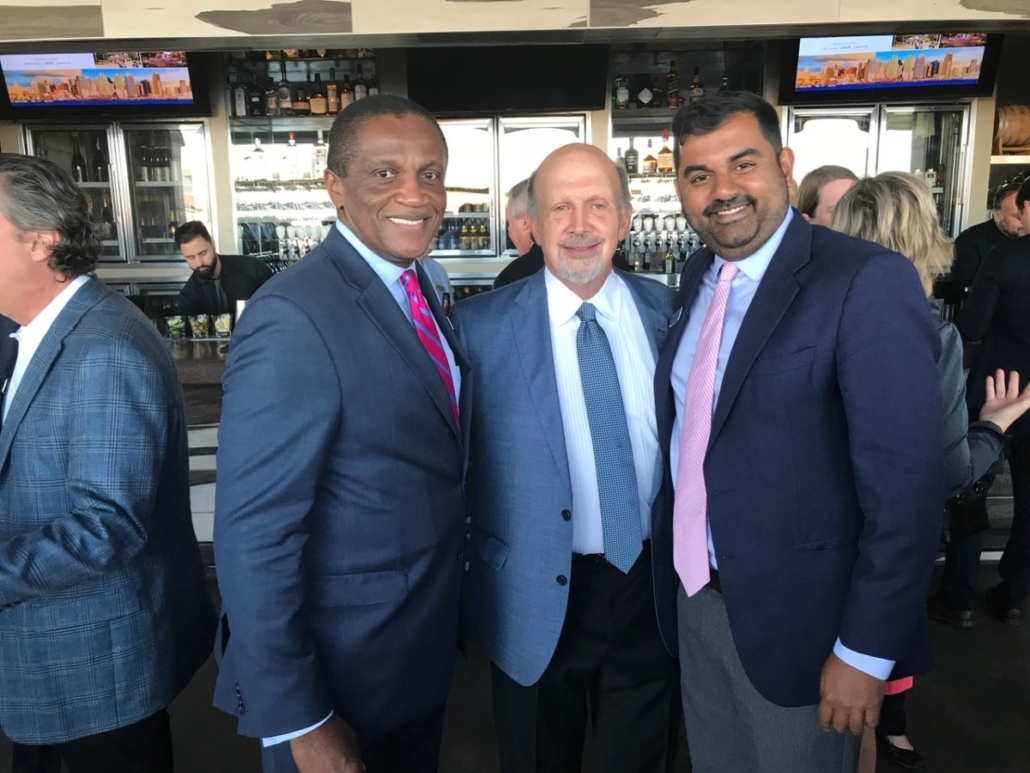 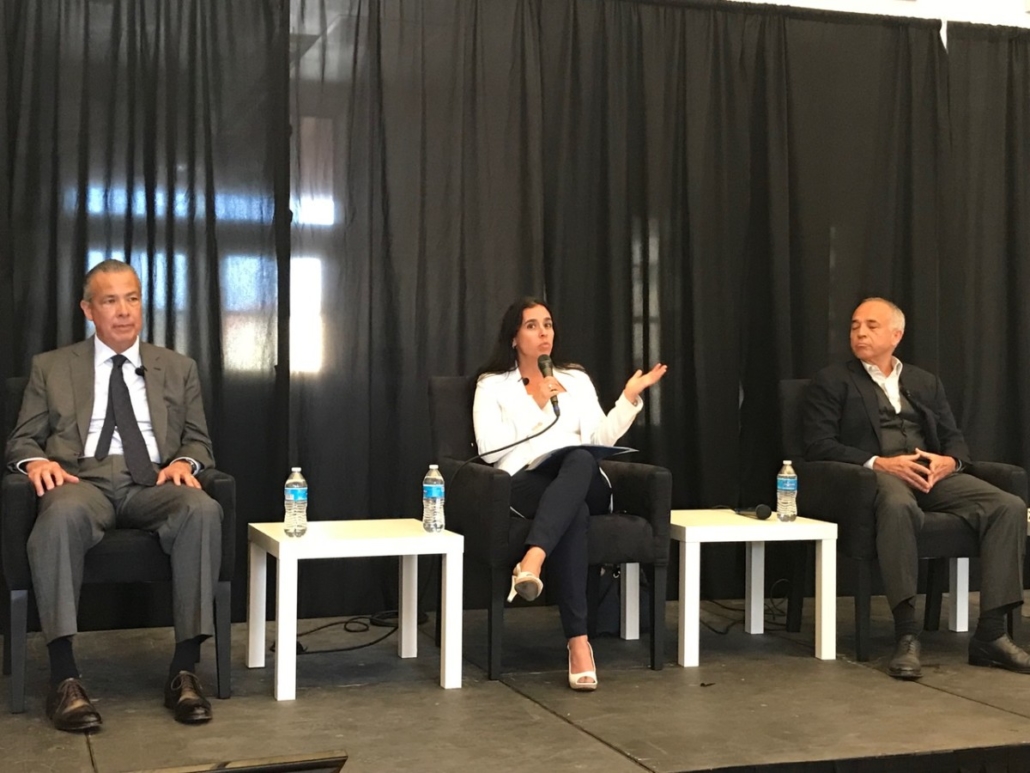 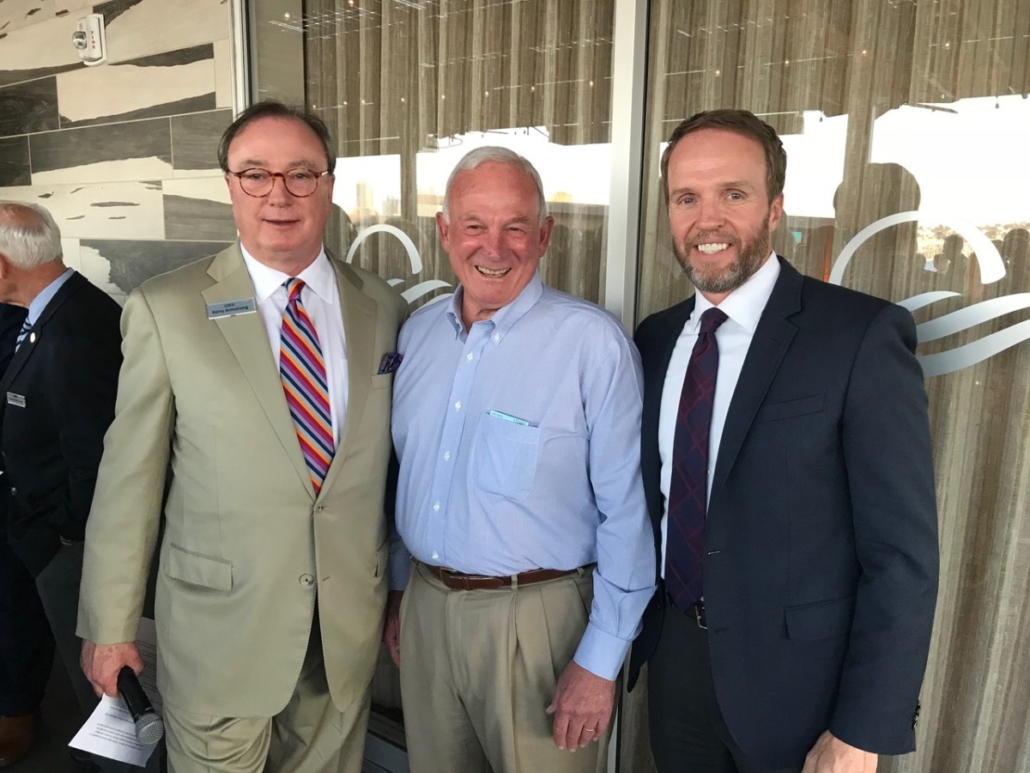 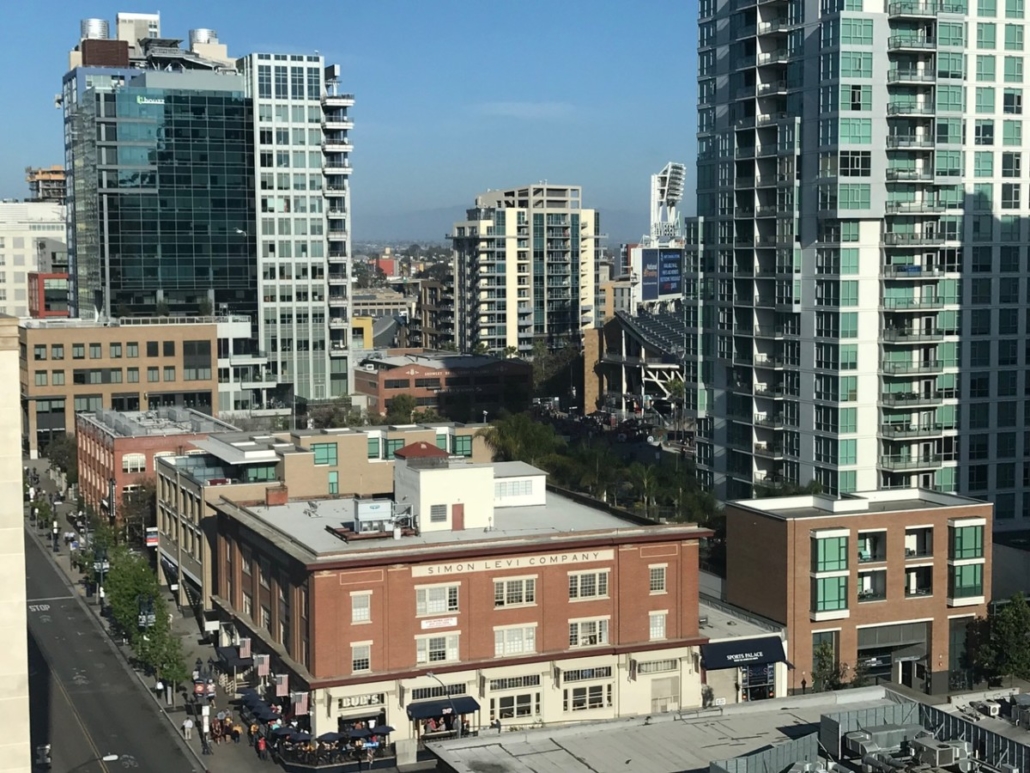 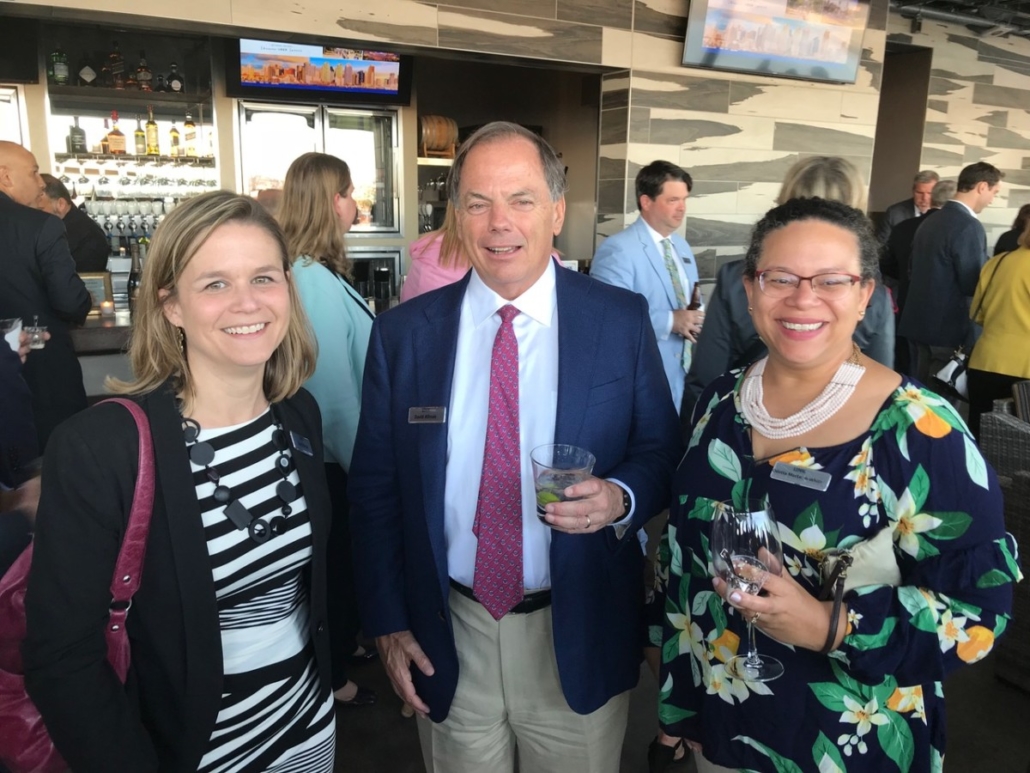 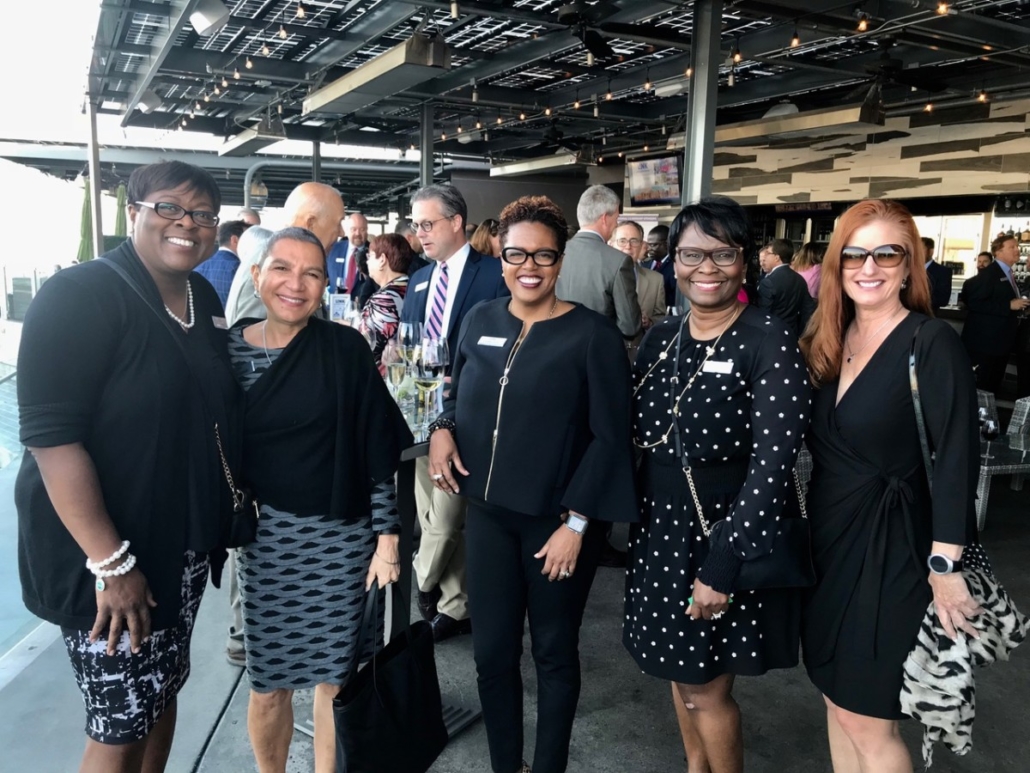